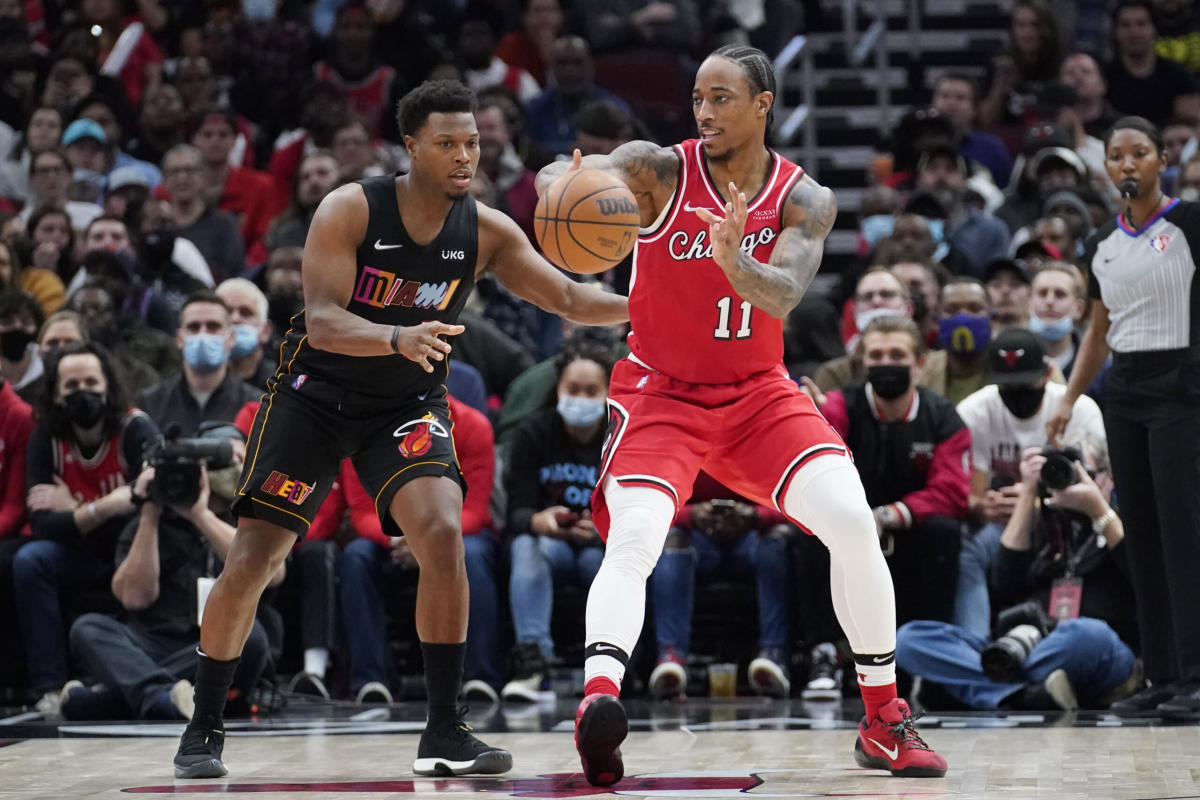 With training camp just a few weeks away, the Chicago Bulls go into the 2022-23 season with quite a few question mark surrounding their future.

After losing in the first-round of the playoffs last season, the Bulls bring back the majority of their roster, led by DeMar DeRozan and Zach LaVine.

With questions surrounding Lonzo Ball’s health and the future of Nikola Vucevic as the long-term big man, the Bulls could be in for a shake up if their season doesn’t go as planned.

David Thorpe of TrueHoop put together a proposed trade for Chicago, which sends DeRozan to the Miami Heat in exchange for Tyler Herro, Duncan Robinson, and rookie Nikola Jovic.

See also  Kings open to trading No. 4 pick in draft, but price is high

“If the Bulls struggle out of the gate the way they limped home last season, DeRozan could return some real mid- and long-term value to a Bulls team featuring Zach LaVine, Pat Williams, and a troupe of young guards. Coming off a monster season, DeRozan’s stock will never be higher.

The Heat—with Tyler Herro, Duncan Robinson, and Nikola Jović—have the pieces to bring DeRozan to South Beach. A DeRozan-Jimmy Butler wing pairing would give Miami a better offensive edge (especially if Butler doubles the number of 3s he took in the regular season, as he did in the playoffs) to overcome the Bucks and the Celtics without sacrificing overall defense. In return, the Bulls get a manageable contract in Robinson’s, a great prospect in Jović, and a budding star in Herro, who they would likely want the Heat to sign and extend as part of any deal.”

As Thorpe stated, trading DeRozan would only make sense if the Bulls start out the season slow with little to no hopes of advancing past the first-round of the playoffs. The career-year that DeRozan had in his first season in Chicago will be hard to match.

For Miami, adding another All-Star caliber player in Deebo alongside other battle-tested veterans in Jimmy Butler and Kyle Lowry gives the Heat another weapon in their efforts to contend in the East. If Pat Riley can’t find a better deal for a younger star with Tyler Herro and company attached, DeRozan could make sense.