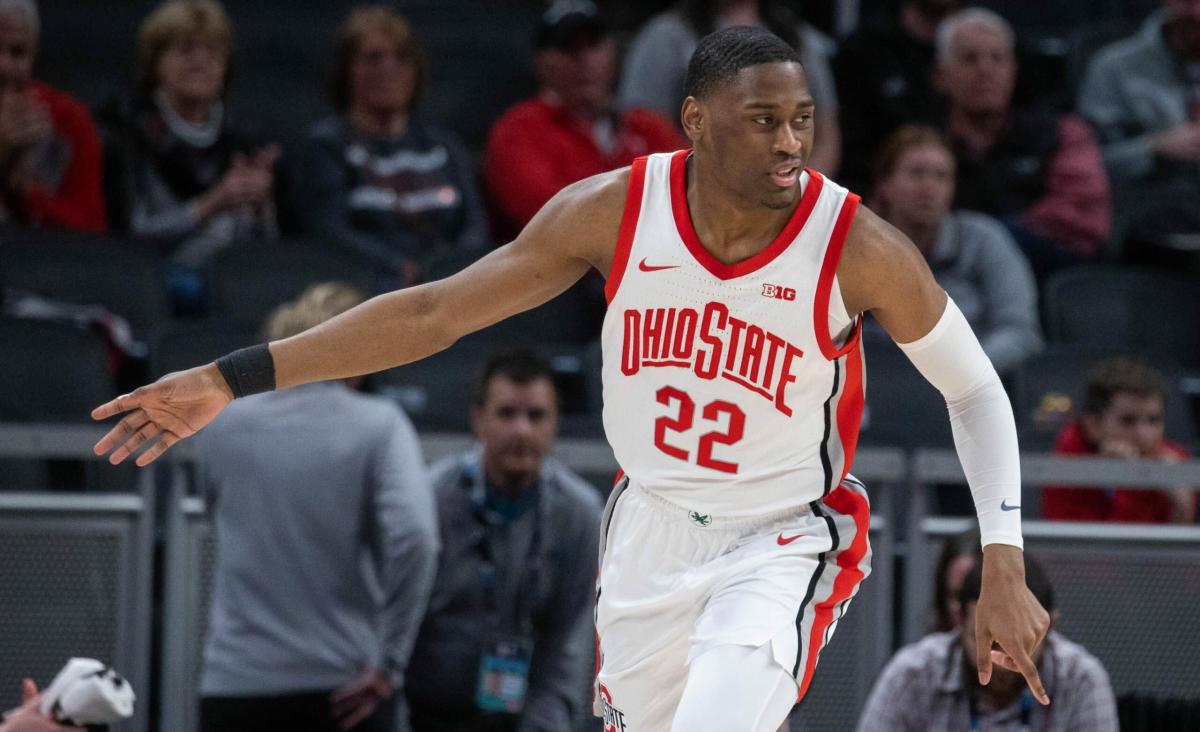 Malaki Branham emerged as a strong offensive weapon last season at Ohio State, and the projected lottery pick believes that is what separates him from the rest of the draft class.

Branham, the Big Ten Freshman of the Year, averaged 13.7 points, 3.6 rebounds and two assists in 32 games with the Buckeyes. He was one of five freshmen in the country to have multiple 30-point games and one of two from a Power Five school.

The 6-foot-5 guard is regarded as one of the top shooters in the draft after converting 41.6% of his 3-point attempts. He even tied a Buckeyes freshman record with six 3s on Jan. 2 en route to a career-high 35-point performance.

Branham, speaking Thursday on a pre-draft conference call with reporters, pointed to his efficiency and scoring ability that stands out above the rest of his peers.

I feel like what separates me is just being efficient in my scoring and what I do on the court. I do it at a high clip, I feel like, shooting the ball and scoring. I feel like I’m a good, efficient player so that’s kinda what I do best out of everybody in the draft class.

Branham proved a strong scorer that can go to work from all three levels. He wasn’t on the radar much entering the season, but he quickly shot up draft boards after a strong showing in conference play and is now a potential lottery pick.

He was among the prospects invited to attend the draft from the green room, a strong indication that he will be among the first 20 prospects selected. He certainly has the skill set that projects to fit in with nearly every team in that range and should be a good addition at the next level.

Knicks, Pacers among teams vying to trade up for Jaden Ivey at 4

Rumor: Chet Holmgren prefers to be drafted by Thunder at No. 2

Examining the 5 best potential lottery duos in the NBA draft