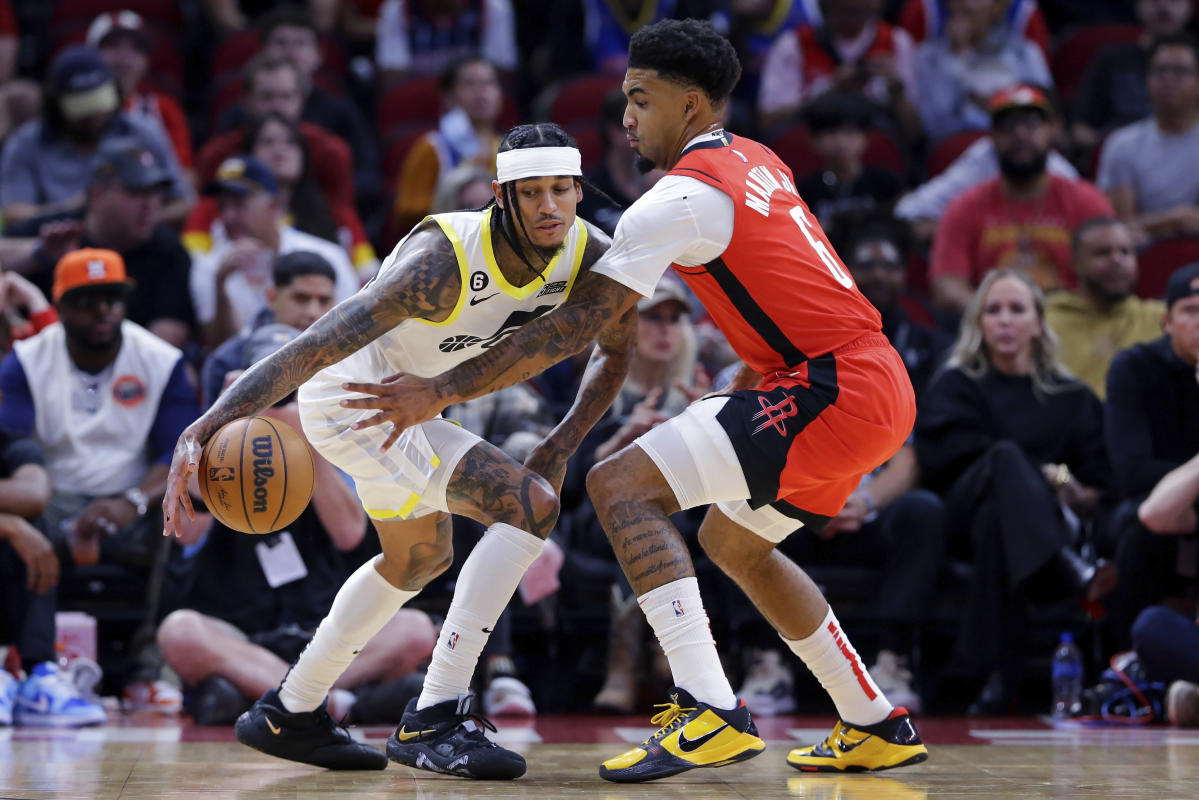 HOUSTON (AP) Kevin Porter Jr. scored 26 points and Jalen Green added 25 to lead the previously winless Houston Rockets to a 114-108 victory over Utah on Monday night, handing the Jazz their first loss of the season.

Utah and Portland began the day as the only undefeated teams in the Western Conference, both at 3-0. Houston entered 0-3.

The Rockets led much of the way, building a 10-point lead in the first half, but Utah tied it before Eric Gordon’s layup gave Houston a 110-108 advantage with 1:23 remaining.

Rockets rookie Jabari Smith Jr., the third overall pick in this year’s NBA draft, made all four of his free throws in the last 24.5 seconds to seal it. Smith finished with 21 points, nine rebounds and three blocks.

Porter went 9 for 9 from the free throw line and grabbed 10 rebounds.

Green had his third straight 20-point game, shooting 9 of 16 from the field – including 4 for 8 from 3-point range.

The Rockets led 51-45 following a sloppy first half that featured a combined 23 turnovers and 54 missed shots. Both teams were shooting under 24% from beyond the arc at halftime.

Houston led 21-18 after the first quarter, paced by Porter’s 10 points.

The Rockets snapped a four-game home losing streak to Utah in the first leg of a home-and-home set.

Eight of Houston’s next nine games are on the road.

Houston nearly blew a double-digit lead for a second time in three games, following a 129-122 loss to Memphis on Friday, when the Rockets led by 16.

See also  It didn’t happen in our series