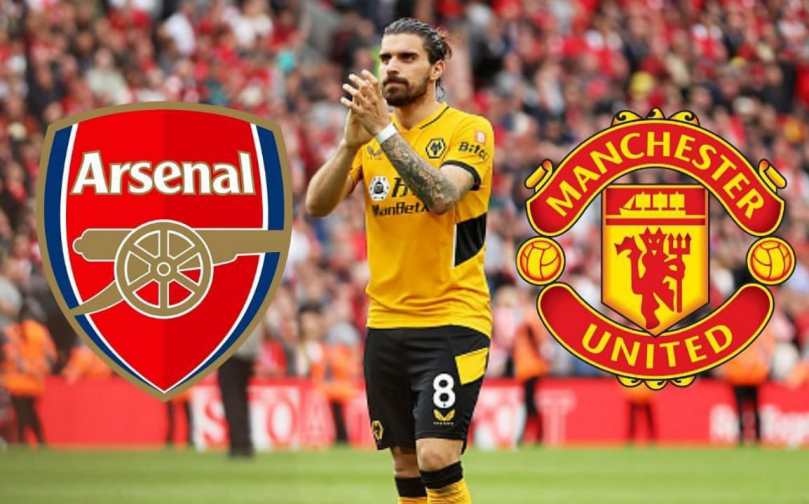 Premier League Transfers: Ruben Neves Transfer – Barcelona has reportedly dropped interest in their long-term transfer target Ruben Neves. The Wolverhampton midfielder has been on the radar of Premier League Giants Manchester United and Arsenal too. These two clubs will be keen to pounce on this opportunity in the upcoming transfer window. Follow Premier League LIVE Updates on InsideSport.IN

Ruben Neves has been one of the most influential players in Wolverhampton’s history. The current captain helped them promote to the English Premier League in 2018 after 6 years of exile. The Portuguese have struck the net 25 times in his career with the Wolves. However, the captain has been linked with a move away from the Wolves for quite some time now. Barcelona was his primary destination with the player showing his eagerness to join the Catalan club. Nonetheless, recently Barca has pulled themselves out of the race to sign the midfielder.

Barca board has been eager to sign the defensive midfielder in the upcoming transfer window. As Barcelona ace Sergio Busquets is almost certain to leave the club next year, the introduction of Neves would have been a long-term solution to their midfield problems. Their recent signing Frank Kessie is yet to make an impact on the midfield and had recently been sidelined due to an adductor injury. Neves looked like a perfect solution for Barcelona.

However, numerous Spanish outlets are claiming Xavi has dropped interest in the Portuguese midfielder. According to sources, the coach is reluctant to sign Neves because he fears the player will not be a perfect fit for the Catalan club’s style of play. The coach does not deem him fit to be a direct replacement for Busquets. Xavi is reportedly more interested in Ajax youngster Edson Alvarez. On top of that Barca’s financial situation has worsened due to their early Champions League exit, which will further restrict their bidding for the high-profile midfielder.

This sudden change of heart will give Arsenal and Man United a major boost in their persuasion for the midfielder. Ruben Neves has been a long-term interest of Manchester United. The Red Devils were in talks with the Wolves captain in the last summer transfer window.

Man United could not secure the deal with Wolves but they did end up signing two world-class midfielders in the shape of Casemiro and Christian Erikson. They are also in the race to sign Frankie De Jong along with Neves in the upcoming transfer window. Hence, Neves’s Manchester move will prove to be tough as the Portuguese will have world-class competition in the midfield.

Meanwhile, the group leader Arsenal will be looking to strengthen its midfield. The gunners have been heavily linked with the player since last year. However, Arsenal’s recent performance in the Premier League may tempt Neves away from Wolverhampton. Mikel Arteta needs a dependable midfielder who can replace injury-prone Thomas Partey in the central midfield. The 30-year-old Granit Xhaka has been consistent for the Gunners this season. However, Mikel Arteta will look forward to adding more fuel in the midfield to keep their position at the top of the table.