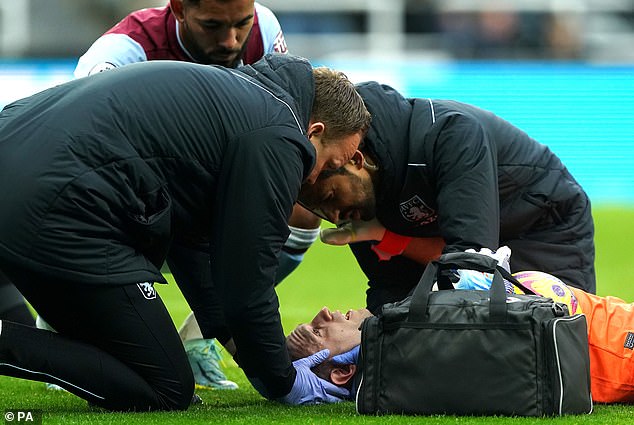 Premier League demand answers from Aston Villa after Emiliano Martinez was allowed to play on despite suffering head trauma in defeat at Newcastle, with the club failing to withdraw John McGinn after similar incident last year

The Premier League want answers from Aston Villa about why goalkeeper Emiliano Martinez was allowed to play on against Newcastle despite suffering head trauma.

Villa have been criticised for their handling of Martinez’s injury, as they were last year when John McGinn continued for 34 minutes against Everton after a head blow, before feeling dizzy and requiring a concussion substitute.

The FA’s guidance is ‘if in doubt, sit it out’ and club doctors are responsible for ensuring teams follow that rule.

Villa’s Tyrone Mings crashed into the temple of Martinez, who was treated for five minutes. He was cleared to continue, before succumbing to his injury and being replaced by a concussion substitute. The Premier League will now ask Villa for their observations on the incident.

Villa caretaker boss Aaron Danks said after Saturday’s 4-0 defeat: ‘We’ve got a very professional medical staff who assessed him and he was OK to continue.

‘Obviously things changed and there was a delayed onset of something that meant he had to come off.’

The protocols can take a week to complete, meaning Martinez could be back against Manchester United on Sunday. 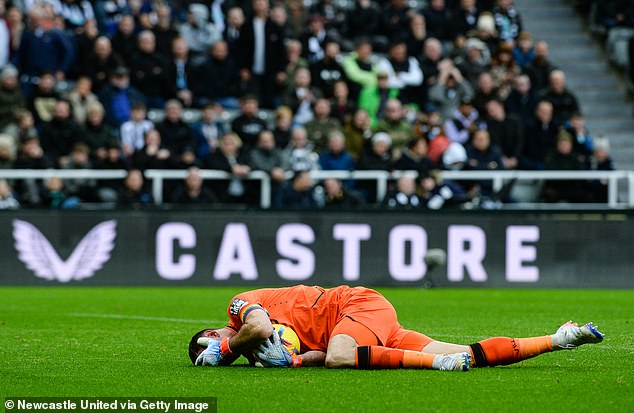