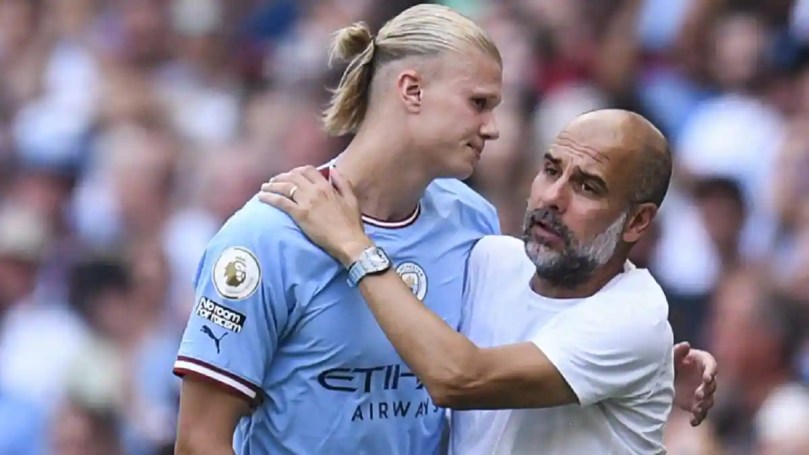 Haaland suffered a foot injury during City’s 0-0 Champions League match with Borussia Dortmund last week and missed the weekend’s 1-0 triumph against Leicester. Guardiola stated that Haaland, who has 22 goals in 15 appearances since joining City from Dortmund in the summer for £51 million, will not play against Sevilla tomorrow. However, Guardiola reveals that the Norwegian will be available for selection ahead of the Fulham clash on Saturday.

Pep Guardiola has given an update on the fitness of Erling Haaland 👀🗣️ pic.twitter.com/4r5XNQVzVm

“For tomorrow, Erling is not available,” said Guardiola. “He feels better. Compared to Saturday, Sunday to Monday, he feels better but he’s still not 100 percent. There’s no point risking him, but hopefully, we can have him back against Fulham on Saturday.”

Meanwhile, Guardiola has stated that he cannot afford to play England’s combination of Kalvin Phillips and Kyle Walker only to support the Three Lions. Following extended injury breaks, the two are set to be out of practice for the World Cup next month. After both underwent surgery earlier in the autumn, he feels Walker’s groin ailment is somewhat behind Phillips’ shoulder.

“I don’t know. I know how important the World Cup is but I’m not going to use a player if they are not ready in physicality or rhythm.” said the Spaniard on being asked if the duo will be seen in the Blue jersey any soon.

“We’ve been impressed with Kyle’s recovery but he is late compared to Kalvin.” he added.

Following Haaland’s unavailability, Julian Alvarez, a summer acquisition from River Plate, will most likely start tomorrow. Julian Alvarez has had to wait for playing time due to his teammate’s goal-scoring exploits.