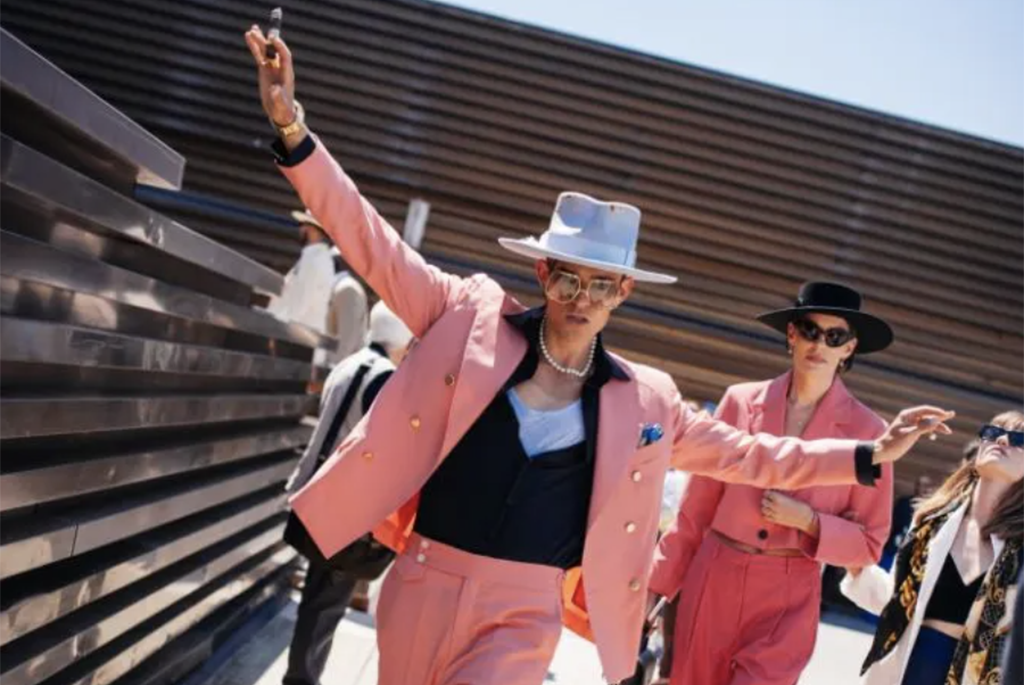 Pitti Uomo made its return to a standalone in-person trade fair this week. Amid overall positivity around the show, supply chain challenges, inflation and pricing were on many attendees’ minds.

According to the Florentine menswear show organizers, the event saw 11,000 attendees for its 102 edition, which ended yesterday. This number is up from the Jan. 2022 trade show, which saw 8,000 attendees. Of those in attendance this month, Pitti Uomo reported that 40% were from countries outside of Italy. Many American and other international buyers and press were seen walking the Fortezza – a first since Jan. 2020 for some.

For most brands, all of the issues they’re facing are intertwined. If materials are hard to source, or if the cost of making something increases, then wholesale and retail prices will likely need to be adjusted.

For Paraboot, North American sales agent Cameron Shirvani told FN that his entire way of doing business has changed. “My sales pitch used to be that we have 9,000 pairs in-stock, with quick replenishment and custom orders,” he said. “Now we have zero. We sold over 90,000 pairs of shoes over two months this season, and now everything is backordered. We produce now as orders come in – which is six to nine months ahead. We are also reducing most larger orders by one-third so that we can actually deliver them.”

As for prices, Shirvani said the company has increased them about 9%. “Now, the average retail price is 650 euros, versus where they were at 575 euros.”

At Plus, which operates on a unique made-to-order model, the brand has seen challenges sourcing its materials for the shoes. Commercial director Lorenzo del Biondo said that some of its samples were not available at the time of Pitti due to this issue. “We like to use exclusive materials in our products, which are hard to find anyway,” the rep said. “It is now even more difficult.”

According to Plus, its footwear retails between 295 and 460 euros. Prices were increased recently due to some of the brand’s sales showroom partners asking to elevate the cost to sit at a more luxury price point.

Off Play, which gets its name from the slogan “time off, let’s play,” has faced difficulty getting its soles. “We source all of our soles from the Marche region here in Italy, but some of the prime material for soles comes from the Far East, which has seen many delays in production,” brand founder Tina told FN. “If we don’t have the soles, we can’t make our shoes.”

This sole shortage has led Off Play to increase prices about 10%, while it also justifies the price to working on increasing the quality and materials used. “We are emphasizing our made-in-Italy craftmanship with new embellishments and better materials, which helps validate the new price for the consumer,” Off Play’s rep added.