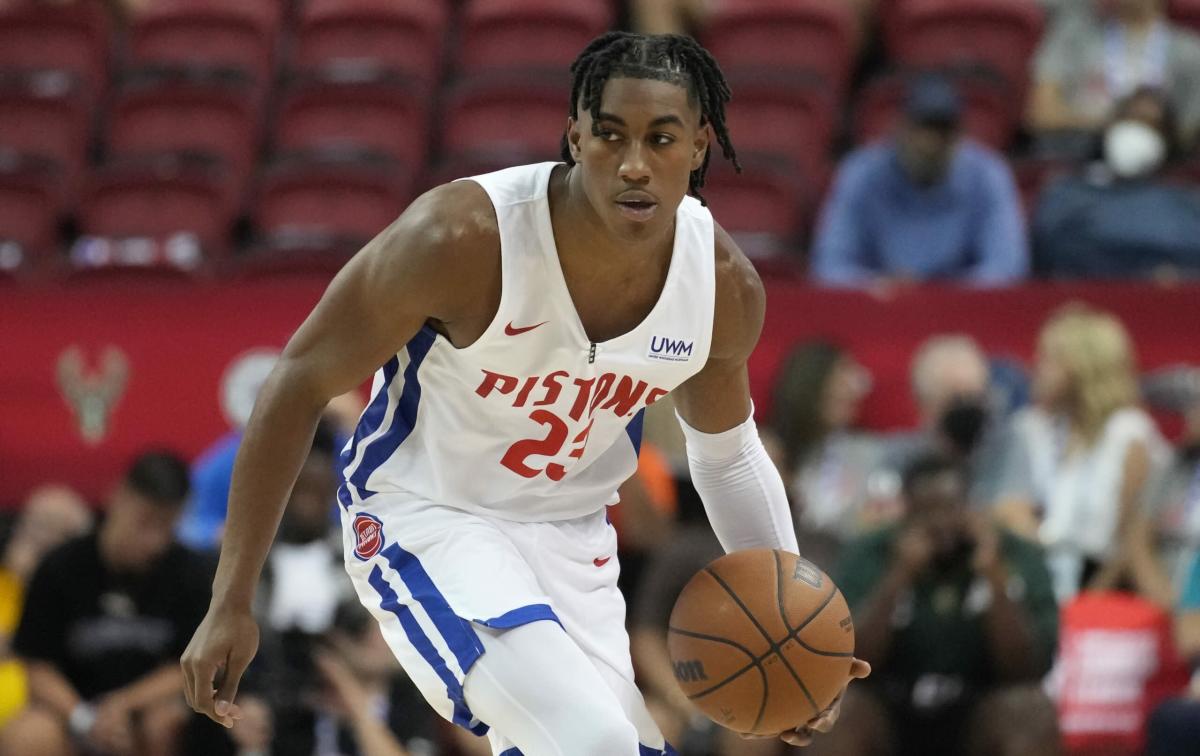 Detroit Pistons rookie Jaden Ivey offered a positive update on his right ankle injury suffered on Saturday in a win over the Washington Wizards in the Las Vegas Summer League.

The injury happened just five minutes into the first quarter after Ivey landed on the foot of Isaiah Todd, who was contesting a 3-point attempt. Todd was issued a flagrant foul for impeding his landing space as Ivey had a noticeable limp after that play.

Ivey knocked down each free-throw attempt and then checked out of the game. The Pistons ruled him out of returning to the contest but Ivey managed to join the team on the bench afterward. He was not wearing a boot or wrap on the ankle.

The team hasn’t released an update on the injury but Pistons summer league head coach Jordan Brink said after the game that he did not believe the injury was serious.

Ivey then offered an update of his own on Sunday.

Ivey was on pace to have a tremendous game on Saturday prior to suffering the injury. He had 11 points and two assists during his short time on the court and looked to be electric. He made both shots from the field and was a perfect 6-of-6 from the free-throw line.

The performance came after Ivey had 20 points, six rebounds and six assists in his debut with the Pistons on Thursday. Even though he logged just five minutes on Saturday, he looked noticeably more comfortable in his second game than he did in his debut.

Detroit returns to play on Tuesday (9 p.m. EDT, NBA TV) but it is not known if Ivey will suit up in that contest. The team has been cautious with injuries in the past and could elect to sit him to prevent further damage to the ankle.

Stephen A. Smith picks Pistons as the winners of 2022 NBA draft

NBA Rookie of the Year: Paolo Banchero early favorite to win in 2023