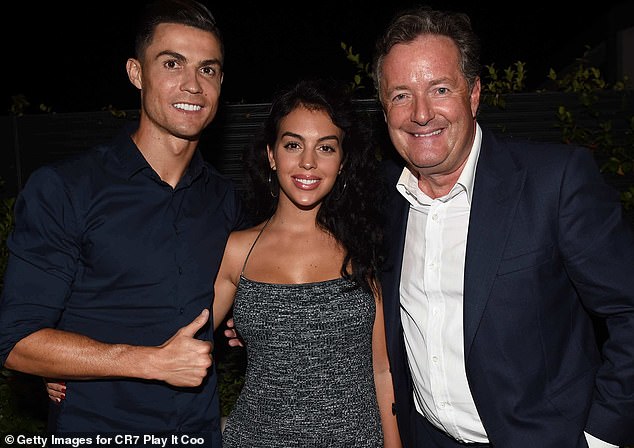 Arsenal fan Piers Morgan has urged Cristiano Ronaldo to solve the Gunners’ search for a new striker amid shock reports that the Manchester United top scorer has asked to leave Old Trafford.

Telling Ronaldo ‘it’s time’, Morgan added: ‘Cristiano likes breaking new ground in football and I just told him that God and [Gabriel] Jesus up front is an irresistible opportunity.’ 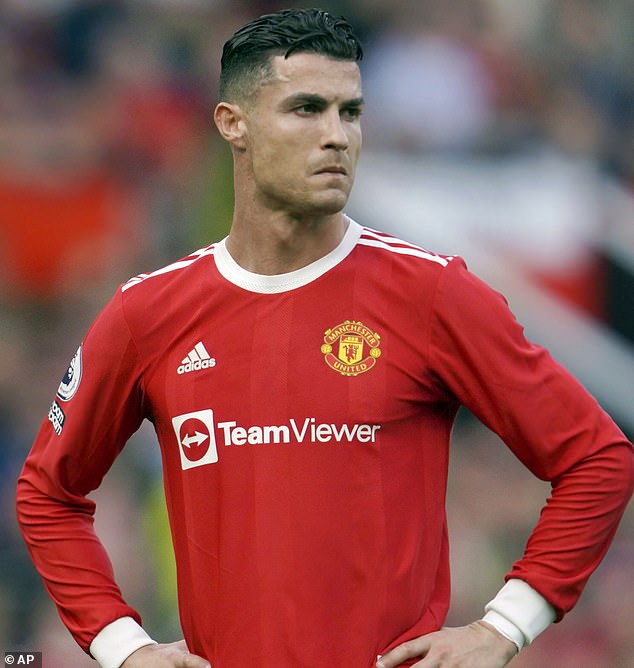 Morgan’s team are expected to complete a £45m move for Manchester City hotshot Jesus imminently as boss Mikel Arteta looks to add goals to a side who finished fifth last season.

The broadcaster admitted his hopes were far-fetched, not least because Ronaldo is ready to leave United less than 11 months after returning to the club because he wants to play Champions League football, according to The Times.

The surprise development is said to have put Champions League contenders including Chelsea and Bayern Munich on alert, but United fans have given a mixed reaction to the prospect of Ronaldo’s departure. 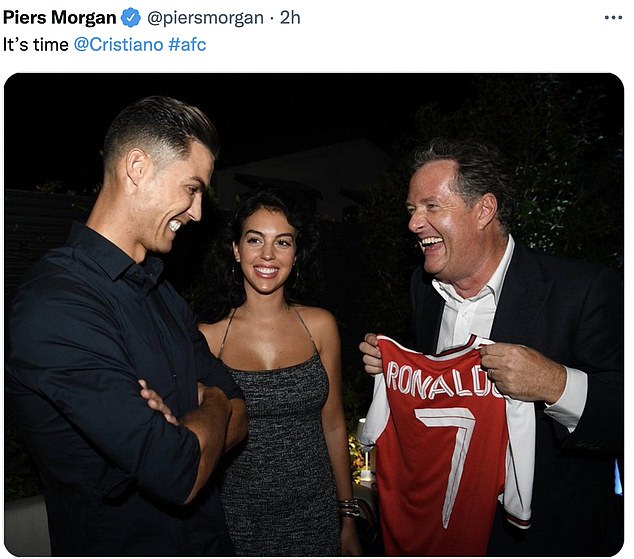 One said: ‘Let him leave. He cannot press from the front. He has grown old. He is my favourite player but he has declined massively.’

Another also alluded to the fact that Ronaldo is 37 and referenced his first exit from the club in 2009 by admitting: ‘I’d be sad to see him leave again. But at the same time, he isn’t the future of the club.’

Ronaldo scored 24 goals in all competitions after sensationally returning to United in August 2021, igniting hopes that the three-time Premier League winner would help the struggling giants avoid the dismal campaign fans endured.

United only avoided a place in the Europa Conference League because West Ham, the team immediately below them in seventh in the final Premier League table, lost on the final day of the season.

Portugal captain Ronaldo has never played in the Europa League and is said to be motivated by hopes of playing for several more years in the Champions League, which he won with United in 2008.

The reports surfaced a day after new United manager Erik ten Hag officially started his role, which many expect to require a clear-out among an underachieving squad.

Ten Hag would have more of a clean slate if Ronaldo is not in his squad, some supporters think

At 37, Ronaldo is seen by his critics as a player who is not capable of leading a press in attack

While some onlookers described United as ‘finished’ without Ronaldo, one confessed to ‘mixed emotions’.

They added: ‘A club legend going would be sad — but it could give Ten Hag a serious chance to rebuild with less pressure on ‘must-pick’ selections.’

Ronaldo has featured in 19 consecutive Champions League seasons since leaving Sporting Lisbon for England in the summer of 2003, providing 140 goals and 42 assists across 183 appearances in the competition.

United expect Ronaldo, who recently said he was ‘very happy’ at the club, to stay after signing a deal until the summer of 2023 with an option for a further year when he rejoined them from Juventus.

Pre-season training began this week for members of Ten Hag’s squad who have not been involved in recent international squads.