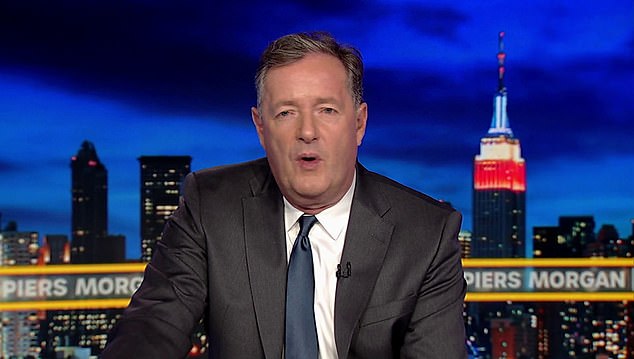 First polarising British broadcaster Piers Morgan had a chop at the ‘virtue signaling’ Socceroos. Now he is blaming the ICC for ruining the T20 Cricket World Cup in Australia because of the rain.

Both England and Australia’s chance of progressing from the group stage hang by a thread after a wet outfield and ongoing showers meant there was no play in their crucial clash at the MCG last night.

England will need to beat New Zealand to progress while Australia will have to rely on the Black Caps beating the old enemy to have any chance of defending its T20 World Cup crown.

Having the T20 World Cup in Australia’s rainy season, when it’s already been having record rain this year (I spent 10 days in Sydney in February and it rained 24/7) is wrecking the tournament. Such a dumb scheduling decision.

Morgan took to Twitter to play meteorologist overnight and blasted organisers for scheduling crucial matches during the ‘rainy season’.

‘Having the T20 World Cup in Australia’s rainy season, when it’s already been having record rain this year (I spent 10 days in Sydney in February and it rained 24/7) is wrecking the tournament. Such a dumb scheduling decision,’ he posted.

The Australian wet season runs from November until April. 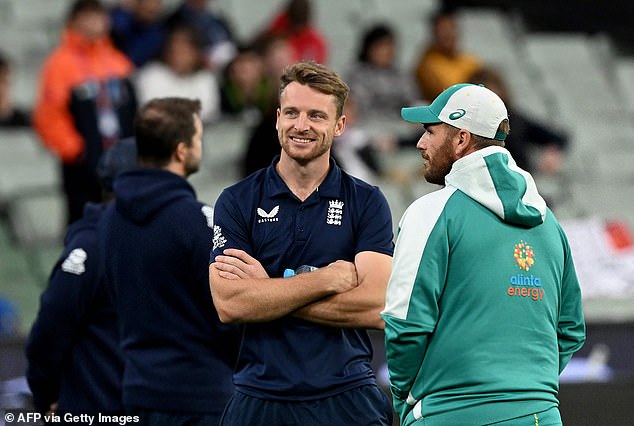 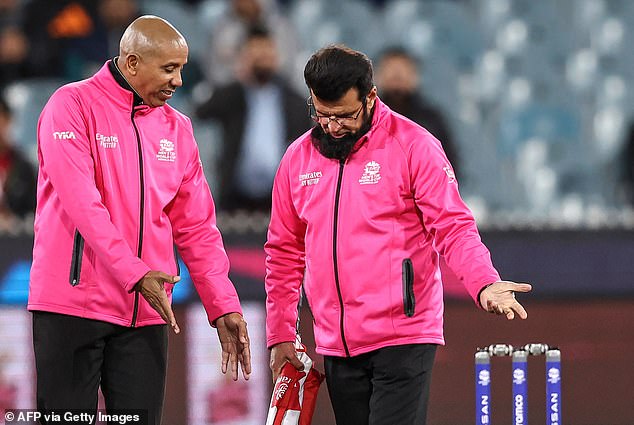 Aussie cricket fans were quick to lash Morgan for his take, pointing out La Niña was causing the unseasonal deluge and that could not have been predicted years ago when scheduling decisions were made.

‘It’s a La Niña year. Hence the eastern Australia rainfall. Which can’t be predicted years in advance. Remember it wasn’t that long ago when El Niño was creating huge bush fires around this time of year,’ one fan posted.

‘Piers please enlighten us how long ago this tournament was scheduled to be in Australia. And did you alert them you were going to be there in February and could then provide a forecast for October?’ asked another.

While Morgan’s comments on the washout may have been wide of the mark, plenty of cricket fans have questioned why the MCG was chosen as a venue and why there are no reserve days allocated to account for washouts.

Nearby Marvel Stadium has a capacity of 53,359 and a retractable roof that could have been used to prevent rain being an issue in Melbourne. 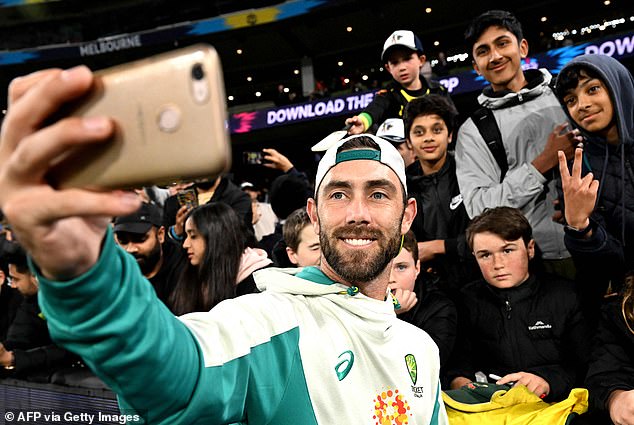 While over 90,000 fans crammed into the MCG to watch India v Pakistan, only 25,061 showed up to watch Australia play Sri Lanka in Perth, highlighting that the larger venue is not essential.

‘Only cricket stadium in the world with roof, If MCG matches shifted to the Marvel stadium, Melbourne, Then we can see more games without Rain interruption,’ one fan posted.

‘Marvel Stadium is not even that far from MCG and has a retractable roof….just play all Melbourne matches there,’ another said.

While the ICC did add the provision of reserve days for this World Cup, they can only be activated in the semi-finals or for the final – which one of Australia or England will not be able to make.