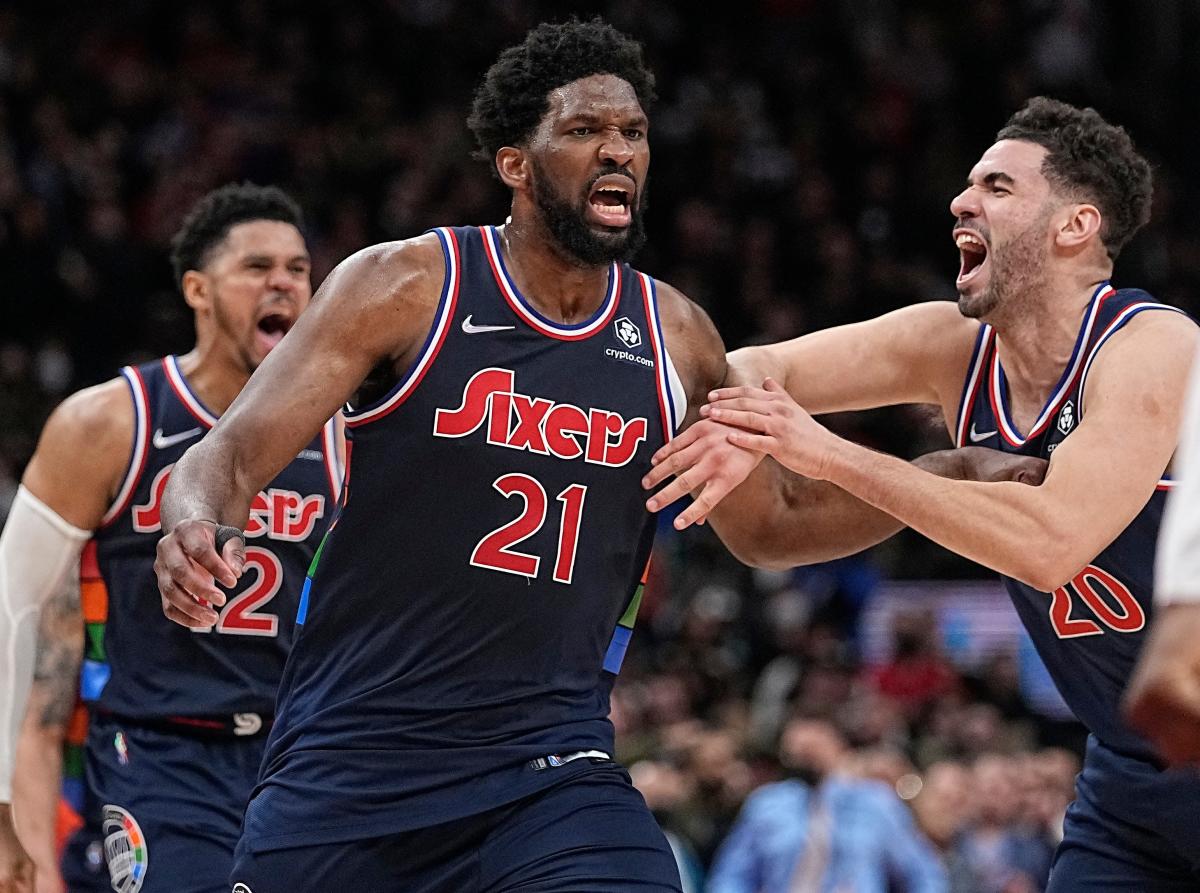 Among the remaining eight playoff teams, the 76ers are now the 30/1 eighth choice reported by Tipico Sportsbook following an injury many called preventable.

“Sixers coach Doc Rivers can defend his three series losses when his teams had a 3-1 lead. He can’t defend Embiid being on the court, the Sixers ahead 119-90 with 3:58 remaining in the fourth quarter,” USA TODAY Sports NBA columnist Jeff Zillgitt wrote early Saturday.

Embiid was declared out “indefinitely” Friday after he was whacked in the head by the elbow of Toronto’s Pascal Siakam. The collision fractured Embiid’s right orbital bone and caused a concussion.

OPINION: Joel Embiid’s injury was totally avoidable, and it could be costly for the 76ers

Embiid had 33 points, 10 rebounds, three blocks and two steals before the injury. He is a physical force in the paint who was expected to give the Miami Heat fits during the Eastern Conference semifinal series, which starts Monday.

Now, the Heat have become a strong 7.5-points favorite at Tipico while betting shops across the nation tanked the Sixers’ previously encouraging title odds.

NBA PLAYOFFS 2022: All-Star power could be the driving force in the second round

“There is already pressure on the Sixers and Rivers. They haven’t reached the conference finals since 2001,” Zillgitt wrote. “In the past five seasons, they have lost in the first round twice and conference semifinals three times. Philadelphia had an MVP season from Embiid and acquired James Harden at the trade deadline.

“Even in a deep East, especially at the top of the conference, the Sixers saw a championship window open just a bit more. Now, it just closed a bit more.”

Judging by where the oddsmakers have Philadelphia, consider it slammed shut.