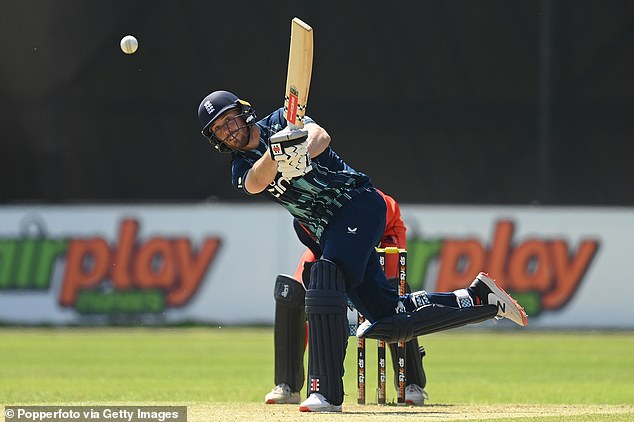 Phil Salt is determined to ‘give the selectors a headache’ after scoring his first one-day century for England during Friday’s record-breaking run-fest against the Netherlands.

Salt made a punishing 122 from 93 balls, and was one of three centurions – along with Dawid Malan and Jos Buttler – in a world-record total of 498 for four.

Now, having left Sussex last year for Lancashire to further his international ambitions, the 25-year-old Salt wants to ensure he is the selectors’ first port of call whenever a gap emerges in England’s powerful white-ball line-ups. 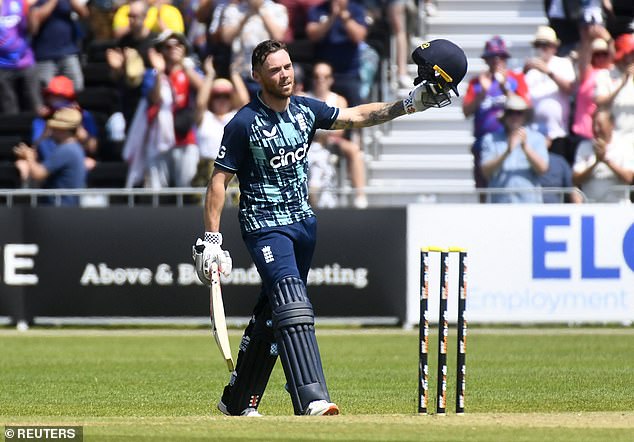 With Joe Root, Jonny Bairstow and Ben Stokes all busy with the Test series back home against New Zealand, the likes of Salt and Malan knew they had to make an instant impact in this three-match ODI series against the Dutch. The second game takes place in Amstelveen today, and Salt has no intention of letting up.

‘We’re world champions and have such a strong XI with a full-strength side out,’ he said. ‘But if I can keep doing stuff like that and keep putting my name in the hat, hopefully I will give the selectors a headache.

‘Morgy has been very clear with how he expects people to play if they want to be in an England shirt, and that’s something that I’ve bought into from day one.’

He can’t be accused of squandering chances. When Covid forced England to pick an entirely new squad for last summer’s one-day series against Pakistan, he cracked 60 off 54 balls at Lord’s, then 37 off 22 to kickstart a big chase at Edgbaston. 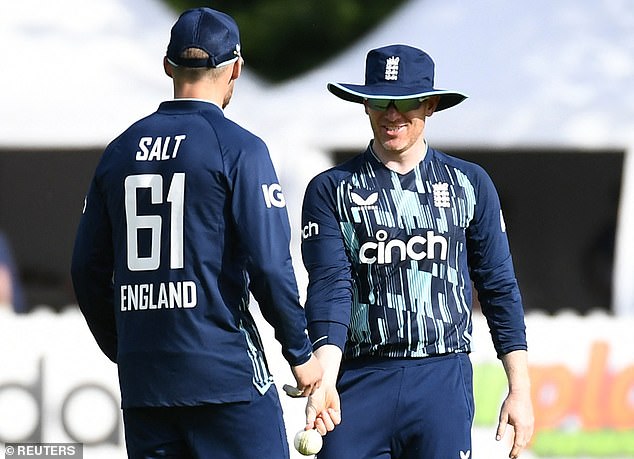 Earlier this year, down at No 6, he made 57 off 24 on his T20 international debut against West Indies in Barbados. As he puts it: ‘It’s pretty self-explanatory what you need to do if you want to play for England.’

Salt’s stature has grown to the extent that he is now a regular in franchise cricket around the world. In the last year alone, he has played in the Abu Dhabi T10 tournament, the Lanka Premier League and the Pakistan Super League.

‘It makes a massive difference, being exposed to that higher level of cricket. You’re playing against top international players and it’s the next best thing to this.’

As for players he looks up to, he namechecks Australian great Matthew Hayden and – with a smile – Lancashire team-mate Steven Croft. He also has kind words for Jason Roy, his opening partner on this Dutch jaunt.

‘I love chatting the game through with J-Roy, because he’s so clear and destructive in what he does,’ he said.

And Salt’s standards are high. ‘When I was on about 80, I was looking up at the scoreboard and thinking about the hundred, and you can’t do that as a batter. In my head, I shifted that number and thought 100 doesn’t really matter, but 150 will.’

Meanwhile, Liam Livingstone is expected to be fit for today’s game after leaving the field with tightness in his calf on Friday, when he hit England’s fastest-ever fifty.