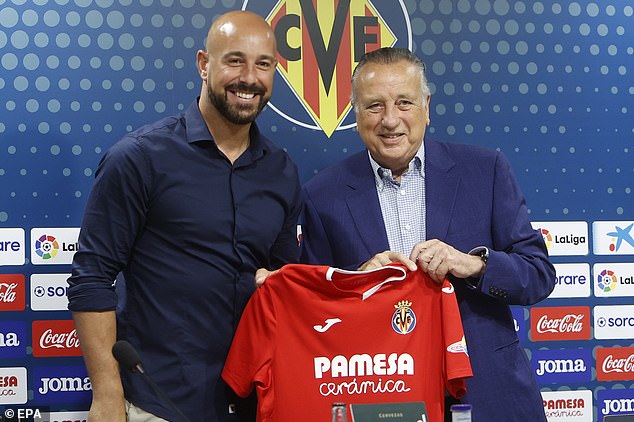 Pepe Reina says he has fulfilled his ‘promise’ to return to Villarreal, 17 years after leaving the club to join Liverpool.

The 39-year-old goalkeeper has signed a one-year deal with the Spanish club after leaving Lazio at the end of his contract.

Reina previously spent three seasons at Villarreal, helping them reach the semi-finals of the UEFA Cup in 2004 and then qualify for the Champions League for the first time ever a year later.

Pepe Reina says he has fulfilled his ‘promise’ to return to Villarreal, 17 years after leaving

‘I’m very happy,’ Reina said at his unveiling. ’17 years ago I spoke with [Villarreal vice-president Jose Manuel] Llaneza and asked him to be able to leave to be able to start a family, grow as footballers, but with the promise of being able to return one day.

‘I return with the family I wanted to form, with five children. I couldn’t have had a better finish. I’m going to retire here. I don’t know if it will be one or two years. I am excited to contribute so that this club continues to grow in Spain and in Europe.

‘It is the second team that I have watched the most after mine. In addition to emotion, I have feeling with this club. I have followed them a lot, in the league the physical and mental work of getting so far in the Champions League wore them out. 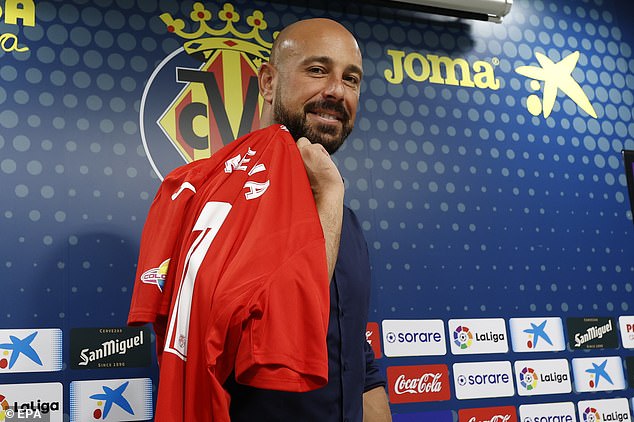 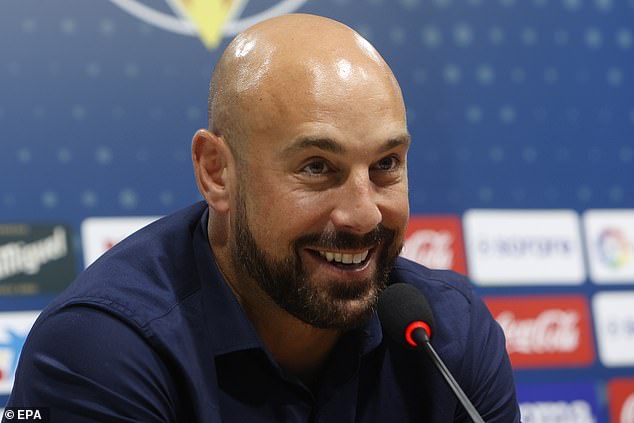 ‘Now, we must try in all the competitions tp finish better than this year. There are foundations and a base to continue growing.’

Madrid-born Reina, who has earned 36 caps for Spain, started his career at Barcelona before his first spell at Villarreal.

His performances for the Yellow Submarine earned him a move to Liverpool in 2005 and he quickly established himself as one of the best goalkeepers in the Premier League. 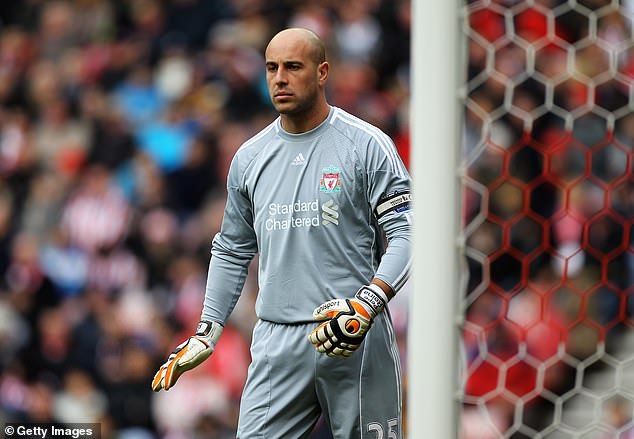 Reina won the golden glove award in 2006, 2007 and 2008, while only five goalkeepers have kept more clean sheets than him (136) in Premier League history.

The shot-stopper remained at Anfield until 2014 and has since had spells at Bayern Munich, Napoli, AC Milan, Aston Villa and Lazio.

Villarreal finished seventh in La Liga last season, but reached the semi-finals of the Champions League as they knocked out Juventus and Bayern Munich before losing to Liverpool.