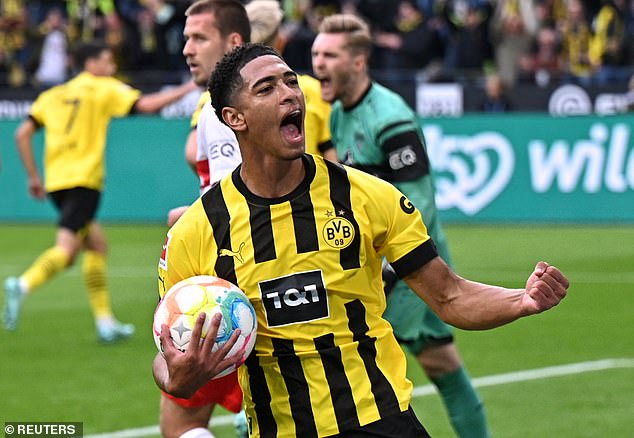 ‘This guy has the mentality’: Pep Guardiola heaps praise on £130m-rated Jude Bellingham… as Borussia Dortmund boss Edin Terzic labels the midfielder the ‘oldest 19-year-old I’ve ever seen’, ahead of Champions League clash with Man City

By Jack Gaughan for the Daily Mail

Jude Bellingham’s mentality is what separates the Borussia Dortmund midfielder from his peers, according to Pep Guardiola.

Manchester City are in Germany on Tuesday requiring a draw to confirm top spot in the Champions League group stages but are expecting a stern test at the febrile Westfalenstadion.

Bellingham, 19, captained the side for the first time earlier this month and has consistently shone for club and country since leaving Birmingham City two years ago. 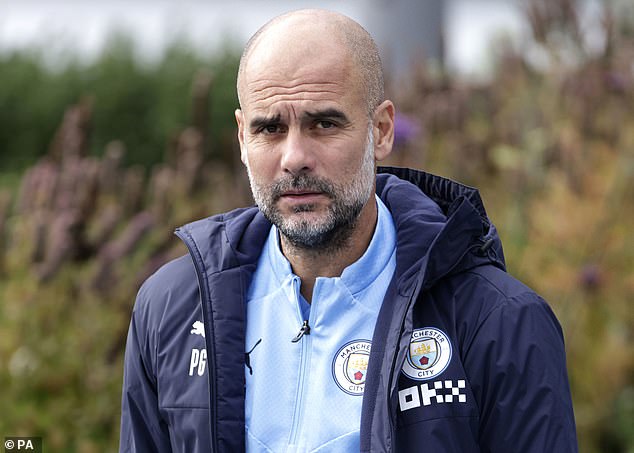 ‘I noticed when he was 17 that it wasn’t just the quality – it was the shouting, kicking, going to the referee,’ Guardiola said.

‘This guy has the mentality. He is already one of the captains of the team, that is quite impressive. It’s about the whole package. He’s already in the national team. We know the quality he has.’

Bellingham was arguably man of the match when City beat Dortmund at the Etihad Stadium earlier in the season and scored twice during the 5-0 weekend victory over Stuttgart. His manager, Edin Terzic, believes he is wise beyond his years. 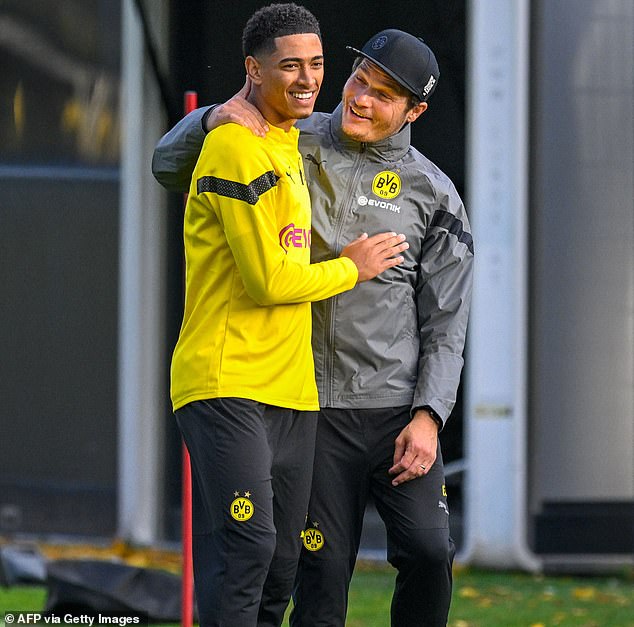 ‘I think he’s the oldest 19-year-old I’ve ever seen,’ Terzic said. ‘Not only do we benefit from him but Dortmund is also the right step for him in his development.

‘I have been lucky enough to work with Declan Rice at West Ham and I think both of them are really talented and they are going to dominate English football in terms of the midfield positions for the next decade.’