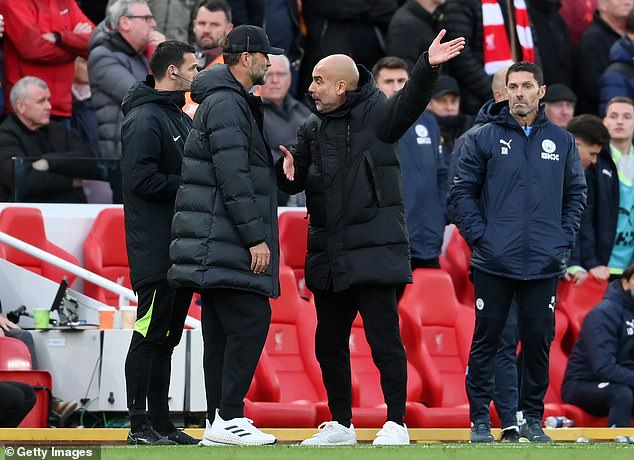 By Jack Gaughan And Richard Tanner For The Daily Mail

Pep Guardiola and Liverpool assistant Pep Lijnders joined forces to insist that it is their duty to set an example for supporters on the touchline on Thursday night.

Manchester City host the Reds in the Carabao Cup fourth round, the biggest domestic fixture since the World Cup and one that has previously spilled over in the stands.

Guardiola was allegedly struck by coins at Anfield in October, with City fans accused of mocking the Hillsborough disaster. City also claimed their team bus was attacked when leaving the stadium.

Jurgen Klopp was handed a one-match suspension after seeing red during the encounter, while both clubs have written to members threatening bans for ‘unacceptable behaviour’. 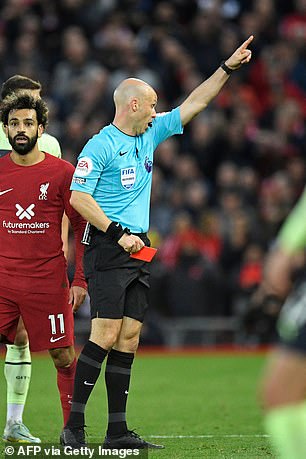 Jurgen Klopp was shown a red card in October

‘Definitely, absolutely,’ Guardiola said when asked if he feels extra responsibility for his actions on Thursday night.

‘We want to behave good – the players, the managers, the spectators – but sometimes emotions and many things happen.

‘People can’t behave like they’re marble, like ice cold when you’re disallowed a goal in these type of games.

‘We will always react in that way but respect for the officials, the rules and the opponent is always there from my point of view.’

‘With rivalry comes emotion and that’s good because we need emotions from the stands, from our players. The only problem with emotion is when there’s no respect, it becomes really harmful and that can’t happen. 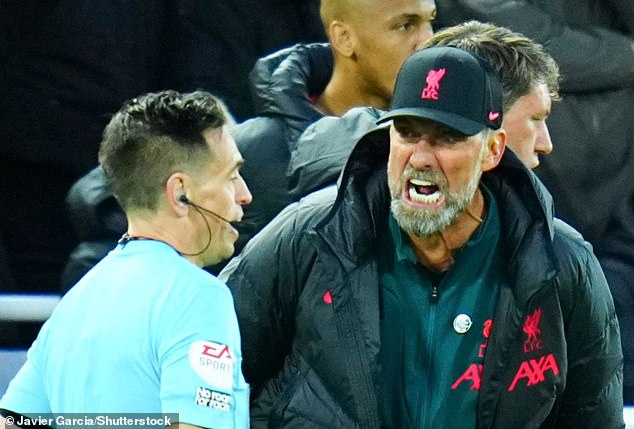