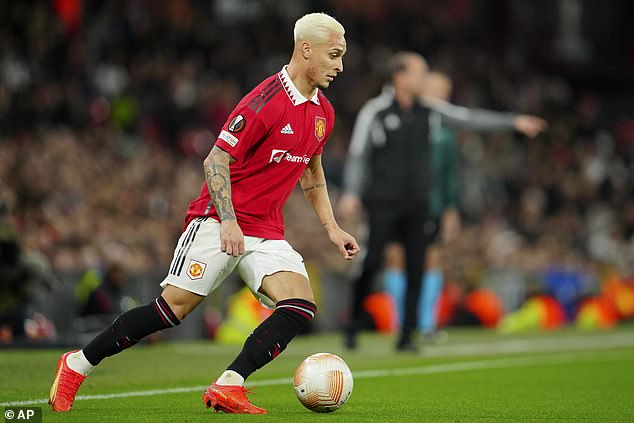 Paul Scholes has torn into Manchester United’s £85million star Antony after he showboated with a 720-degree spin during their 3-0 win over Sheriff Tiraspol on Thursday night – labelling him ‘a clown’.

Antony came under fire at Old Trafford as he found some space on the wing before performing his signature trick with the game goalless – before then carelessly putting the ball out of play after a poorly judged pass.

He was later subbed off at half time by boss Erik ten Hag – who looked far from impressed on the sidelines and shook his head before withdrawing him – and club legend Scholes warned the new signing he ‘needs that knocking out of him’ if he is to succeed at United. 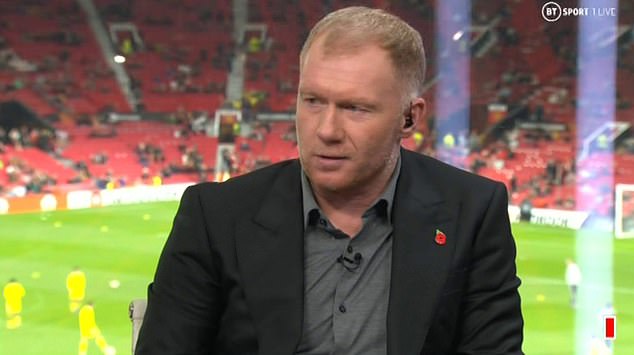 Speaking on BT Sport, when asked if Ten Hag’s decision was a result of his behaviour, he replied: ‘More or less. I think it would have had a little something to do with it. You saw his reaction on the bench. I think it frustrated him. I just don’t know what it achieves. I love a little bit of showboating, and entertainment but at least get the pass right.

See also  Stadiums in Qatar to be alcohol-free for Qatar World Cup 2022, Check WHY?

‘This country, any country even Brazil. They don’t want to see that do they? I like to see skills and entertainment, I just don’t think it’s skill or entertainment it’s just being a clown.’

Earlier in the evening during half-time, the ex-United star also said:  ‘I don’t know what he’s doing. It’s just ridiculous. It’s showboating, just look at him (Ten Hag shaking his head), that sums it up what’s he thinking. 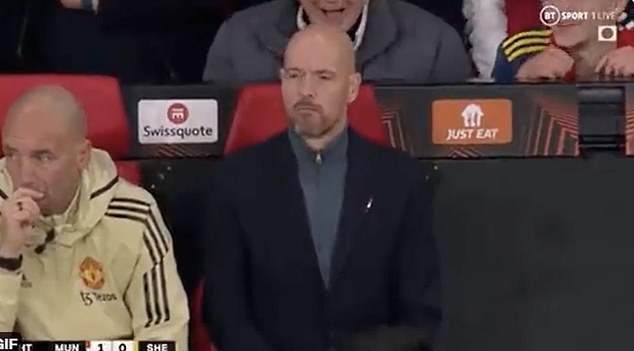 ‘He’s not beating a man, he’s not entertaining anybody, it’s 0-0 then he kicks the ball out. That’s the way he plays I’ve seen him do it many a time at Ajax as well and that’s just the way he is but I think he needs that knocking out of him.’

After the game, Ten Hag was quizzed on Antony’s behaviour – but denied that the substitution was a direct result of the showboating.

‘More or less planned,’ he told BT Sport. ‘If we are up, I wanted to see Cristiano and Marcus Rashford close together on the right side and that’s one of the reasons.

‘I thought Garnacho was playing quite well on the left side and he had good tempo dribbling. It was more or less planned.’

It wasn’t just Scholes who was unimpressed with Antony as his fellow pundits laid into him – including Robbie Savage. 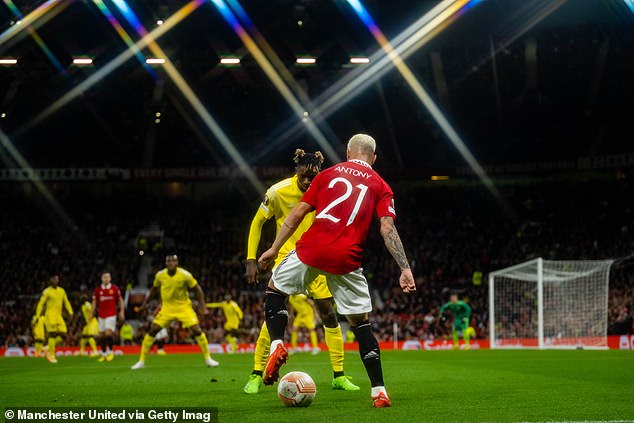 ‘And you can hear the crowd – he’s trying to win a game, moving the ball quickly with nobody near him, and he puts the ball out of play! Embarrassing.’

The former Wales international was not alone in his deeply scathing assessment of the young Brazilian forward.

‘If you’re going to do it that final pass needs to be good,’ added ex-Three Lions and United midfielder Owen Hargreaves. ‘You can’t kick it out. But that’s how it is.

‘At 0-0 you don’t do that, even at three or 4-0 you don’t really do that with respect to the other team. But players want to show their skills but they need to be functional with it. When you kick it out that doesn’t help either. 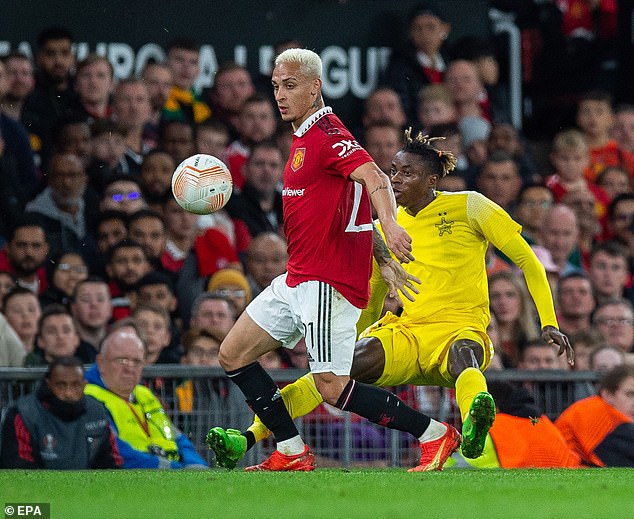 ‘One spin is fine. The second one? We all want to see skill, we love it but you need to have skill with function,’ he added post-match.

‘If he does it in or around somebody I’d be jumping off my seat but to do it with no effect but I’m not sure what he’s trying to achieve. That’s his skill, he likes to do it. He probably wanted to show people at Old Trafford. Do one and get forward and take someone on. I don’t think this country likes to see that.’

The 22-year-old has a reputation for attempting the spectacular, having tried the same piece of skill on several occasions to varying degrees of success under Ten Hag at Ajax in previous campaigns. 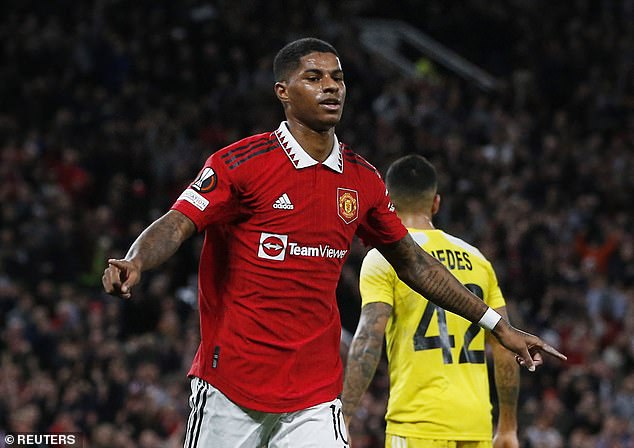 But the 52-year-old has now made clear his thoughts on the matter, and it remains to be seen whether the Brazilian will try something similar in his next outing.

United eventually took the lead just before the break with Diogo Dalot heading home before a second half nodded effort from Rashford and late goal from the returning Cristiano Ronaldo ensured Ten Hag’s side progressed from the group stage.

They will now visit Real Sociedad in their final group match looking to win by two goals to skip a play-off round and advance straight to the last-16.