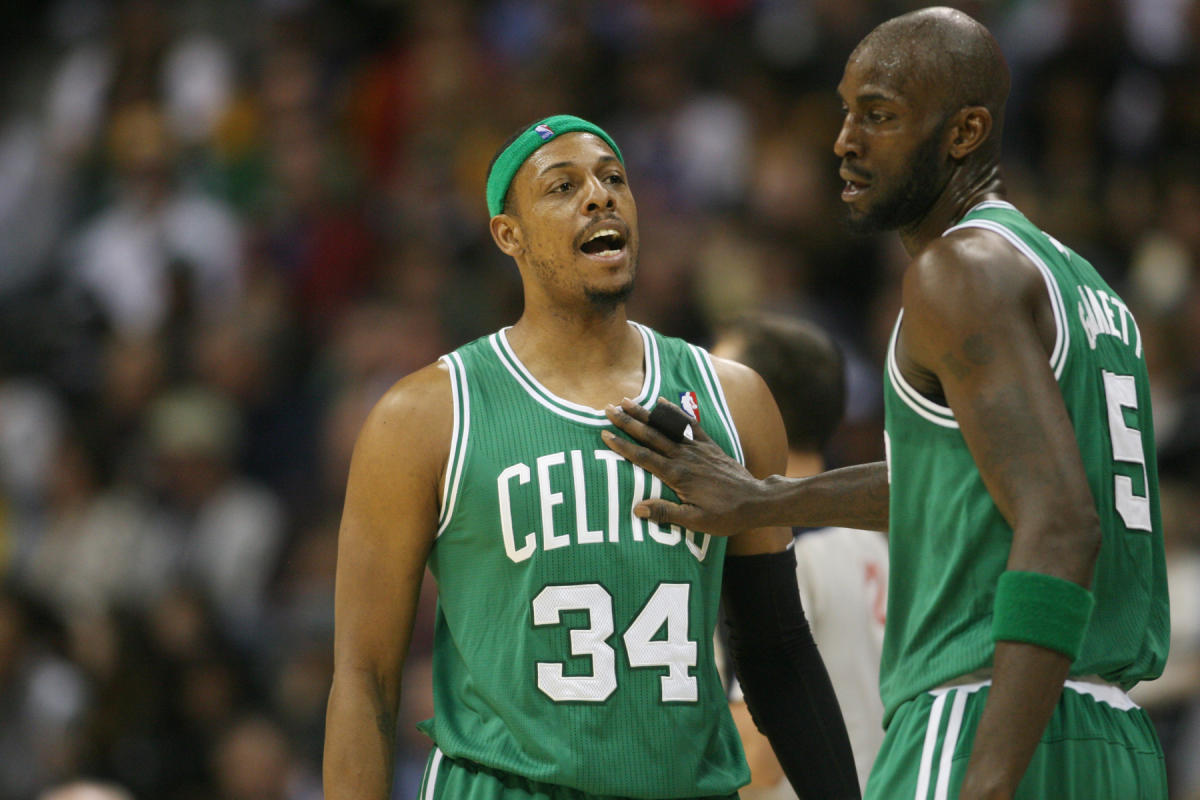 On this day in Boston Celtics history, iconic Hall of Fame small forward Paul Pierce scored 48 points in a 105-98 win over the (then) New Jersey (now, Brooklyn) Nets in 2001. The Californian guard helped carry the Celtics to the hard-fought mid-season victory in overtime with his offensive eruption, putting up 34 field goal attempts and making just 13 of his shots from the floor that night.

The Kansas product was especially sizzling from beyond the arc in terms of efficiency, nailing five of his 8 attempts from 3-point range, and getting to the free throw line an absurd 18 times.

Pierce converted an equally-sizzling 17 of his shots from the stripe that night.

It was also on this date in 2020 that point guard Kemba Walker announced that he’d had a procedure on his knee to help with discomfort and pain the UConn product had been dealing with for some time.

“We decided it was best … not to rush back. We’ll take my time and get healthy,” said Walker of the procedure. “I’ve had a pretty long run; I haven’t had much of a break since I signed here, so I think it’d be nice for me, to tell the truth.”

Finally, it is also the date that seven-time Boston Celtics champion Jim Loscutoff passed away in 2015.

Taken by Boston out of Oregon with the 4th overall pick of the 1955 NBA draft, Loscy — as he was called for a nickname — played his whole career with the Celtics.

A consummate team player who might not have had a lot of accolades outside of the organization, his contributions to those seven titles were recognized when the team retired his name to a banner instead of a number (at his request) after he ended his career as a player in 1964.