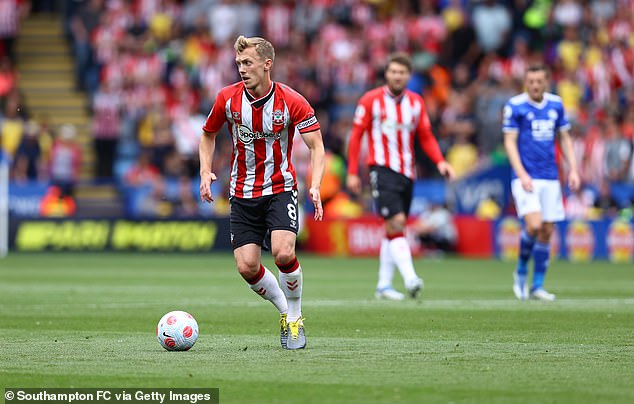 Former Arsenal player Paul Merson has sent a message to Gunners manager Mikel Arteta, calling on his previous club to make a move for Southampton’s James Ward-Prowse in the summer transfer window.

Ward-Prowse is set to leave the south coast amid rumoured interest from West Ham, Newcastle, and Manchester United, with Premier League teams preparing to line-up bids for the Saints skipper.

The 27-year-old playmaker is hot property on the transfer market after another impressive season in the Premier League that saw him called up to Gareth Southgate’s England squad. 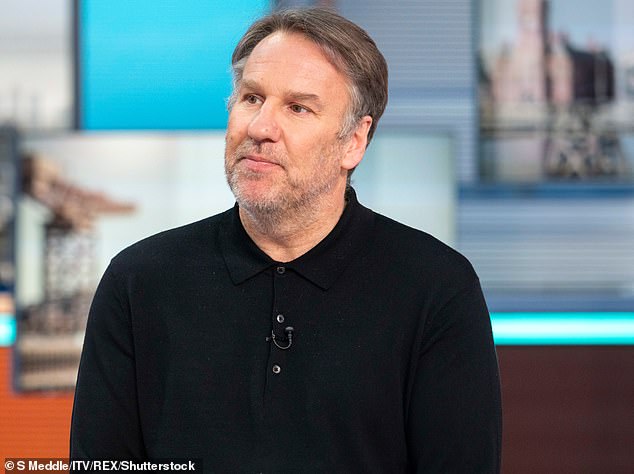 ‘I think he is a great signing for whoever gets him. I think he is one of the best passers of the ball in England.

‘Him and Trent Alexander-Arnold see things few other English players do and they can spray it around the pitch because they have such a good range of passing.

‘I don’t understand why Arsenal are not pulling out all the stops to try and take James Ward-Prowse from Southampton,’ he said.

GOALS: 11 – Ward-Prowse scored 10 Premier League goals and found the net once in the FA Cup

Arsenal have been busy with incomings since the transfer window opened, bringing in Matt Turner, Marquinhos, and yesterday agreeing a £30million deal with Porto for Fabio Vieira.

The club are planning to make more player signings despite failing to qualify for the Champions League last season as the board looks to help Arteta in adding more quality and depth to their existing squad.

Set-piece specialist Ward-Prowse scored 11 goals in all competitions last season and was the shining light in a disastrous Southampton side that finished just five points above the relegation zone.

See also  What is the secret to man-management in football? | Soccer

Ralph Hassenhutl’s side are expected to demand a hefty fee for their top talent with a potential bidding war between numerous clubs on the cards.

Merson further commented on Ward-Prowse saying: ‘Arsenal need to buy experience and they would be buying an experienced England international who knows the Premier League and would make a huge difference to them.

‘They are crying out for a player who can spray the ball around from the middle of the pitch.