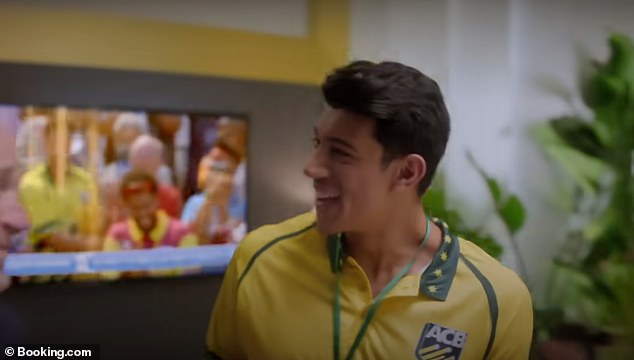 Climate-crusading cricket captain Pat Cummins objected to a $40million sponsorship deal with a power company – but is currently starring in an ad for the massively polluting travel industry and is an ambassador for disposable razor company Gilette.

Cummins sparked a furore earlier this month when it was revealed he had ‘ethical objections’ to Cricket Australia’s major sponsorship deal with Alinta Energy because it did not ‘align’ with his values.

Cummins said in a media release for the ad: ‘As an avid traveller and Booking.com user myself, I know from experience that unforgettable travel experiences start with a booking.

‘I had a fantastic time working with the Booking.com team on this campaign and hope it will inspire Aussies to book their trips and absolutely enjoy the upcoming summer of sport now that it’s safe and open to travel again.’

Climate-crusading cricket captain Pat Cummins is currently starring in an ad for the massively polluting travel industry. Pictured is a grab from his ad for booking.com

Arjan Dijk, a senior vice president at Booking.com praised the ad as an ‘opportunity to experience the excitement of an international cricket tournament in person is a compelling reason to travel for millions of cricket fans around the world.’

In the Booking.com ad, Cummins is seen sitting on a couch with another man, then in a stadium with him, where he takes a selfie. Then he bowls a ball which is caught by the same man, but Cummins magically appears beside him again.

The ad ends with the player and his friend in a hotel lobby.

Cummins was recently so concerned about Alinta Energy’s parent company, Pioneer Sail Holdings, being one of the country’s biggest carbon emitters that he shared his ‘ethical concerns’ with Cricket Australia CEO Nick Hockley.

‘More so than ever before you’re seeing players’ personalities and interests and passions shine through and have a bit more of a say than maybe in the past,’ Cummins told Nine Newspapers earlier this month.

Cummins’ stance, which was quickly slammed by 2GB’s Ben Fordham and One Nation’s Mark Latham, emerged after it was announced that Alinta’s four-year deal with Cricket Australia would only be renewed for one more season.

Alinta received a dismal 2 out of 5 stars in this year’s Green Electricity Guide, due to their plan to burn coal to 2047, the local environmental harm they cause and their ranking as Australia’s 7th biggest polluter.

‘I think the most obvious, front-of-mind things you can see is who we partner with. So I hope that when we think of who we want to align with, who we want to invite into being part of cricket, I hope climate is a real priority,’ Cummins said.

He specifically mentioned the Australian team flying from Brisbane to Perth to play a single T20 match and then returning the next day.

‘Scheduling games where you fly for four hours, play a game and then 24 hours later turn around and fly back across the country, it’s something where you think “could we have done something better”,’ he said.

‘We’ve got a big footprint, there’s no doubt about that, but with initiatives to help offset it, there’s no such thing as a free lunch, we can’t be doing all that travel and not be putting anything back in the bucket.’ 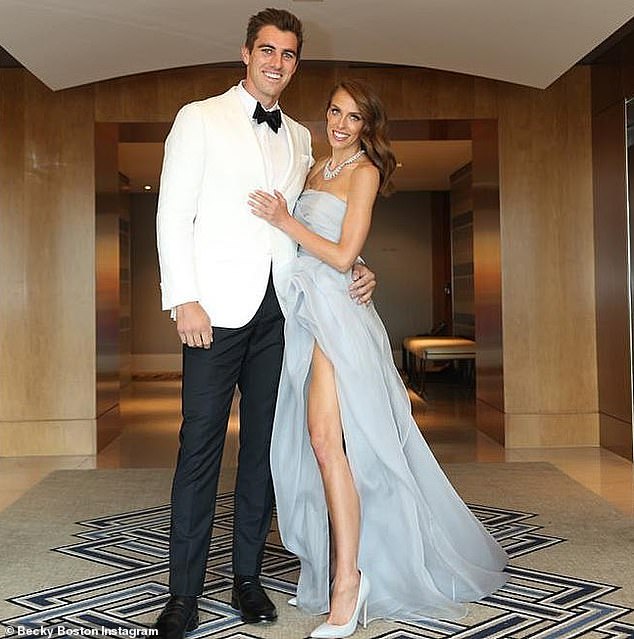 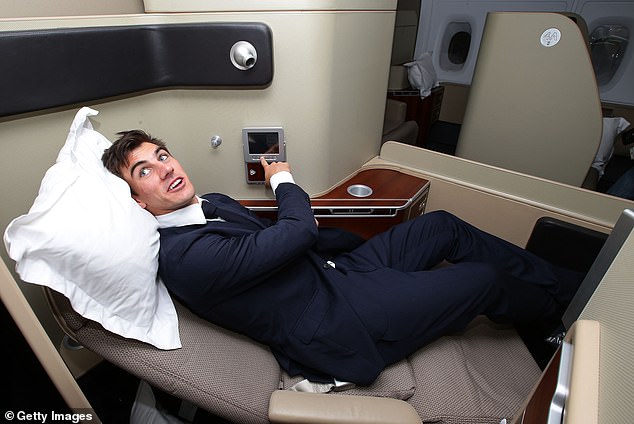 Australia’s leading fast bowler has previously been pictured enjoying the perks of flying up the front of the plane. Seen here testing the business class beds on a Qantas A380 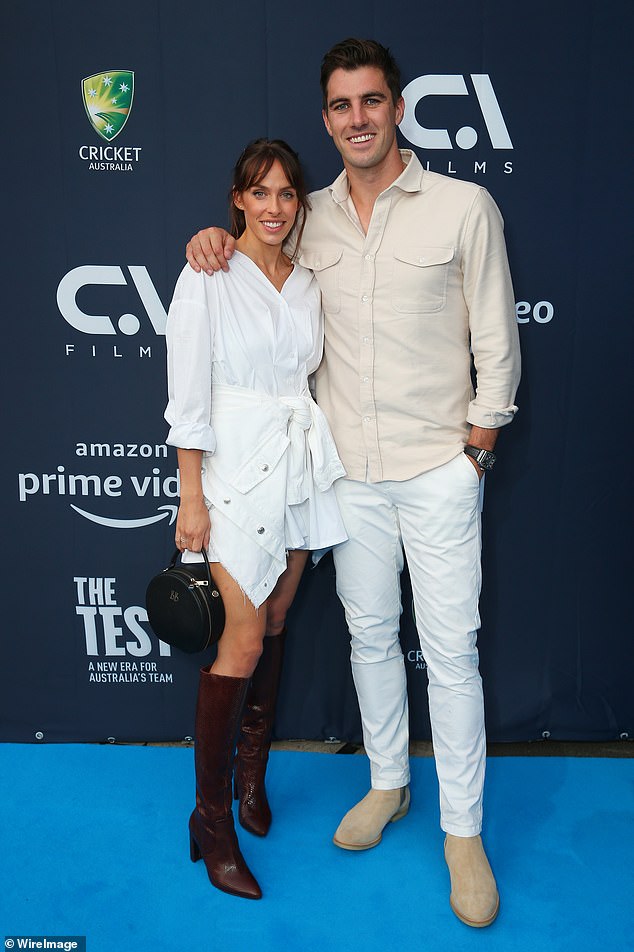 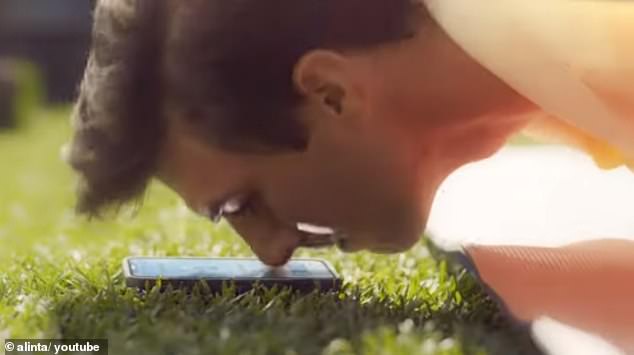 ‘I’ve got my own personal views so when it comes to personal sponsorships there are some companies I wouldn’t want to align with. When we’re getting money, whether it’s programs for junior cricket, grassroots, things for fans around Australia, I feel a real responsibility that with that, we’re doing on balance what is the right thing.’

Cummins’ comments are in stark contrast to his lifestyle which, apart from advertising for a high polluting industry, has included flying business class and driving a Range Rover.

In 2020, the American Council for an Energy-Efficient Economy listed Range Rovers as one of the 12 environmentally ‘meanest’ rides on the road due to its carbon emissions.

See also  IND vs SA: It Was Not Our Best Day Today

This led to Ms Rinehart cancelling the $15million sponsorship deal. 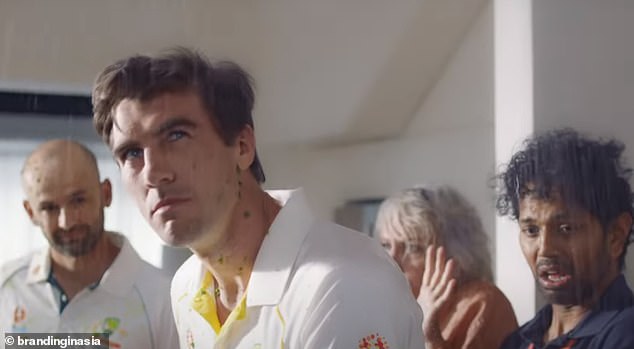 Test captain Pat Cummins has ‘ethical objections’ about Alinta Energy remaining on board as Cricket Australia’s principal partner, despite appearing in several ads for the energy provider

Radio host Ben Fordham told his listeners on 2GB that Cummins should stick to playing the game instead of telling Cricket Australia how to get sponsors.

‘The idea that the national captain is personally lobbying for his boss to cancel a $40million sponsorship deal is just absolutely crazy,’ Fordham said.

‘It’s a power company- not an outlaw bikie gang!’

Fordham said he was not suggesting sports stars take a vow of silence but said they need to be careful what ground they campaign on.

‘No industry is immune from criticism,’ he said.

‘If you put a line through all of them… there will be no sponsors left.’

One Nation NSW leader Mark Latham pointed Cummins featured in an Alinta Energy TV advertising campaign for their call centres, where he answered a phone call while doing yoga.

‘Wasn’t Pat Cummins in the Alinta Energy advertising campaign?’ he captioned the ad.