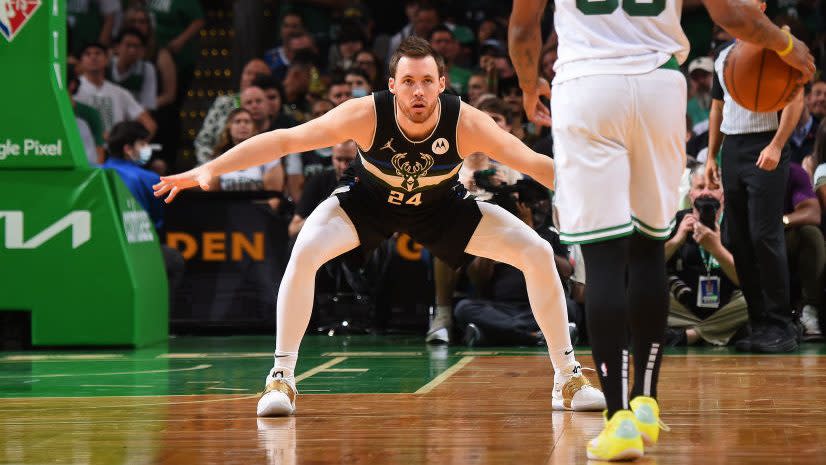 After agreeing to a two-year deal that wasn’t legal cap-wise with Pat Connaughton in 2020, the scrambling Bucks had to give him a three-year contract with a $5,728,393 player option. Though Connaughton got higher salaries in the first two seasons of the contract, the snafu might pay off for Milwaukee.

Because Connaughton is opting into that that below-market-value-looking salary.

What a break for the Bucks. Connaughton probably could’ve gotten more as a free agent. The hustling guard has shown he can hold up deep in the playoffs with his defense and shooting.

Conscious of the luxury tax, Milwaukee might have once planned to use Connaughton’s roster slot on a minimum-salary player. But keeping a positive-value player like Connaughton is never a bad thing. The Bucks could always trade someone if the $5,728,393 he’s due is more than they budged for.

This is the second straight year Milwaukee kept a key reserve relatively cheaply. Bobby Portis re-signed for just the Non-Bird Exception last summer. He has a $4,564,980 player option to decide on within a week. We’ll see whether he gives the Bucks another discount. One way or another, he is expected to stay.

More on the Bucks

Thanasis Antetokounmpo picks up $1.9 million option to stay with Bucks Bucks Grayson Allen has procedure on finger, will be ready for camp Warriors, Celtics top way-to-early NBA championship odds for next season