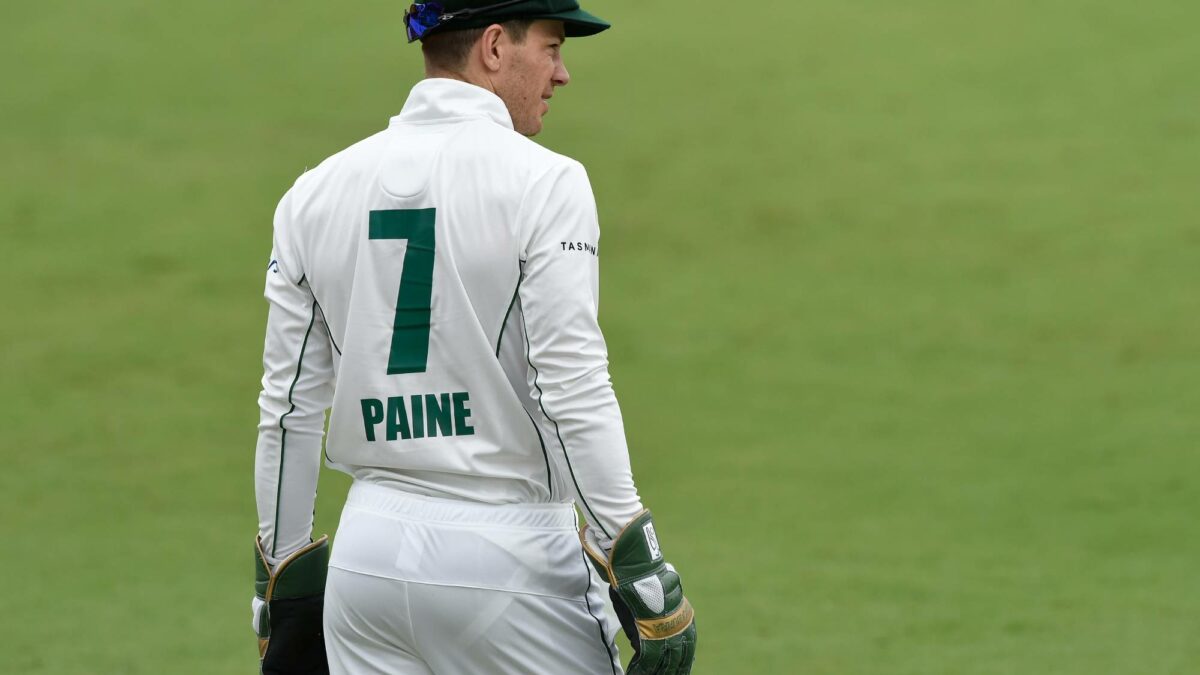 Tim Paine looks like he has played his last game in the first-class arena after being dropped by Tasmania.

The former Australian Test captain, who returned this summer after a 12-month absence following the sexting scandal which led to him resigning his post, was made 12th man for the Tigers’ Sheffield Shield clash with South Australia on Thursday morning.

Paine has taken 12 catches and pulled off one stumping with the gloves but has struggled with the bat, scoring six, 29 not out, two and 24 for a total of 61 runs at 20.33 in his three matches.

The 35-Test veteran, who turns 38 next week, was not contracted to Tasmania’s main squad this season but was given another chance at Shield level as a chance to finish his career on his own terms.

Tasmania have won the toss and sent South Australia in to bat in their Sheffield Shield clash, as the Tigers push to consolidate their position near the top of the table. 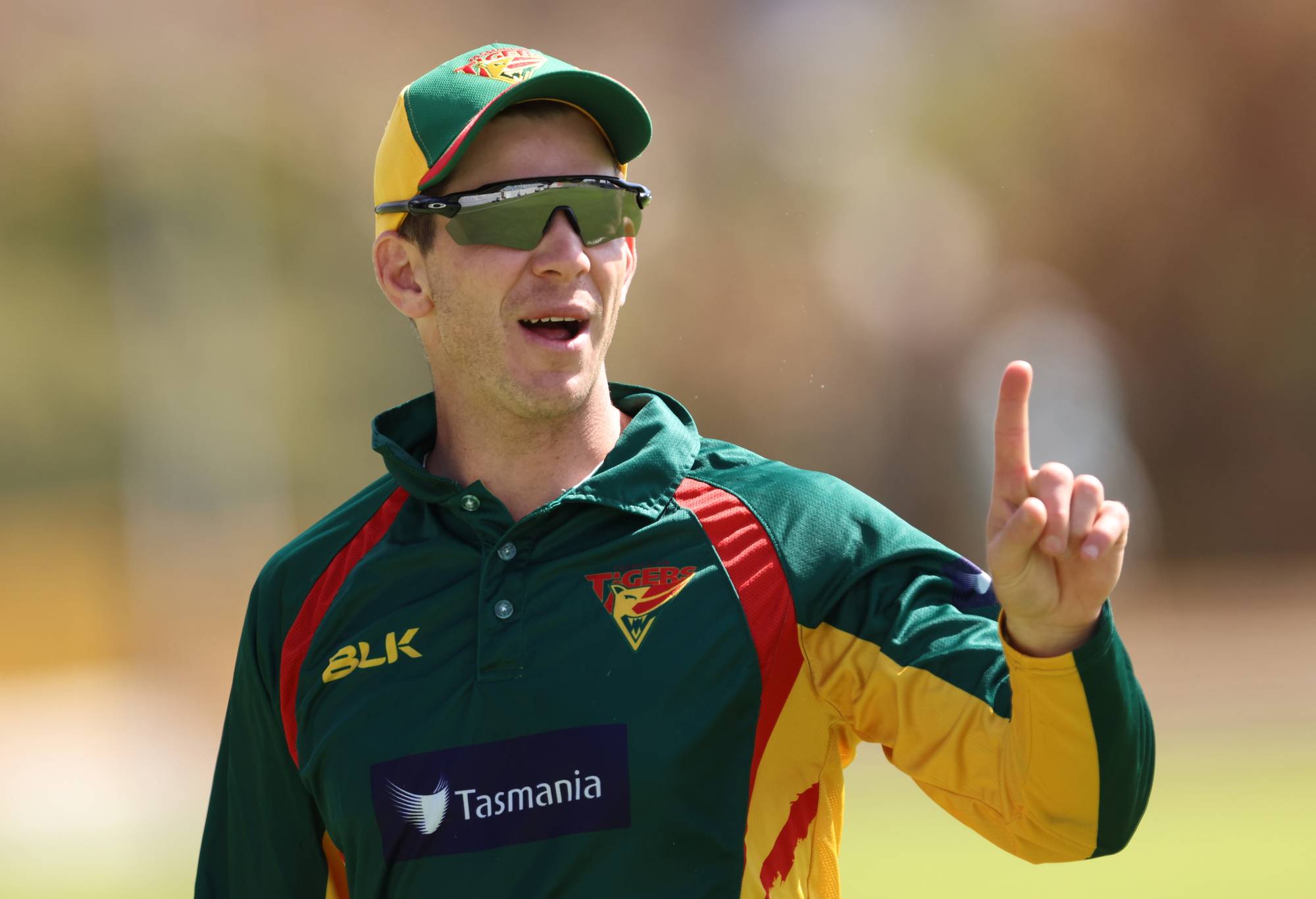 Tigers quick Riley Meredith returns in place of Nathan Ellis, who is being managed, while Billy Stanlake (return-to-play program) and Mac Wright (injury) are still unavailable.

Tasmania sit second on the Shield table behind Western Australia after a hard-fought four-wicket win over Victoria in their most recent match.

South Australia are second-last with two losses and three draws so far this season.

This fixture is both sides’ last before the Shield takes a mid-season break for the BBL.

Zampa back for Blues against Victoria

NSW have won the toss and sent Victoria in to bat in their first Sheffield Shield match since Phil Jaques was axed as Blues coach.

Veteran mentor Greg Shipperd has been given the caretaker role and hopes to turn NSW’s fortunes around after their worst start to a Shield campaign in 14 years.

The Blues have failed to win in their first five Shield matches, and are also last on the one-day ladder with just one victory in five attempts.

Adam Zampa, who was named in the 13-man squad, has been included in the final XI to make his first appearance in first-class cricket in three years as he launches an unlikely bid to make the Test squad for the February tour to India. 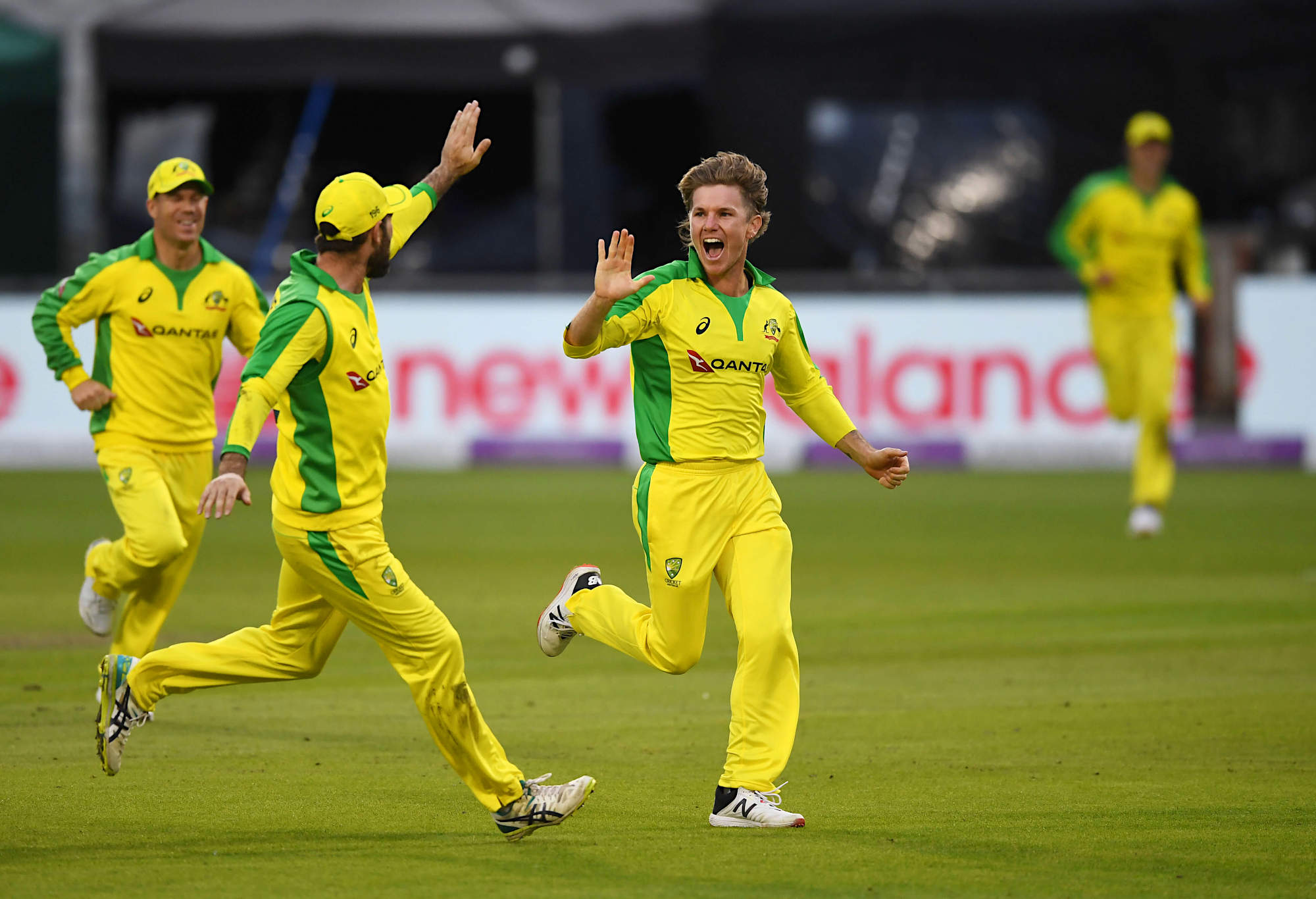 Victoria have also struggled in the Shield this summer, with three draws to their name in five games.

But they have been bolstered by the return of captain Peter Handscomb and off-spinner Todd Murphy from national duty for the Junction Oval clash, starting on Thursday.

The pair are back following a successful outing for the Prime Minister’s XI against the West Indies.

Sam Elliott and Campbell Kellaway will both get further chances to cement their spots in the Victoria side after impressive debuts in the previous four-wicket defeat to Tasmania.

This fixture is both sides’ last before the Shield takes a mid-season break for the BBL.

Former Test opener Jaques took NSW to a Sheffield Shield title in his second season in charge of the Blues in 2019-20, and a one-day title the following year, but was off-contract this season amid the team’s terrible start.

He was axed on Tuesday, with Shipperd to take over for the rest of the season.

Sri Lanka have completed their highest successful run chase ever at home to square the three-match ODI series against Afghanistan at the Pallekele International Stadium.

Set a target of 314 to win on Wednesday, Sri Lanka got home with two balls and four wickets in hand as Charith Asalanka starred with an unbeaten 83 off 72 balls, with five fours and four sixes, in response to a record-breaking knock of 162 by Afghanistan’s opener Ibrahim Zadran.

Sri Lanka were in trouble after Rashid Khan ran through the middle order, claiming 4-37. Three of those dismissals were batsmen failing to read the googly and all three were bowled through the gate.

But Asalanka, battling through cramps, fought back and was well-supported by Dunith Wellalage as they added 65 off 39 deliveries for the seventh wicket to complete the run chase.

The hosts needed 13 runs off the last over. Wellalage pulled the first ball bowled by Fazalhaq Farooqui for six although Rashid Khan at deep mid-wicket nearly completed the catch.

Wellalage got a single off the third ball and then Asalanka sealed the game with a six off the fourth delivery, much to the delight of the packed stadium.

“It’s my best knock in Sri Lanka colours,” Asalanka said. “We knew that Rashid Khan was the key so we had to take fewer risks against him. Dunith Wellalage was brilliant tonight. To show composure under pressure was so good to see.”

Zadran had earlier rewritten the history books for Afghanistan with a career-best knock before being dismissed in the last ball of the innings.

The 20-year-old posted the highest score by an Afghan player in ODIs, surpassing Mohammad Shahzad’s 131 made in 2015 against Zimbabwe in Sharjah.