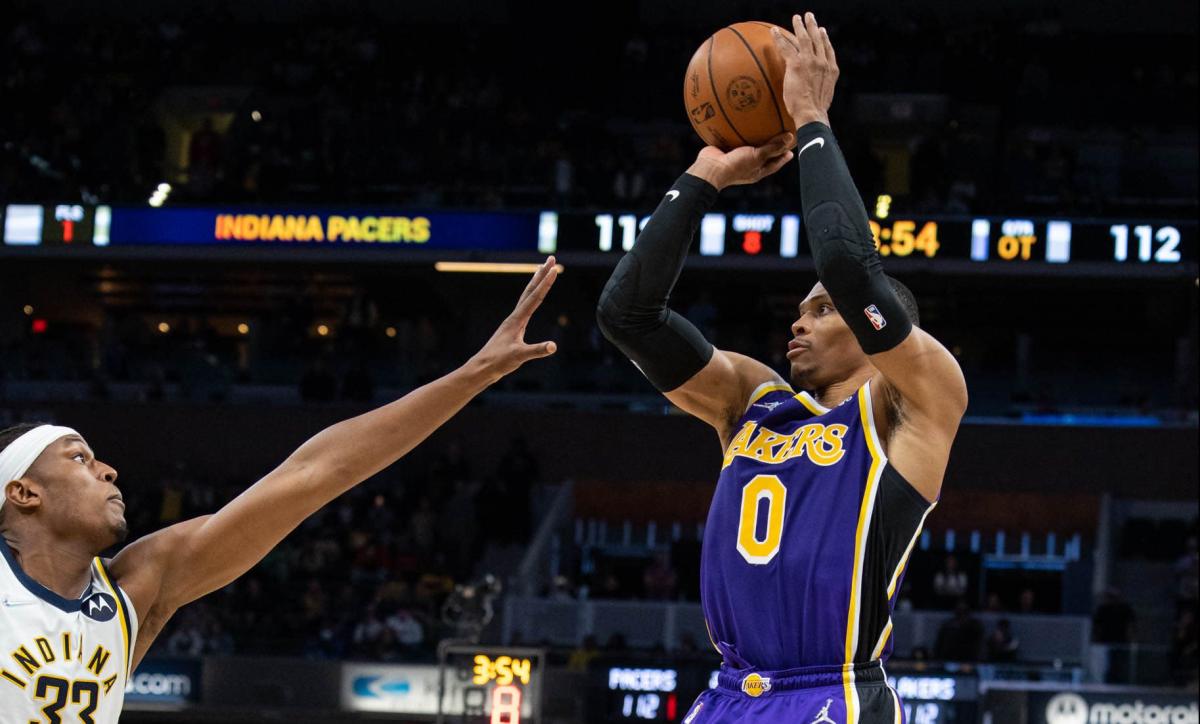 There may be reports that the Los Angeles Lakers are preparing optimistically to move forward with Russell Westbrook on the roster, but it also appears they’re looking to trade him for the right package.

Finding a willing trade partner for such a deal will be hard enough, but working out a return package that will be palatable enough will be even harder.

One team that has been rumored to have some interest in Westbrook is the Indiana Pacers.

However, according to one NBA reporter, the Lakers made an offer to the Pacers, only to have them rebuff L.A.

“One recent report points to the Lakers trying to offload Westbrook alongside Talen Horton-Tucker and a future first-round pick in exchange for Indiana Pacers guard Malcolm Brogdon.

“‘They’re being active,’ Jonathan Givony said on Zach Lowe’s podcast when discussing the Lakers. ‘You’re hearing some, they’re calling Indiana and saying, “How do you feel about Westbrook and Talen Horton-Tucker and our 2026 first-rounder?” And they just get a nice chuckle and say, “No thank you, we’ve got better deals on the table than that.”‘”

Brogdon would be a decent return for the Lakers. Although he is injury prone, he is a skilled combo guard who can score, get others involved and defend at a pretty high level.

However, a package of Westbrook, Horton-Tucker and a future first-round draft pick for him seems like way too much to give up, unless additional players would be coming back along with Brogdon.

Rumor has it that the Charlotte Hornets do have sincere interest in acquiring Westbrook, and the Lakers will reportedly make an attempt at landing Kyrie Irving for Westbrook should the former become available.