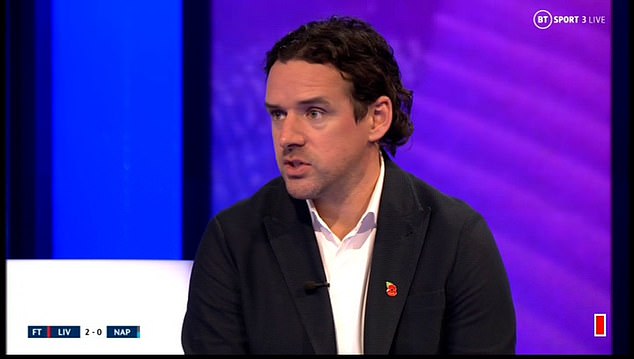 ‘Maybe this is the recipe for Liverpool’: Owen Hargreaves thinks focusing on ‘set-pieces and clean sheets’ could end Anfield slump after both goals in 2-0 win over Napoli came from deadballs

Owen Hargreaves believes that Liverpool have to continue keeping clean sheets in order to succeed this season.

Jurgen Klopp’s side were brilliant in keeping out Napoli in their Champions League victory, although VAR did correctly rule out a Leo Ostigard headed goal on the one occasion that the Italians looked dangerous.

However, in the Premier League, Liverpool have struggled to keep out the opposition as they have lost their last two games against Nottingham Forest and Leeds.

Domestically, the Reds have only kept four clean sheets in their 12 games and conceded 15 goals in the over eight matches. In the entirety of last season the club only allowed 26 goals in their 38 league games.

Hargreaves thinks that is Liverpool can defend like they have done against Napoli and pair it with their threat from set-pieces that they will be on for successful season.

Liverpool’s goals against Napoli both come from set-pieces as Mohamed Salah and Darwin Nunez both poked home from close range after following up after Alex Meret spilled headers. 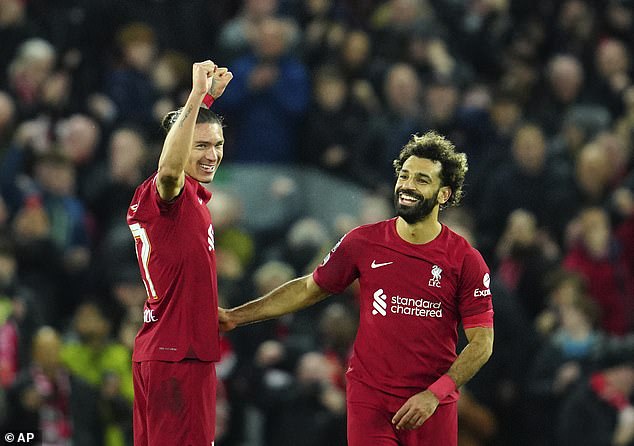 He told BT Sports: ‘Maybe this is the recipe for Liverpool, set-pieces and keeping clean sheets. With Van Dijk and Nunez, they are a huge threat from set-pieces. Liverpool should be one of the best teams in the Premier league from them.

‘With set-pieces and Mo Salah, that is more than enough firepower.’

The win against Napoli is the ideal preparation for their return to Premier League action against Tottenham on Sunday. 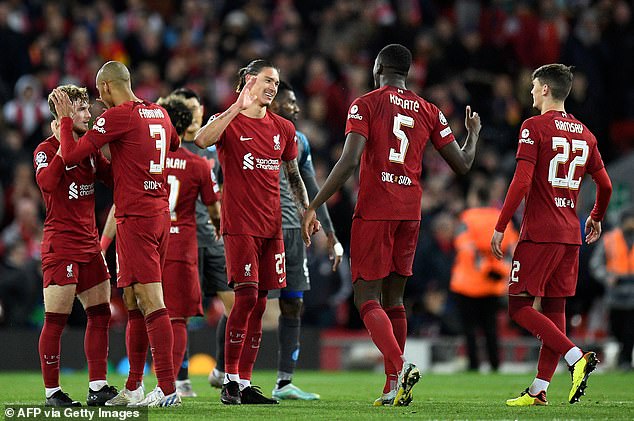 Salah believed that the victory has given them confidence, a message that Hargreaves agreed with.

He added: ‘I think Mo Salah nailed it, this is against one of the best teams in the world, one of the most in form teams in Europe.

‘If you can keep a clean sheet against the highest scorers in Italy and in the Champions League, and their gameplan worked tonight and you have to give credit to Jurgen Klopp and the players.’