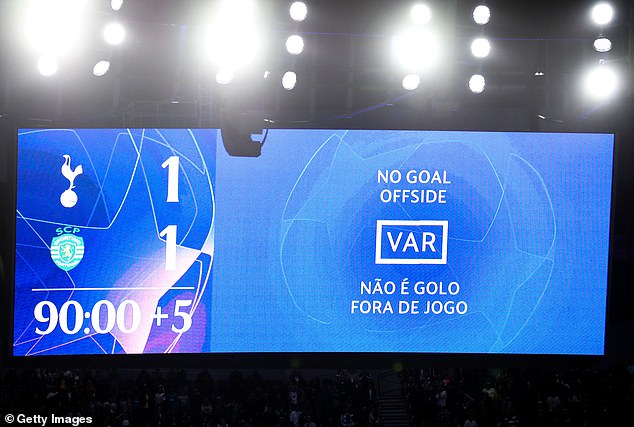 A fortnight ago, I landed in Madrid after a flight from London and turned on my phone to be greeted by a flurry of text messages from a friend who is an Arsenal season ticket-holder.

He had driven up to Yorkshire with his daughter for the Premier League away game against Leeds United.

‘Any idea what’s happening at Elland Road?’ his first message read. His second, sent immediately afterwards, was an unprintable diatribe about what he thought of everything connected with VAR and how it was destroying his enjoyment of football.

VAR is still not fit for purpose, despite being brought into the Premier League three years ago

I looked up what had happened. The match had been under way for a minute when a power surge at the ground knocked out the VAR system and the goal-line technology.

The spectators spent long periods of the resulting 40-minute delay not knowing what was going on, reliant for information on rumours relayed by other fans.

It wasn’t VAR’s fault. It never is. But it was another symbol of the disruption and the uncertainty VAR has caused.

And I thought of those supporters at Elland Road when Harry Kane grabbed a late winner for Spurs in their Champions League tie against Sporting Lisbon last week and the Tottenham Hotspur Stadium erupted with joy and triumph and relief.

Those are some of the best moments to be a football fan, the moments when you lose yourself in the ecstasy of the instant, when nothing else matters, when nothing else encroaches, when you know that for a few precious seconds you are going to be part of some crazed communal celebration. 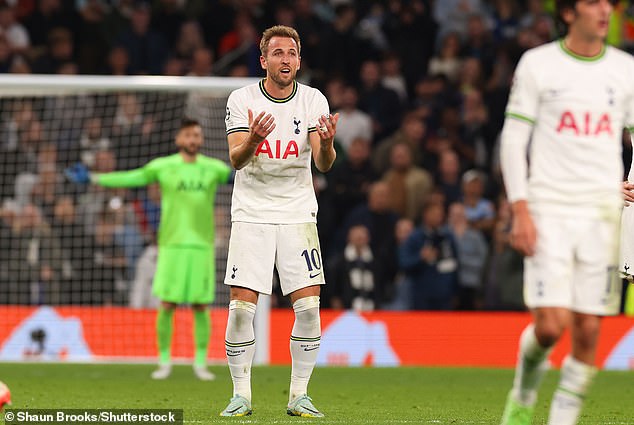 At one level or another, we all go to football — and to all sport — for the escapism of it. Those moments after a goal is scored, when you can let everything go, when you can revel in the joy of those around you when you can forget everything else, represent that escapism at its best and its most intoxicating.

Those moments are being lost to us. Whether you are a supporter of VAR or a defender of it, it is impossible to argue against that. At Spurs, the euphoria lasted for 30 seconds or so, the players cavorting, the manager beside himself, the rejoicing unbounded. And then the uncertainty set in.

Slowly, it became obvious something was wrong. The joy dissipated. It became evident VAR was involved. Joy gave way to dread. There was a delay of more than four minutes. Footage from inside the stadium showed the expressions on the faces of the fans curdling. Eventually, the goal was ruled out.

It is worth pointing out that the decision was correct. Kane was offside when the ball was nodded on to him and offside, like the question of whether the ball has crossed the line, is non-negotiable. You are either offside or you are not. The issue here is a bigger picture. The issue is the spirit and soul of our game. 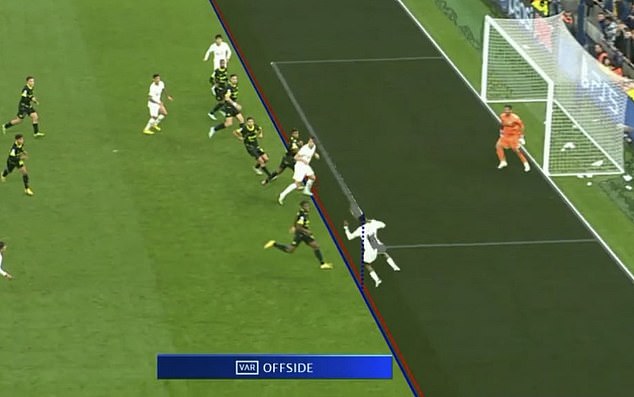 The issue is that, more than three years after its introduction in the Premier League, three years after many of us hailed it as a game-changer for referees and the scourge of bad decisions that often benefited the big clubs, VAR is still not fit for purpose.

The truth is, it is just acting as another nail in the coffin of the live spectator. Football has found yet another way to damn the fans and push them even further to the margins as they prioritise the TV audience. The fans are not even given the courtesy of being told what is happening in matches they have paid handsomely to attend. That has to change.

I’ve always been a supporter of VAR because all logic says it should be a help to referees and a means of eradicating injustices in football. It is also untenable for broadcasters and fans to have access to technology that referees are denied. That would lead to anarchy, too, just a different kind to the anarchy VAR has brought us.

Having resisted new technology for so long, FIFA then rushed to introduce it into the worldwide game too fast. Only goal-line technology has been an untrammelled success. There are never any arguments about its decisions. The technology is trusted implicitly. Its decisions are immediate and instantly accepted.

Everything else has been a mess. VAR has been too heavily involved, too soon. Offside decisions should have been made clear with technology. But instead of clarification, it has only brought confusion, anger, controversy and resentment. Lines have been drawn and redrawn and, most of all, they have been blurred. 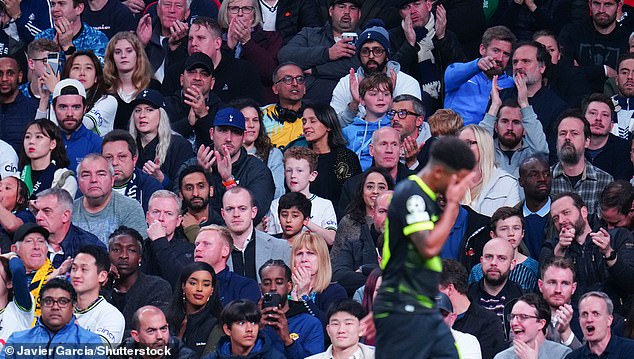 And to our celebrations, it has brought the death of certainty. And not knowing whether we can celebrate a goal or not, having to put celebrations on hold, will kill football if it is allowed to carry on much longer. The circus at Spurs on Wednesday night was, sadly, another setback the game can ill afford.

It is tempting to put it all in the bin. Smash the machinery. Just like the Luddites did. But that wouldn’t fix it, either. It would just shift the problem. Instead of being pilloried for getting it right slowly, referees would be savaged for getting it wrong quickly.

What the game needs now is time and common sense. Scale back the role of VAR. Take away subjective decisions from the system. Allow the referee to decide on red cards and penalty decisions without interference. VAR hasn’t worked in those areas. It should have done but it hasn’t. Subjectivity still reigns.

And in time, the Semi-Automated Offside Technology (SAOT) should make situations like the one that marred the game at Spurs go away. Yes, SAOT was being used at Tottenham on Thursday but it was compromised by the peculiarities of the circumstances surrounding the Kane goal.

With more use and more experience, SAOT should make offside controversies and delays a thing of the past. We will find out more at the World Cup next month, where it will also be used. Maybe then, offside decisions will be accepted as unquestioningly as goal-line decisions are now.

If not, if the delays multiply, if we still cannot find a way to use the machinery properly, then football’s Luddites will march us back in time and say that VAR had its chance and it blew it. And those of us who thought we could see a future improved by technology will have to accept that we were wrong.

Give humble Henderson his due

It was a privilege to work alongside my Mail on Sunday colleague Dominic King on Jordan Henderson’s autobiography, which was published last week.

Liverpool’s Champions League and Premier League-winning captain has rightly received much praise for the off-the-field work he did in co-ordinating player fundraising for the NHS during the pandemic and for other initiatives within the game.

But even though many acknowledge his vital role in Liverpool’s triumphs, there is still a tendency among others to underestimate the contribution he makes on the pitch.

Sometimes, that includes Henderson himself. ‘I wanted to call this book “With or Without Me”, he writes, ‘because that’s how I feel about the trophies Liverpool have won over the last few years: they’d have won them with or without me.’ Maybe that gives you an idea that he is about as far as it is possible to get from a player who has an inflated idea of his own importance. 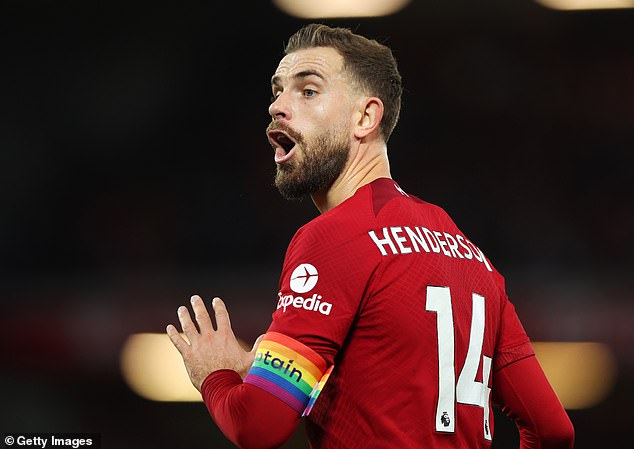 Liverpool and England midfielder Jordan Henderson’s autobiography has been released

I enjoyed seeing Antony doing his spin around the ball on the right wing during Manchester United’s Europa League tie against Sheriff Tiraspol on Thursday evening. 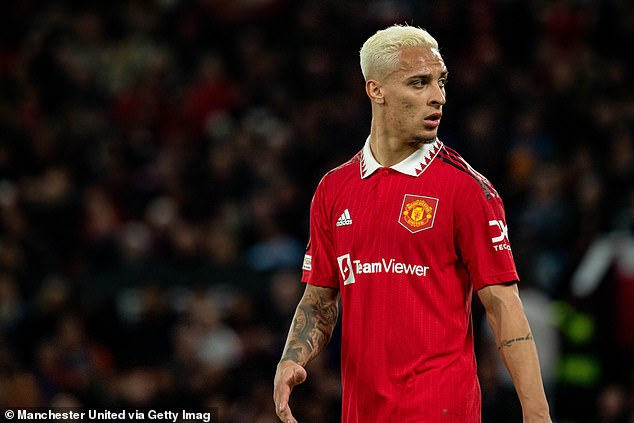