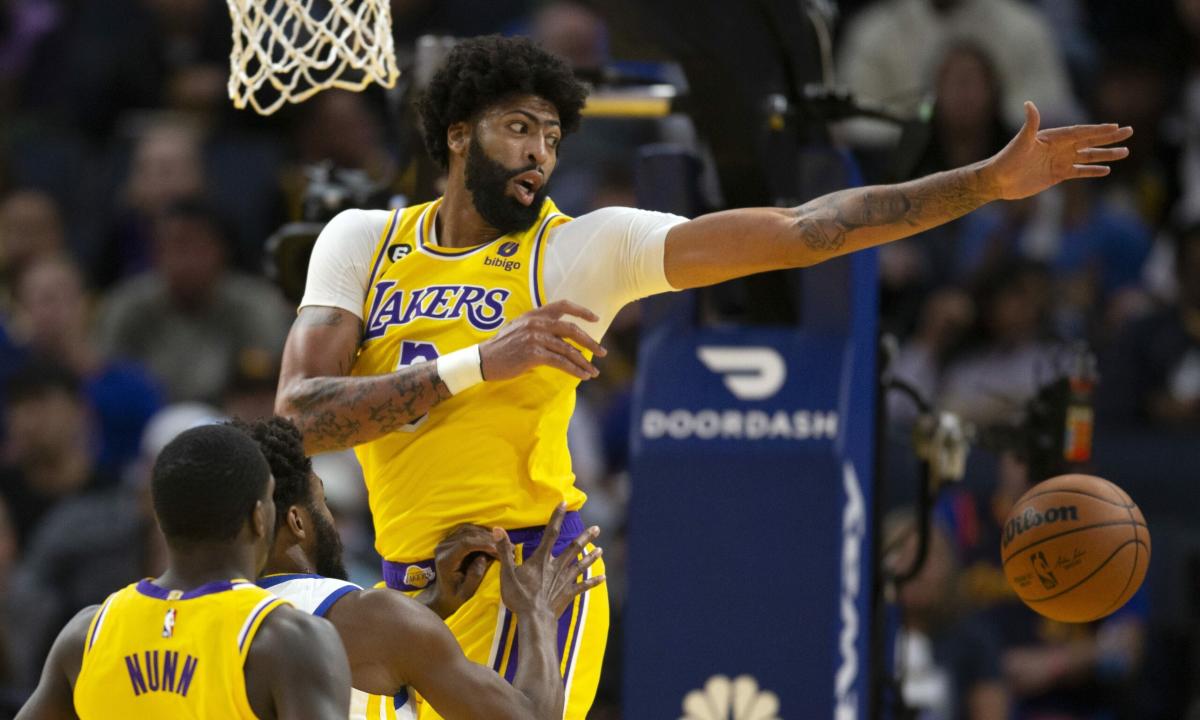 The Los Angeles Lakers are inching closer to the start of the regular season, as they took on the Golden State Warriors on Sunday evening at Chase Center in San Francisco.

L.A. finally ended its preseason drought by eking out a 124-121 victory, which was its first such win in two years. The team looked pretty at times in doing so, especially on the offensive end, even without LeBron James and Russell Westbrook, both of whom sat out to rest.

The Lakers shot 50.0 percent from the field and 43.6 percent from 3-point land, and they also held the Warriors, those notorious outside snipers, to just 33.3 percent from deep.

Another pleasant surprise was the Lakers’ free throw shooting – they went 17-of-18 from the charity stripe. Last season, they were 29th in the NBA in free throw accuracy.

Three players, in particular, stood out for the victors.

Davis has been the subject of lots of criticism from Lakers fans, especially for being injury-prone, and when he missed the team’s last two preseason games with lower back tightness, they were thinking, “Here we go again.”

But Davis suited up tonight, and he did very well.

He went 9-of-18 from the field and a perfect 8-of-8 from the free throw line, giving him an impressive 28 points in just 21 minutes. Even better, he went 2-of-4 from 3-point range, just as he did in L.A.’s first preseason game.

Kendrick Nunn looks like he has returned to form

After missing all of last season with a bone bruise in his knee, many Lakers fans were skeptical Nunn would be able to play this year, let alone play well.

But he has played well in the three preseason games he has appeared in, especially his last two.

On Sunday, he was 8-of-13 overall and 5-of-7 from downtown for 21 points in 25 minutes. The guard also added seven assists and four rebounds.

If this is anything close to the Nunn the Lakers will be getting all of this season, their chances of being successful will be that much higher.

Matt Ryan lit it up

When the Lakers signed Matt Ryan several days ago, most figured he would be little more than training camp fodder or the equivalent of a practice squad player in the NFL.

But tonight, he got hot – blistering hot.

In the third quarter, Ryan started an onslaught, and when it was over, he had tossed in 6-of-9 from downtown. With the Lakers clinging to a 122-121 lead with 5.4 seconds left in the fourth quarter, he was fouled and made two free throws to ice the win.

The 6-foot-7 forward ended with 20 points in an extremely strong showing.