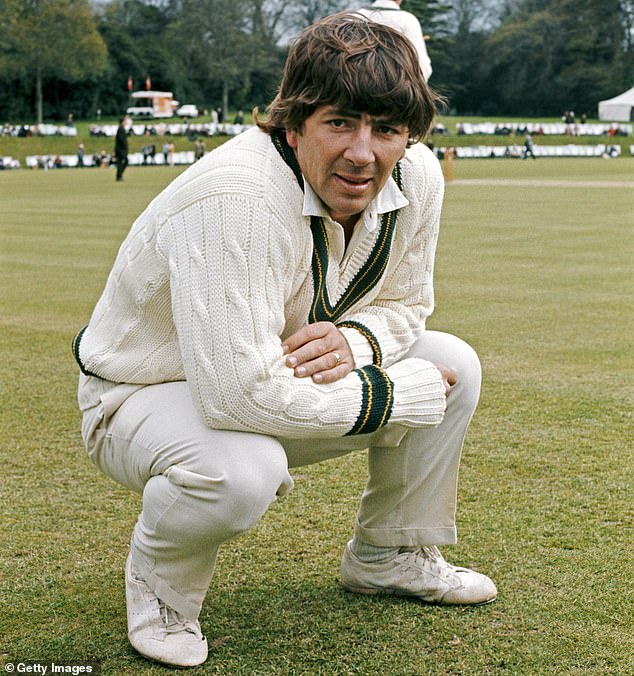 OBITUARY: Cricket has lost a giant after the death of Rodney Marsh aged 74. The Australian was a fierce competitor and loved a scrap but could be scrupulously fair-minded

Cricket was in mourning on Thursday night following the death of Rodney Marsh, the former Australian wicketkeeper, at the age of 74. He had suffered a heart attack in Bundaberg, Queensland, last week, and been in an induced coma.

Marsh, who won 96 Test caps from his debut during the 1970-71 Ashes until his retirement 13 years later, was an indelible part of Ian Chappell’s gun-slinging Australian side.

And few modes of dismissal in the history of the game are more evocative than “c Marsh b Lillee”, which appeared on Test scorecards no fewer than 95 times. Among Australian keepers, only Ian Healy won more caps.

Rodney Marsh, pictured here on the 1972 Ashes tour of England, was a cricketing giant

A fierce competitor, Marsh – who had a Test-record 355 dismissals to his name at the time he left the game – was no one-eyed patriot. After heading up the Australian academy in Adelaide, he was poached by the Poms, and in 2002 he set up English cricket’s new national academy in Loughborough.

He was a taskmaster from the old school – the quip-laden Graeme Swann was among those who quickly learned not to wind him up – but he was fair-minded, too, and earned the respect of a generation of England hopefuls through his knowledge, passion and remorseless work ethic.

He even became an England selector, and was in place when Michael Vaughan’s team won back the Ashes in 2005 after eight successive series defeats by the Australians.

But it was behind the stumps, wearing his cherished Baggy Green, that Marsh – christened ‘Iron Gloves’ by Chappell after an error-strewn debut – left his mark on the game. 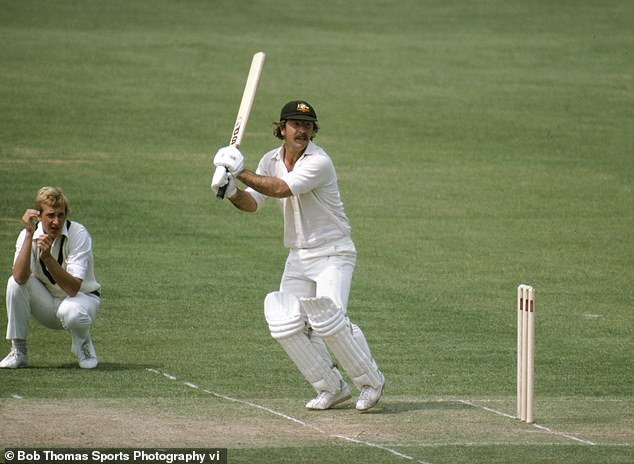 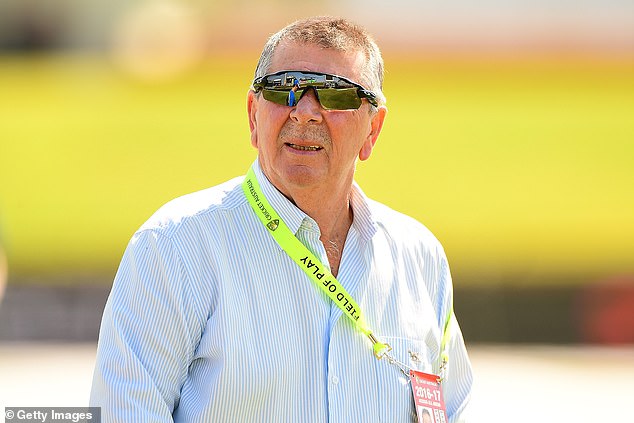 On Thursday night, an image of one of the most famous of his many catches was doing the rounds on social media – Patrick Eagar’s photograph of Marsh, at full stretch in mid-air, during the 1975 World Cup semi-final at Headingley to dismiss England’s Tony Greig off Gary Gilmour. The ball was actually heading to the right of Chappell at first slip, but Marsh dived across him to claim a spectacular catch.

See also  Shikha Pandey vs Shane Warne- Who did it better?

Not everyone saw eye to eye with him, and he and Lillee made clear their displeasure at the appointment of Kim Hughes as Australian captain. Some felt their behaviour towards Hughes verged on bullying. But he could be scrupulously fair-minded too. 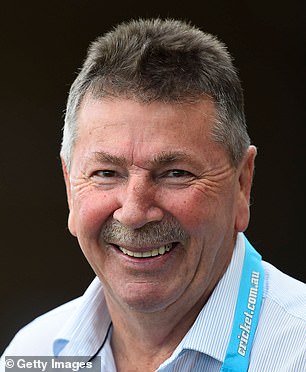 When Greg Chappell instructed his brother Trevor to bowl an underarm delivery from the last ball of a one-day international at Melbourne to prevent New Zealand’s Brian McKechnie from hitting it for a match-winning six, Marsh – behind the stumps – was visibly unimpressed.

Later, following a five-year stint on Australia’s selection panel, he criticised the ‘win at all costs’ mentality that had led to the sandpaper scandal at Cape Town in 2018 and brought about the sacking of Steve Smith as captain. The culture at Cricket Australia, Marsh said, had been ‘toxic’.

Never far from the surface was the larrikin of Australian legend. These days, the decision by Marsh and Lillee to take up odds of 500-1 on an England win during the Headingley Test of 1981 would have interested the ICC’s anti-corruption unit. Back then, it seemed like a bit of harmless fun.

Above all, Marsh loved a scrap, and he had an eye for the occasion. As well as an increasingly classy keeper, he was a punchy lower-order batsman, who scored an unbeaten century during Australia’s 45-run win over England in the Centenary Test at the MCG in 1977-78. Later, as Derek Randall fought a famous rearguard, Marsh sportingly called him back after insisting he had not taken a catch cleanly.

That summed him up. In more ways than one, the world of cricket has lost a giant.