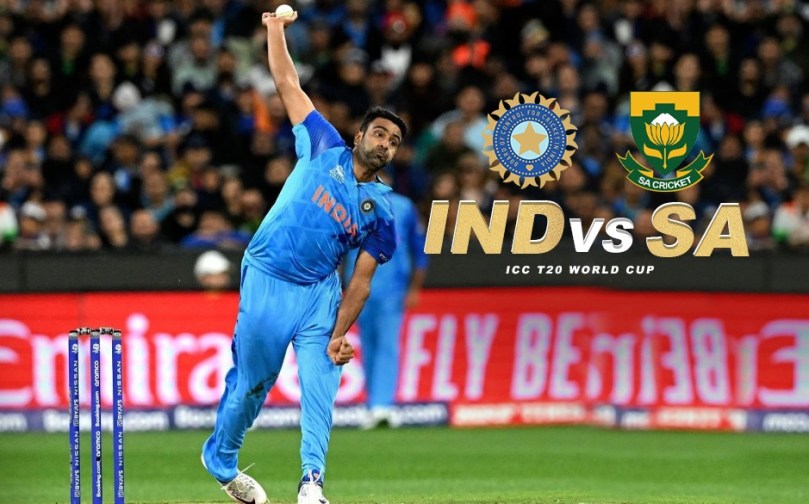 IND vs SA LIVE: ICC T20 World Cup 2022 LIVE: Ravichandran Ashwin keeps proving everyone wrong. Done and dusted from white-ball formats, he has come back in, proving his doubters wrong time and again. He has reinvented himself and his skills, becoming a defensive bowler to trouble batters in T20s. Despite not in plans initially, Ashwin is now a crucial member of the side. And against SouthAfrica which could very well decide the two semifinalists from Super 12 Group 2, Ashwin will be India’s trump card at Perth, where pace and bounce tend to rule. Axar Patel will have to take a backseat and there won’t be a place for Yuzvendra Chahal either. Follow India vs SouthAfrica LIVE Updates on InsideSport.IN.

Not that Ashwin has been very effective in the T20 World Cup so far, but it’s his superb economy rate that has troubled batters. His variations which are hardly in line with traditional off-spinners have been difficult to hit. Even though Ashwin has managed just 2 wickets so far, it’s his miserly spells that have created opportunities for other bowlers.

But against SouthAfrica, he could be mighty effective. At Perth, during the practice game against Western Australia XI, Ashwin bagged three wickets in one over to spell their doom. With SouthAfrica possessing three left-handers in their main batting unit, Ashwin could have a field day.

IND vs SA LIVE: Why Ravichandran Ashwin is India’s Trump Card at Perth?

Perth Ground Dimension: The batters will also have their task cut out as the large dimensions of the ground (165m × 130m) will make clearing the fence more challenging. The minimum boundary length is 70m on all sides. Although the straight boundaries are considerably smaller, the mid-wicket boundary is 85m.

Ravichandran Ashwin vs SouthAfrica in T20s: