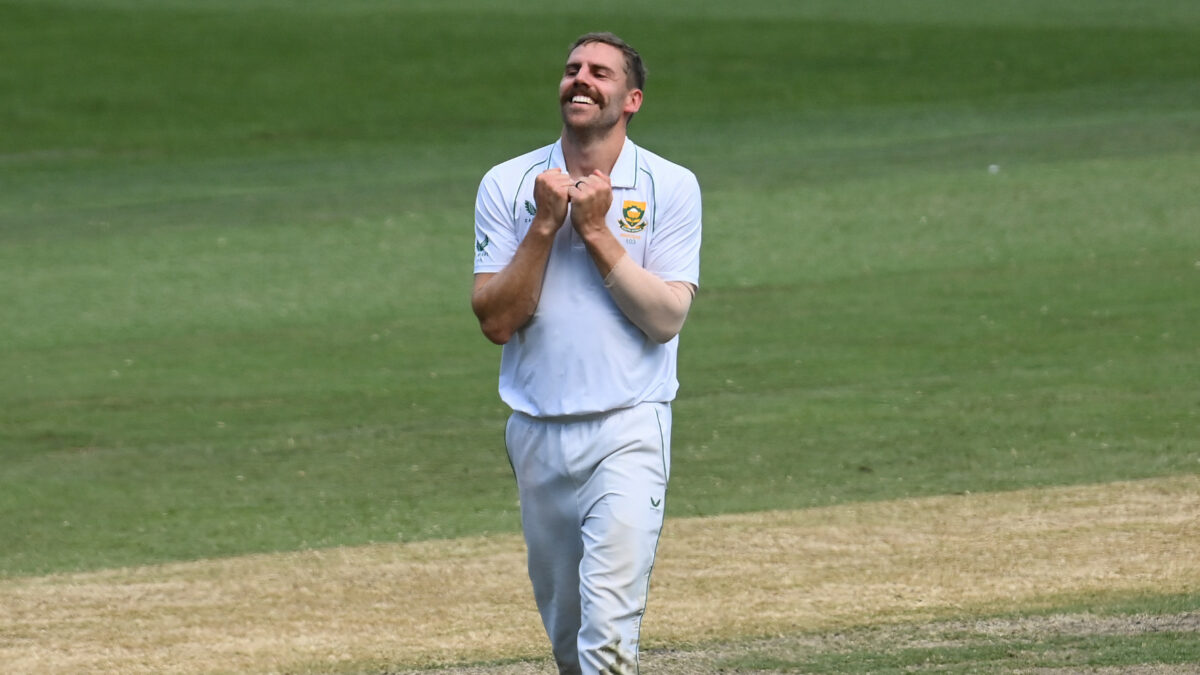 Sweltering conditions at the MCG made for a tough day’s play for everyone – but for one man, it was an afternoon he’ll never forget.

He’s had a tough run of form, with plenty of speculation over his shot, but it was certainly Warner’s World on Day 2.

From as early as Boxing Day night when he started to bat, it just looked a different Dave Warner from the rest of the summer. The pressure on him from the public and for his 100th Test match seemed to inspire him.

Then on Day 2, his shot-making and strokeplay, his decisive footwork, how busy he was, just looked like the Warner of old.

At the MCG, his square punching and pulling through the leg side were absolutely excellent, as was his straight driving. They’re all shots Warner at his best hits so beautifully.

The one blemish was the run out of Marnus Labuschagne, but I think a feature of their running before that ball was the stealing of extra runs. There’s a call to say they didn’t really need to take that risk, but they’d already snuck about 6-8 runs by turning twos into threes and ones into twos that morning. That’s also another feature of Davey at his best.

I also think if Marnus hadn’t actually stopped – he started running and tried to stop, but Warner was committed – he would have got there.

From then on, Warner was just so courageous – first dealing with Anrich Nortje, who really challenged him with some short stuff and hit him on the helmet and the gloves, and then when he started to cramp up.

In the Channel Seven commentary box, we started to compare him to Dean Jones during that famous innings in Madras (now Chennai). It probably wasn’t as humid as what Deano batted through, but it couldn’t have been far off the heat.

Just batting through that took real courage – what a way to celebrate your 100th Test match, with an absolute blinder of a double hundred.

He’s come such a long way from the T20 poster boy who always wanted to wear the baggy green, who got labelled as a slogger all those years ago. They’d never have thought he’d make a double-hundred batting that long in a Test, never mind in extreme heat and while getting tested by particularly Nortje and Marco Jansen. It was such a special innings from Dave.

You could see in the celebrations just how much it meant to him. We had that characteristic ‘oh what a feeling’ jump for his hundred and his double – he took his time to do it for the second one, and I reckon he got about a metre less with his jump! That brought about the end of his innings there and then, too.

I’ve got no idea how he’s feeling right now, but I walked past him later in the day and I saw him standing up with a smile on his face, so hopefully he’ll be right to go on Wednesday and maybe even be able to bat again.

Considering the Aussies ended the day 3/386, I thought the South African bowlers, especially Nortje and Jansen, kept at it and were a bit unlucky to not get more breakthroughs. Steve Smith got dropped behind by Kyle Verreynne off Jansen, who also bowled a really testing over to him just before lunch.

Nortje was brilliant. He was in the wars – he copped a hit from the Spider-Cam and had a bit of a dive later on trying to save a four – but there were no complaints from him aside from showing a bit of emotion. When he got the ball, though, he looked in the zone all day.

He’s got such a good action – he’s very upright in his run-up, there isn’t the forward lean that you see from a lot of other bowlers – and so his run-up doesn’t lose momentum and his feet are really well aligned so he can drive through the back leg and back hip and generate some serious heat. He’s got a really good follow-through as well, and bowls with good aggression that you need to be a pace bowler.

The moustache helps as well, I think – a lot of great fast bowlers from Dennis Lillee, to Merv Hughes, to Mitchell Johnson, have shown the power a good handlebar can have. I always thought Mitch was a better fast bowler with the ‘mo’ than he was clean-shaven.

Whether it just puts you in the mood with that type of handlebar moustache, I don’t know, but Nortje certainly gave it everything. 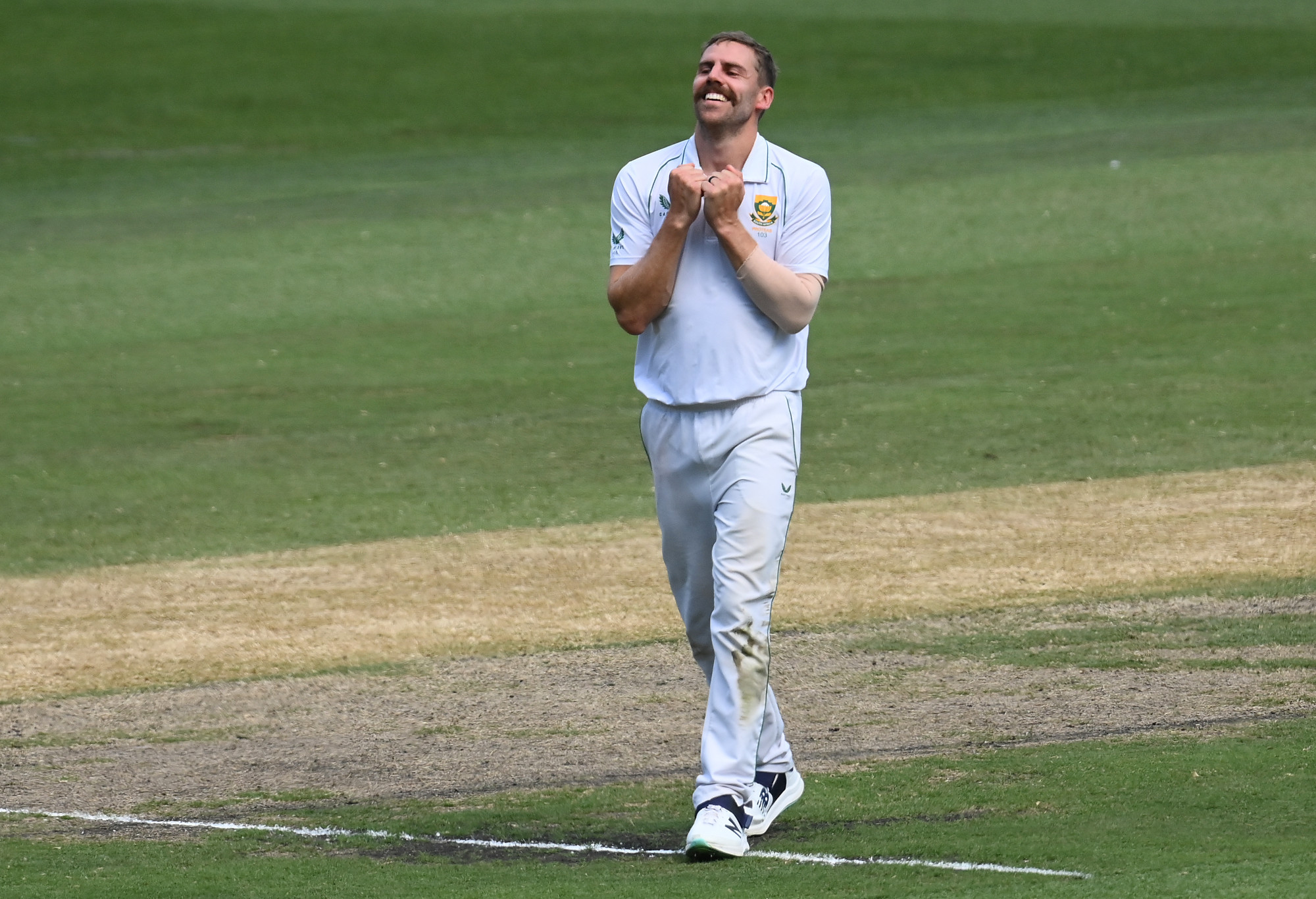 I just don’t think Dean Elgar has helped him out as captain. He doesn’t look the most innovative skipper, and didn’t use his bowlers well at all on Tuesday.

They only bowled two maidens for the whole day – generally, you’re looking to have about 20 per cent of your overs be maidens, and you also want as many consecutive ones as possible to start to build pressure.

Kagiso Rabada is a much better bowler than what he’s been this Test. His pace is well down – he’s only getting it up to mid-130s at best for the most part. Ngidi, too, is just going at the moment. It’s certainly not a full pace battery the way we’d hoped it would be before the series.

Elgar didn’t help them out with his field placings, either, and I think that played a big part in the lack of maidens. He put in deep points and backward square legs for a lot of the day, which meant there were too many singles to be had from inside edges and mishits, when they really needed wickets.

There was still enough to like about them – on a pretty flat pitch, to be honest, for a Day 2 wicket – but I don’t think Elgar got the best out of his bowling attack.

The big concern for the Aussies now is the injury to Cameron Green. With Mitchell Starc reportedly out for six weeks with his own finger injury, they might be two bowlers down for the rest of the Test, which is a concern.

I think Green’s finger injury might be behind or on the back of the index finger, so hopefully he just needs stitches. If that’s the case, they can bandage that up and then maybe his fingertip can still be on the ball. But it’s hard to say what the pressure of releasing the ball will do to that split finger until he gives it a go, like Starc did in the nets on Tuesday morning.

I think Starc’s issue is with the middle and index fingers- when you’re bowling, they’re the last two fingers you feel on the ball. If those are painful, you’re going to struggle to bowl; and then if he needs a painkiller, you lose feeling in them, which is just as tough to deal with. That’s going to be a day-by-day process for him moving forward.

Starc will almost certainly need to be replaced for Sydney, so you’d think Josh Hazlewood will play, unless of course they bring in a second spinner. Earlier this year, when I saw the SCG pitch, I thought they’d definitely play two spinners there, because it was pretty barren.

Cam Green will be the interesting one, though. If there’s no Green, who is the all-rounder? Is it Aaron Hardie from Western Australia? Will Sutherland’s in really good form too, but even batting at seven in a Test match would be a pretty tough ask for him.

Green’s a bit more irreplaceable than Starc if he does need to miss the Sydney Test. Fingers crossed it’s just the back of the index finger that’s the problem, and even if he can’t bowl, he’ll be right to bat in Sydney. As for the rest of the Melbourne Test, as long as he doesn’t have too much bruising and it’s more a laceration issue, there’s no reason why he can’t bat again. Then, if the Aussies bat deep tomorrow and he doesn’t need to bowl, you’d hope he’s fine to send down a few overs on Day 4.

I think that will be the plan for the Aussies on Day 3 – they’ll obviously want to give their injured guys as much rest as possible. I’d expect they’ll want to bat until they get bowled out now.

It’s going to be tough bowling conditions again on Wednesday, so the Aussies should be looking to just bat and bat as long as they possibly can.