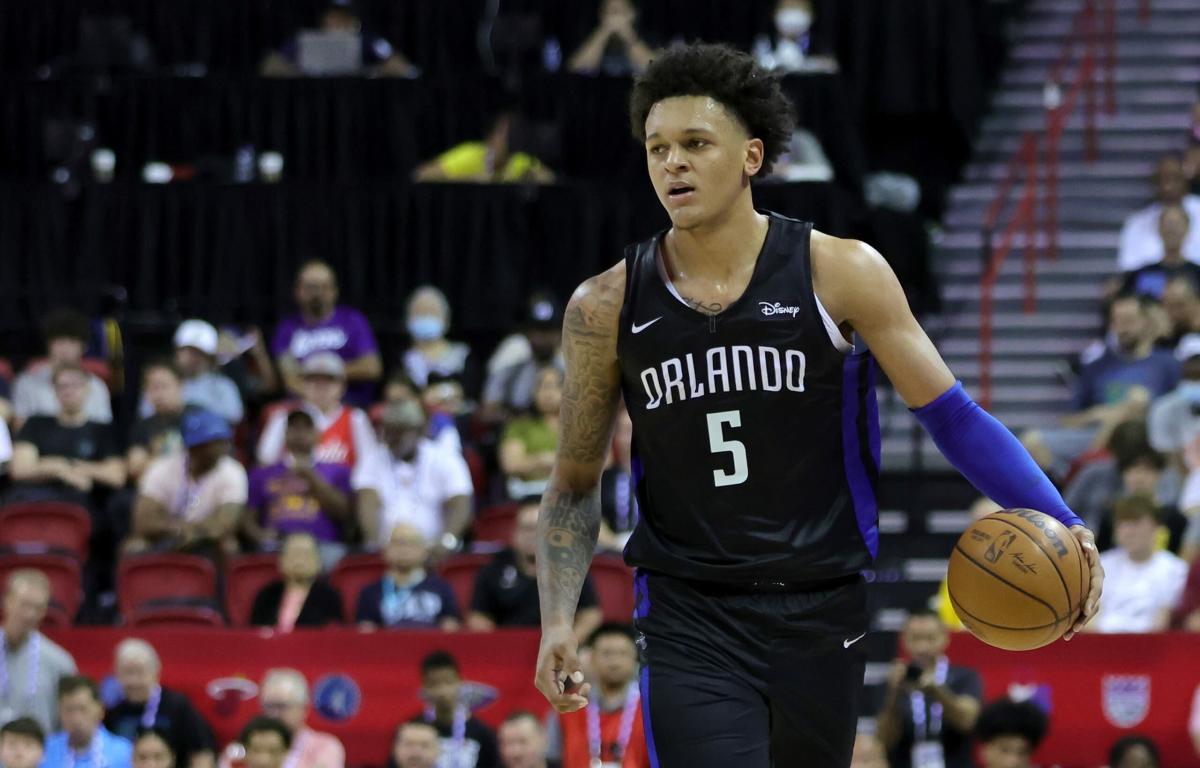 No. 1 overall pick Paolo Banchero is reportedly nearing a multiyear shoe endorsement contract with Jordan Brand, according to Shams Charania of The Athletic.

Banchero made two appearances with the Orlando Magic in the Las Vegas Summer League and wore different shoes in each game. He debuted on July 7 in the Adidas “Exhibit A” sneakers and then wore Jordan Brand in his second game on July 9.

He is the first known rookie to agree to a shoe deal this year.

The 19-year-old joins a star-studded roster of players signed to Jordan Brand, including Luka Doncic, Chris Paul, Jayson Tatum, Russell Westbrook and Zion Williamson among others.

He was viewed as the top target by apparel companies after playing last season at Duke and becoming the top pick. He met with each brand in recent weeks and will reportedly settle on Jordan Brand, becoming the latest up-and-coming player to sign.

Banchero dazzled on the court in just two games in Las Vegas and looks to be in store for a tremendous rookie campaign. He offered a taste of what he can bring to the next level and fans are certainly eager to see him take the court next season.

The Magic will begin training camp on Sept. 27.

Draymond Green explains why Paolo Banchero is one of them guys