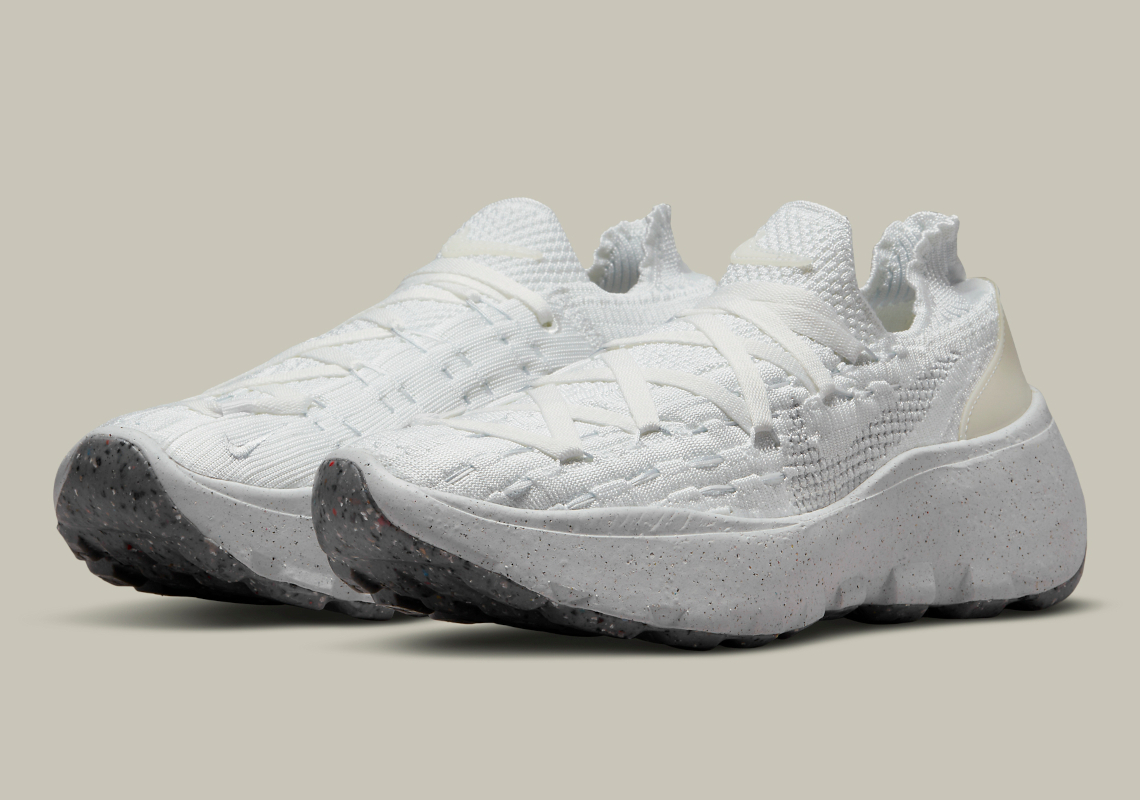 Despite not becoming the “coveted-by-sneakerheads” silhouette like initially anticipated, the Nike Space Hippie 04 has carved out a respectable segment of the market among casual consumers. With almost two years on the market, the “Trash Transformed” design has recently received an updated look, which has now appeared in clean “White” and “Sail.”

Space Yarn, Crater Foam and Nike Grind materials that debuted on the four Nike Space Hippie models during Summer 2020 reprise their standard roles. Knit construction across the upper doesn’t deviate much for its inaugural presentation, but chunky midsoles do. Perhaps the result of a refined upcycling process, the Crater Foam midsole indulges in a sleeker look that may also deliver performance benefits. Its speckled detailing injects some personality into the predominantly “colorless” proposition, while the recycled components that make up the waffle-patterned tread underfoot provide further contrast to the clean Space Hippie 04.

No firm Nike.com launch details have been disclosed by the brand, but that’s likely to change soon. In the meantime, enjoy official images of the pair ahead.

For more from the NIKE, Inc. empire, check out all Jordan Release Dates 2022 prepped for the remainder of the year. 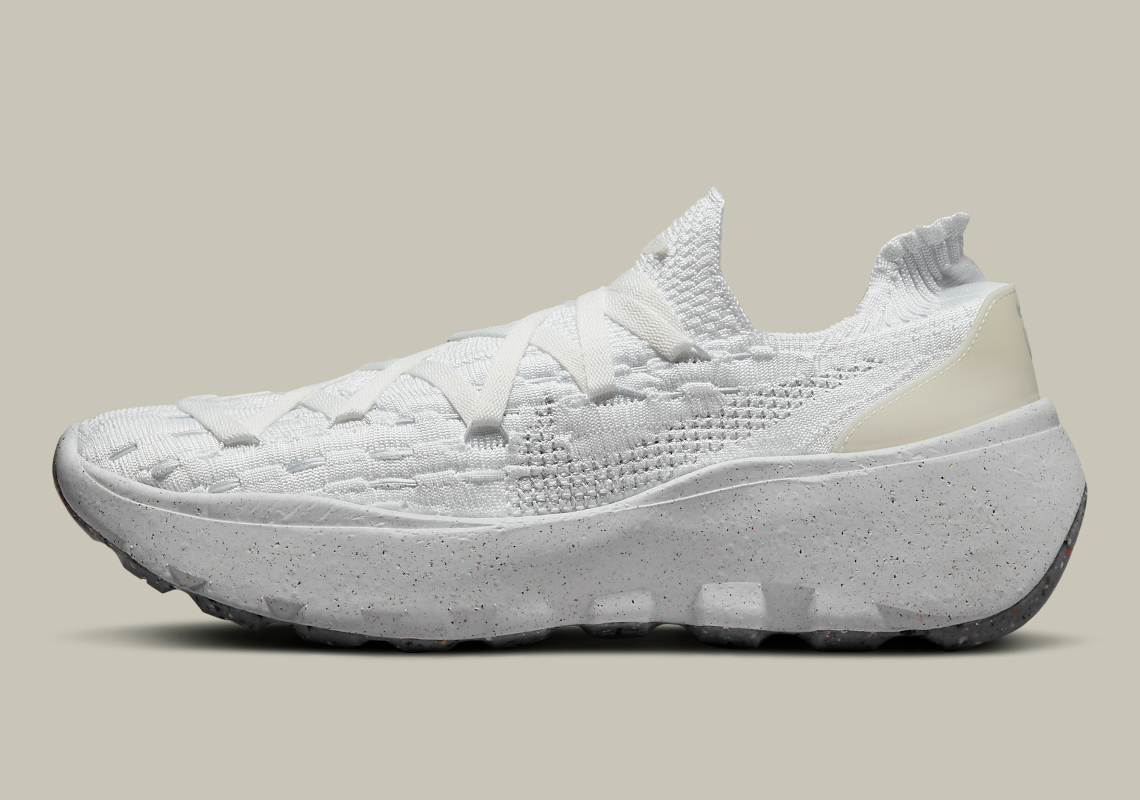 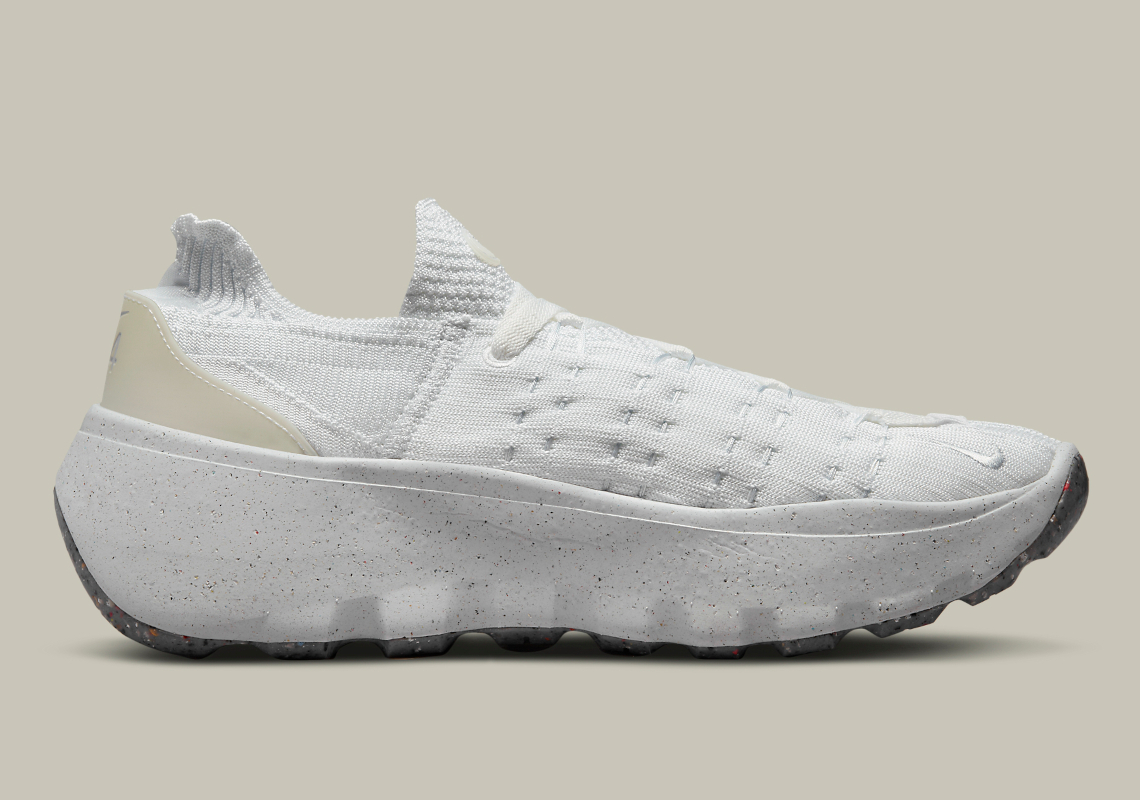 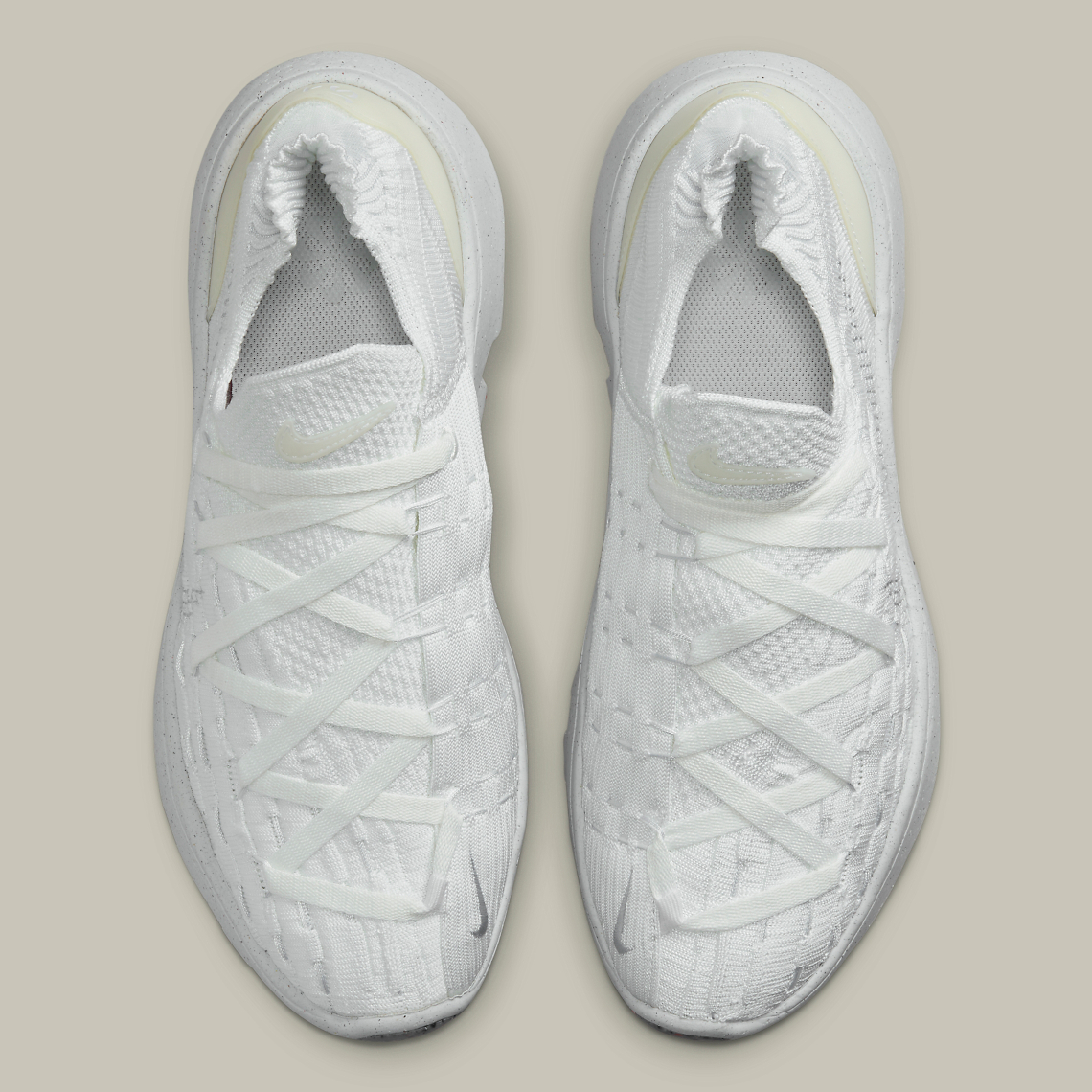 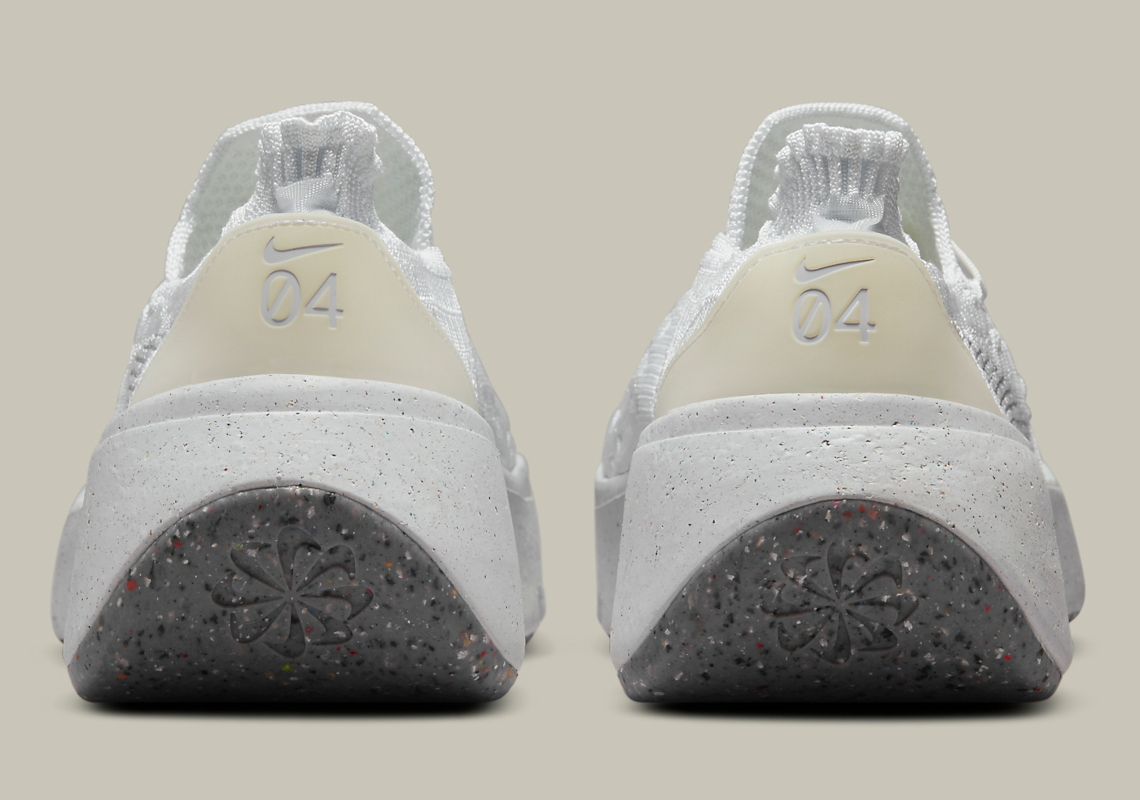 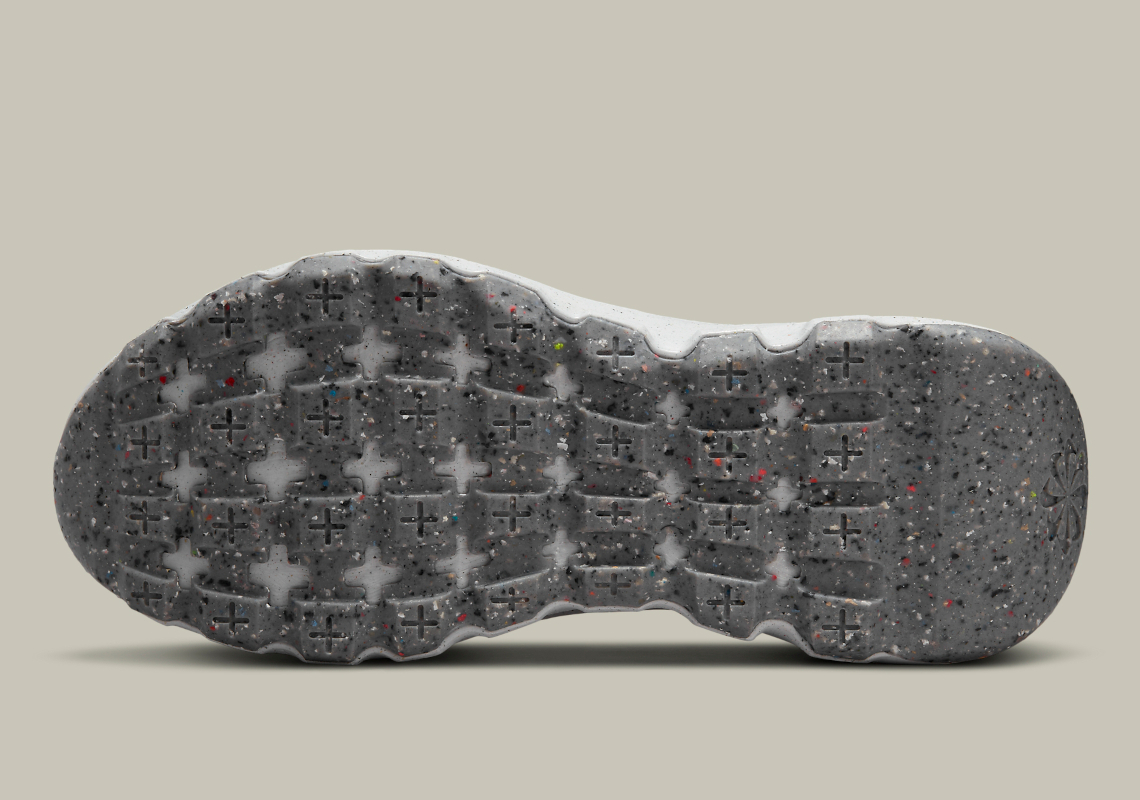 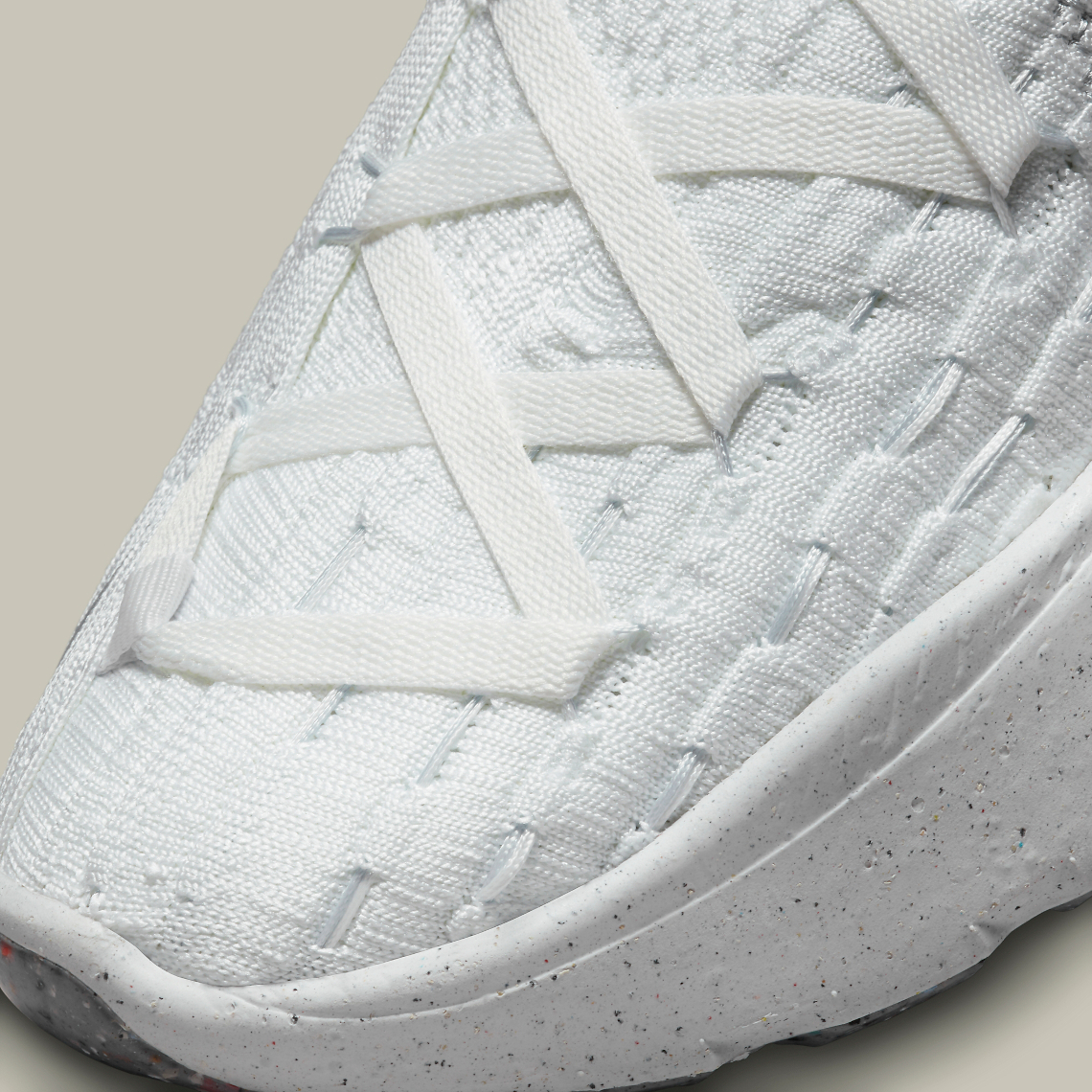 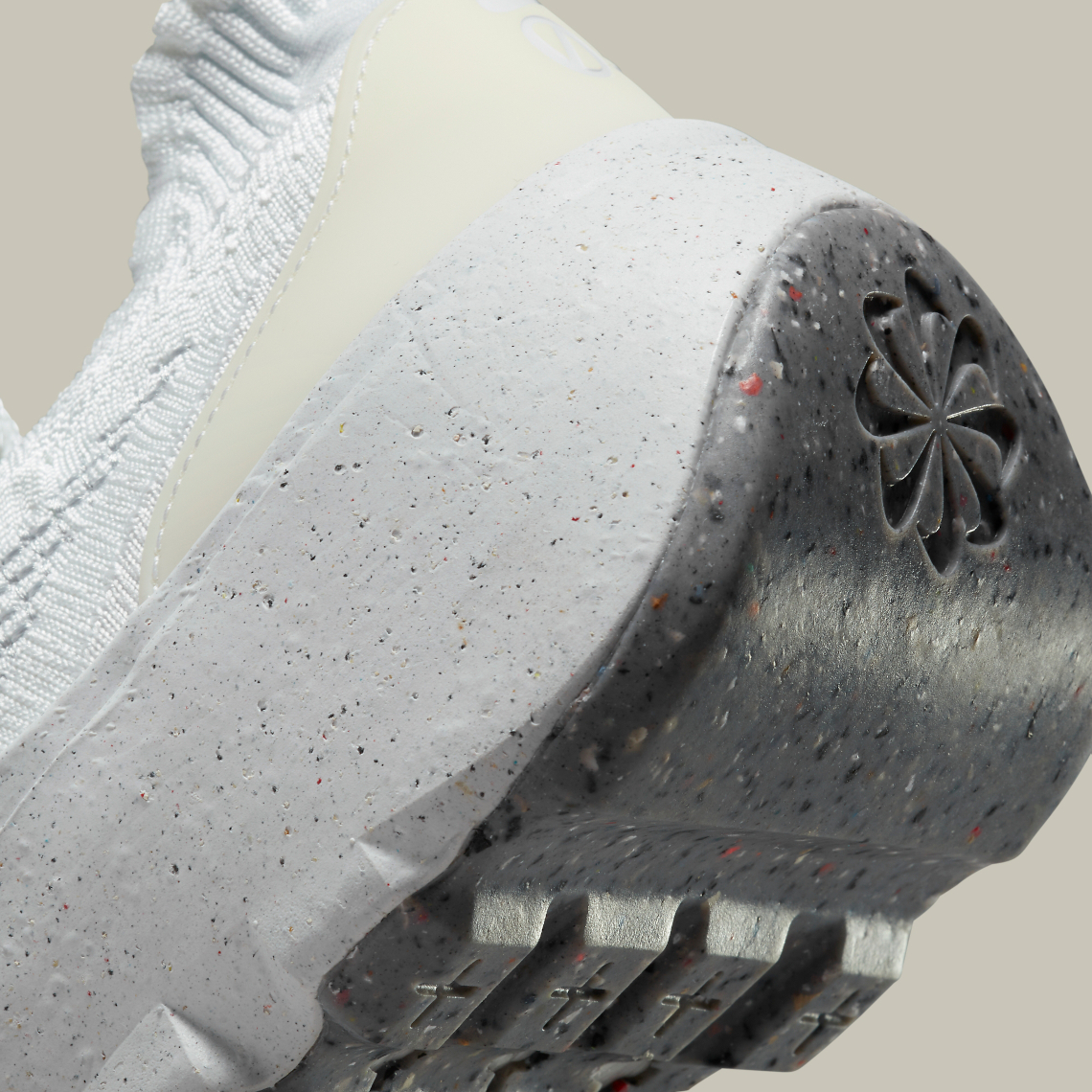