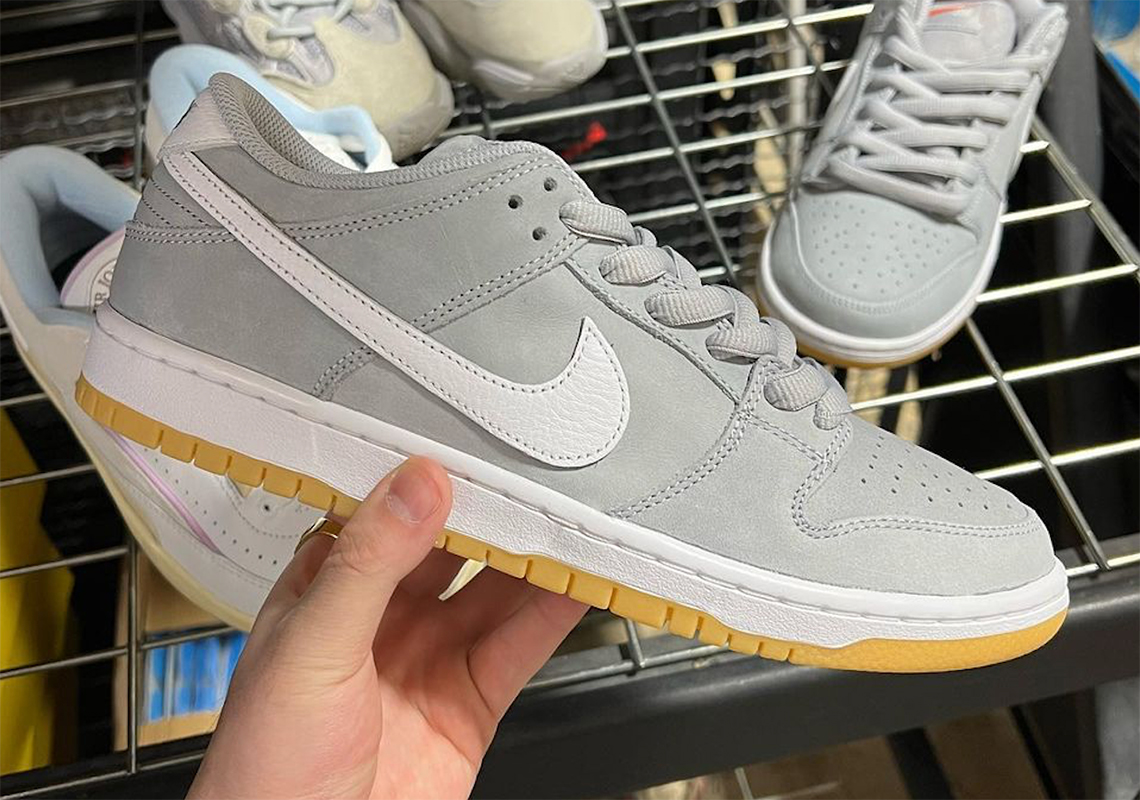 The Nike Dunk is planning to reassert its recent two-year dominance throughout the new year as 2022 comes to a close with a handful of widely-regarded collaborative efforts aimed at its SB tailored proposition. From Concepts’ return of the iconic Lobster Dunk to eBay’s reconstructed low-top resurfacing two decades later, the Beaverton-based banner’s skateboarding sub-brand has also been tee’d up to enact its own effort in 2023.

Reinstating its premium tooling, the silhouette’s typically tumbled leathers pair with enlarged laces and vibrant orange branding placed atop its tongue for an authentic skate finish all while remaining true to its original construction. Curing the entirety of its upper in a clad grey composition – lying in stark difference to its “White/Navy” counterpart from years ago – a seldom crisp white accent lays claim to the midfoot Swoosh in tandem with its heel tab and midsole underfoot for a sleek overall construct.

Finished with an industry staple gum tread that additionally harkens its skate roots, enjoy a first look at the upcoming Nike SB Dunk Low Orange Label “Grey/Gum” below while we sit tight on further release details.

For more under the NIKE Inc. umbrella, check out the Air Jordan Spring 2023 lineup. 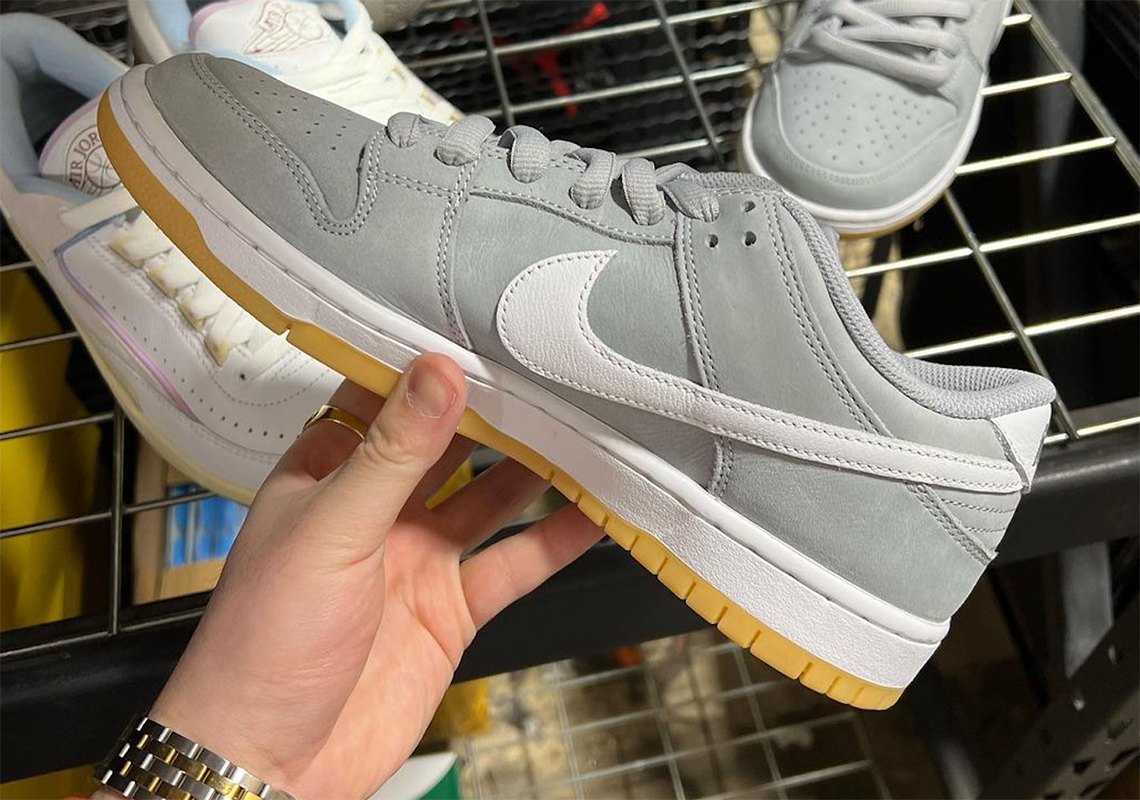