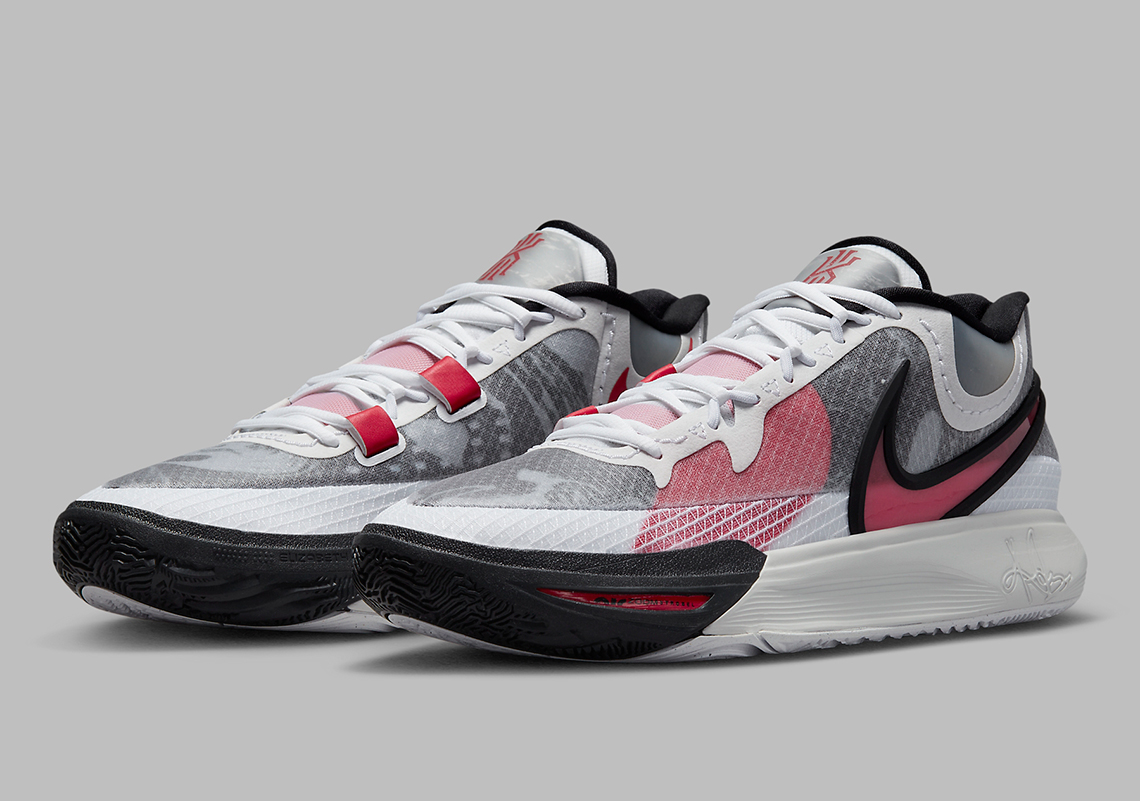 While combining for 74 points with Kevin Durant in the Brooklyn Nets Monday night loss to the Memphis Grizzlies, Kyrie Irving and the Slim Reaper seem to be in mid-season form while their supporting cast continues to find rhythm with one another. Dicing up defenses in unreleased propositions of his eight signature silhouette with The Swoosh each night, official images for the Nike Kyrie 8 continue to surface such as the latest look at the “University Red” offering that Irving previewed during offseason workouts.

First leaked back in July, the updated imagery sees the Kyrie 8 employ its most simplified scheme yet, surrounding its black and white marbled upper with a clear reinforced TPU shroud while its quarter overlay renders a soft light grey hue, contrasting the model’s crisp white laces and mudguard. Amidst the dark neutral scheme, titular crimson shades begin to accent the silhouette’s medial side through its strapped forefoot overlay, ankle Swoosh and heel embroidery while its outside panel proffers a slightly translucent Swoosh and infused Zoom Strobel sole unit surrounded by black trim and toe cap respectively. The established palette ensues underfoot as a “Sail” midsole sits atop a clad white textured tread before hidden away neon insoles liven the outfit in conclusion.

While we sit tight on the pair’s expected November release, enjoy official imagery of the Nike Kyrie 8 “White/University Red” below in the meantime.

For more under the NIKE Inc. basketball umbrella, the Nike LeBron 20 “NXXT” enjoys a split personality. 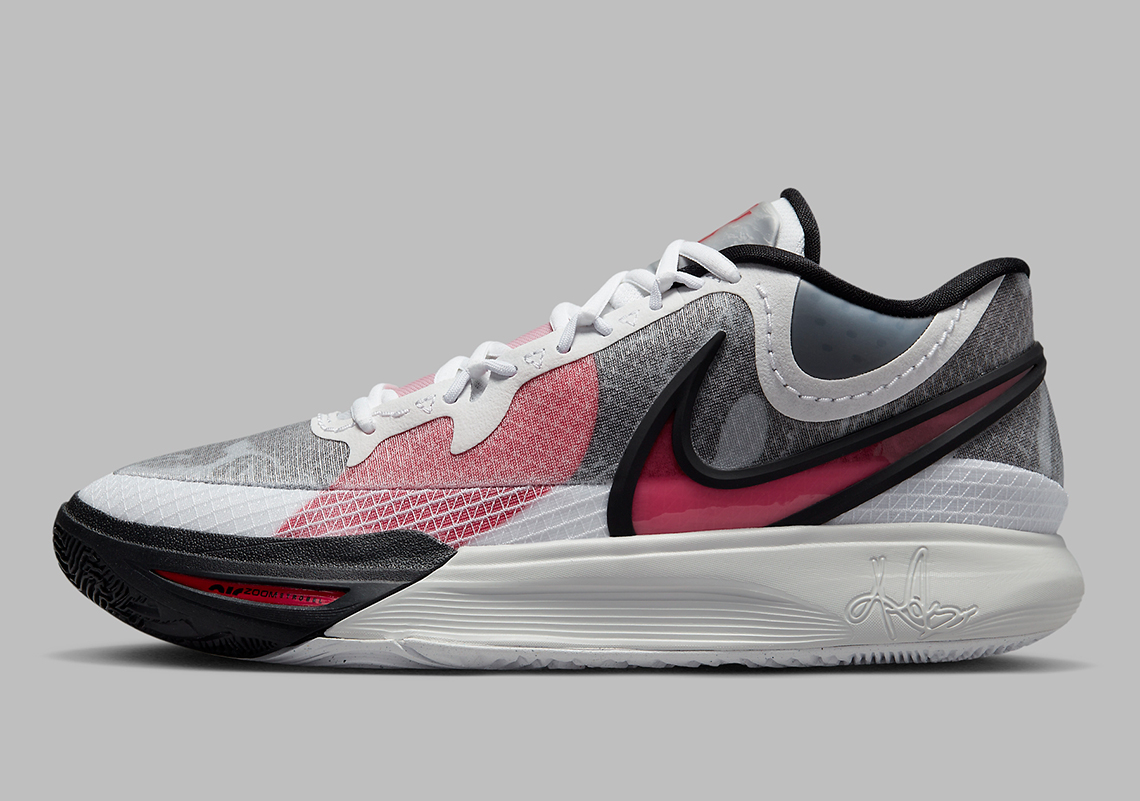 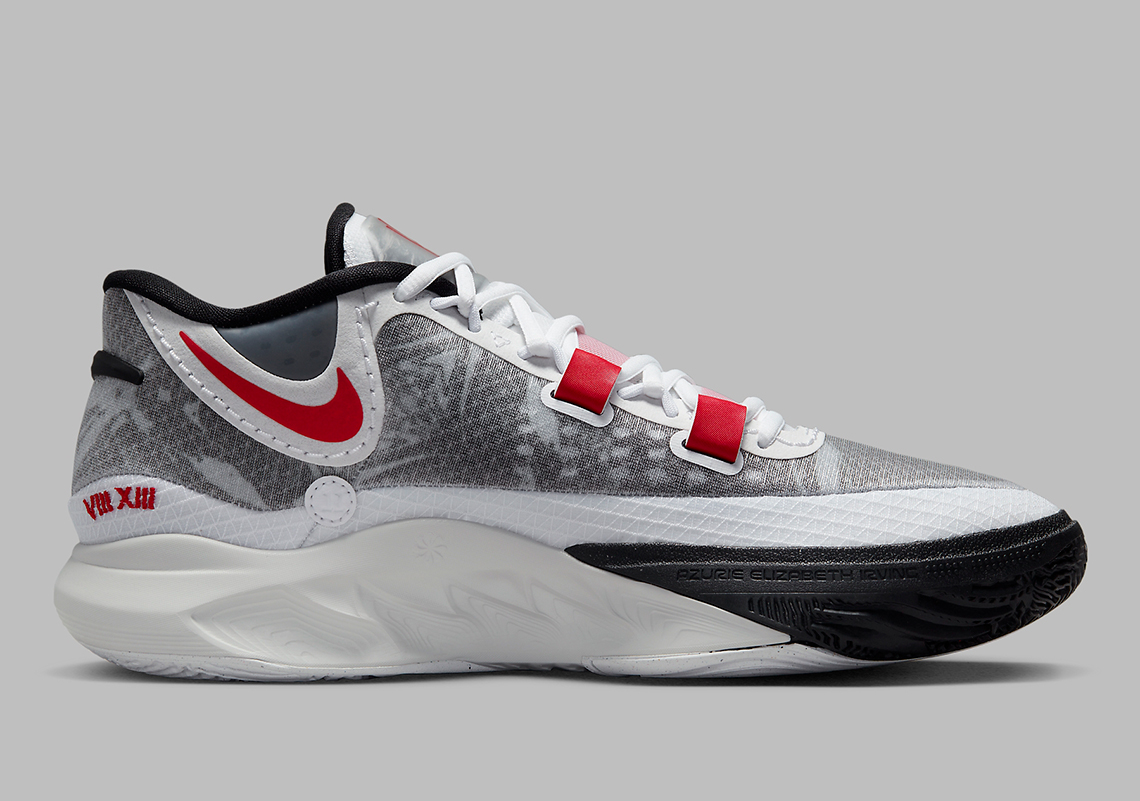 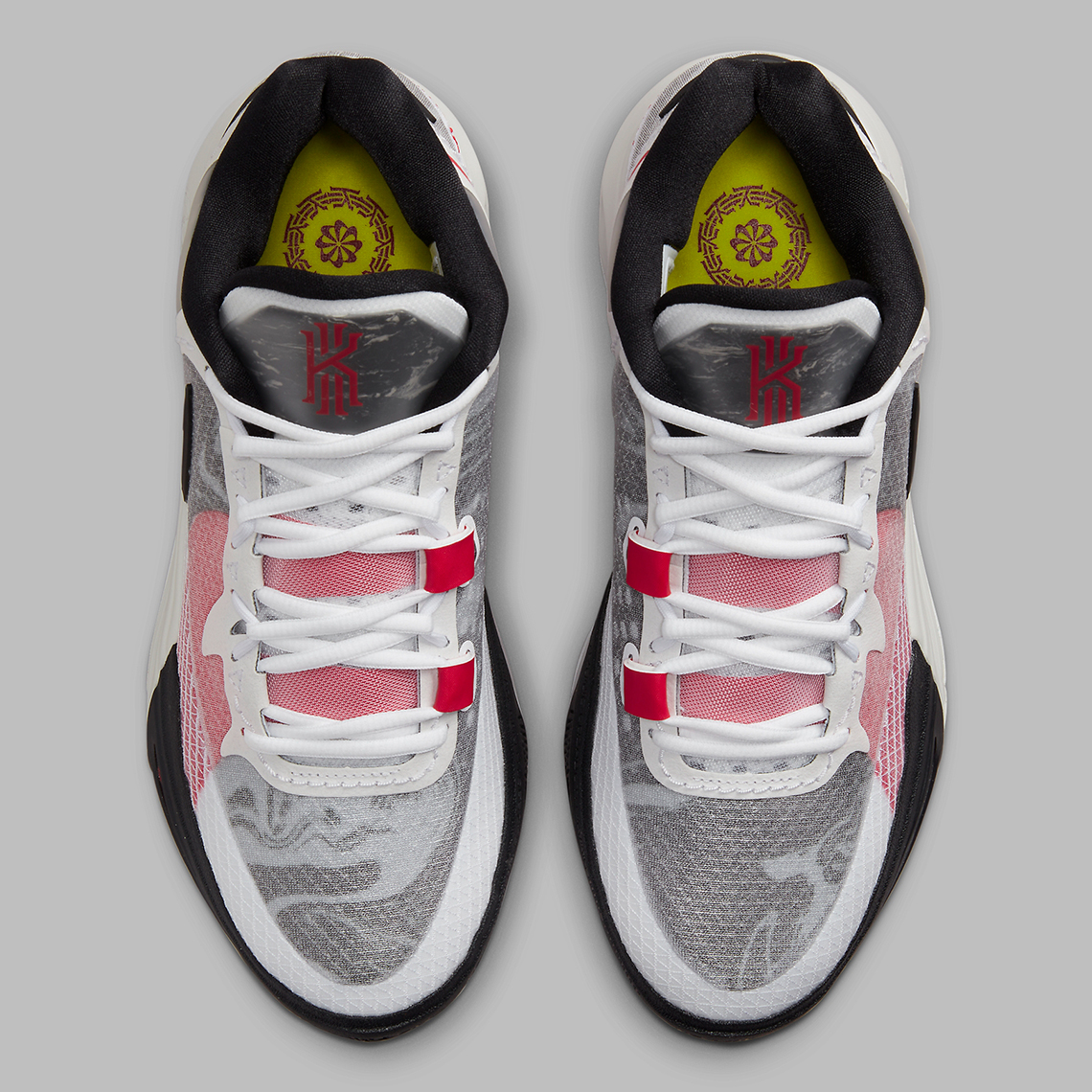 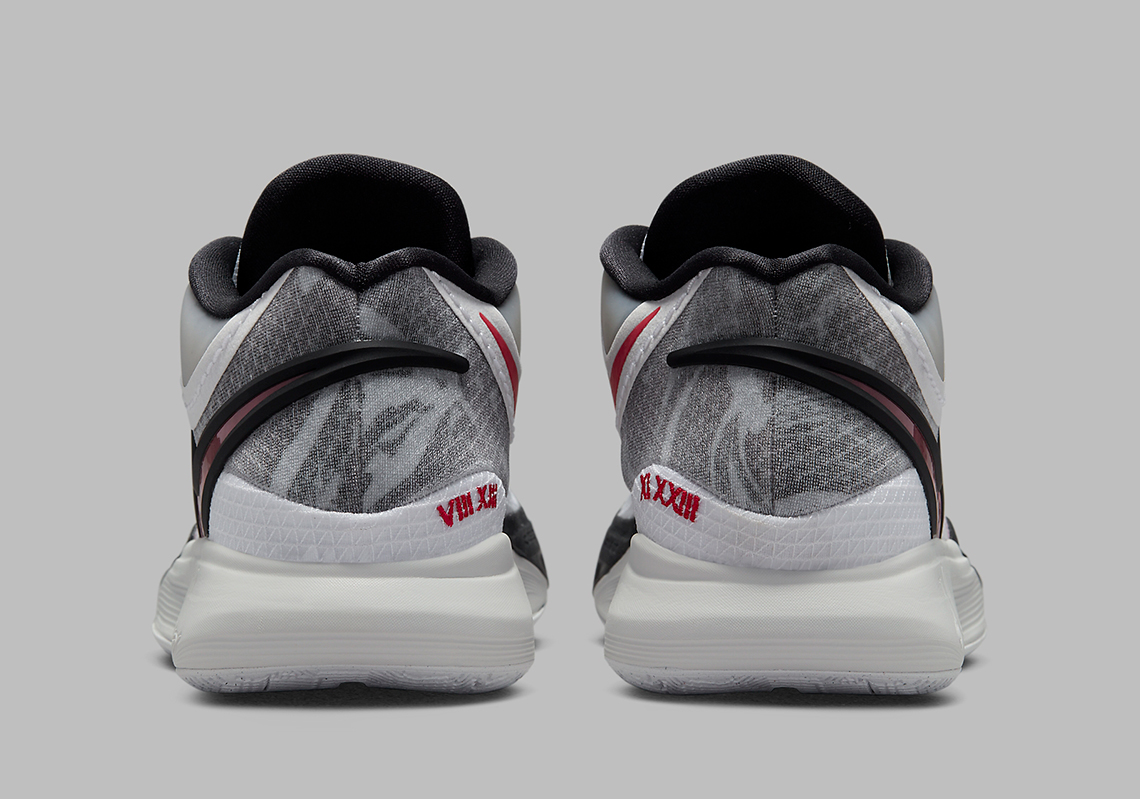 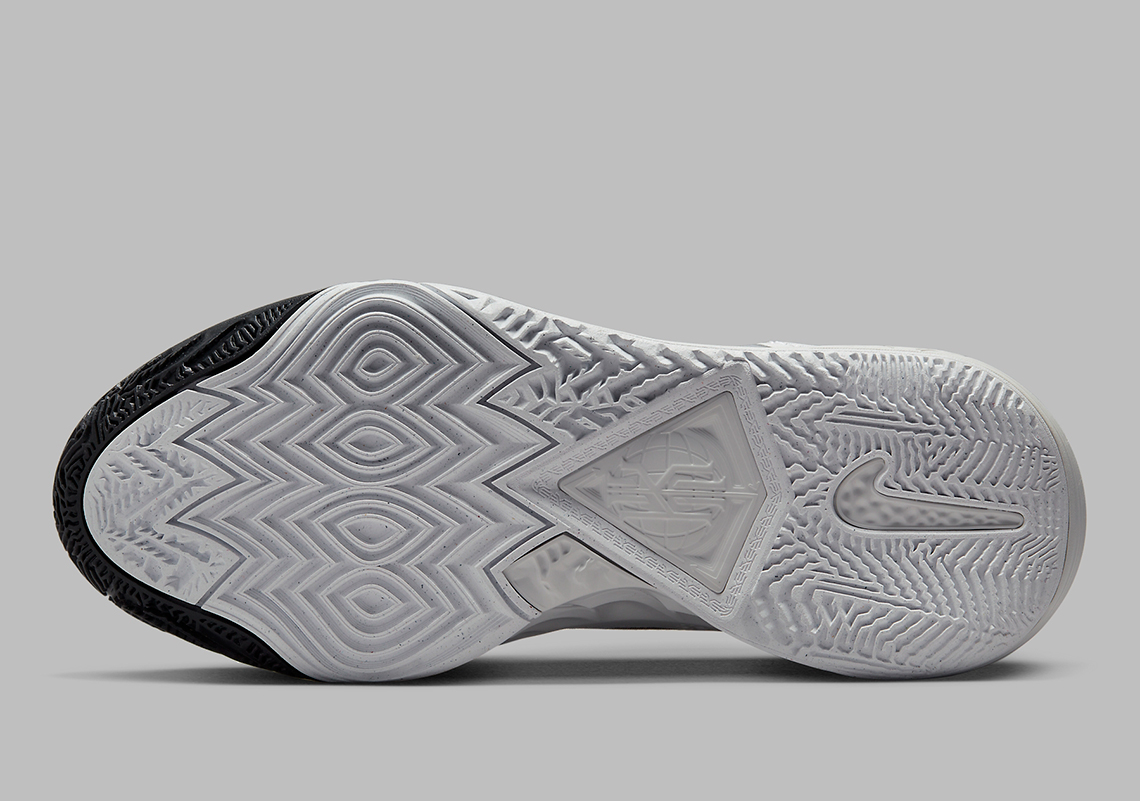 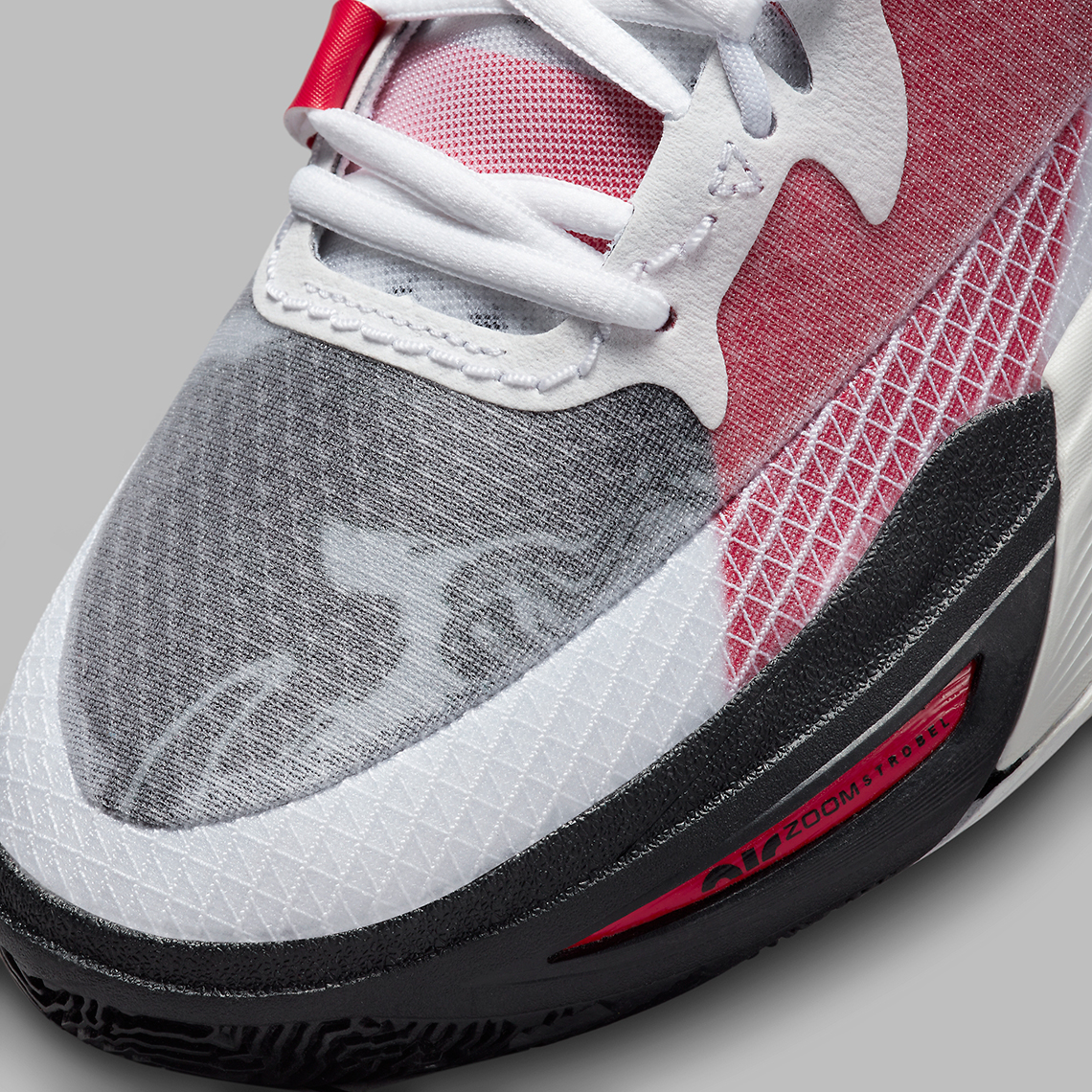 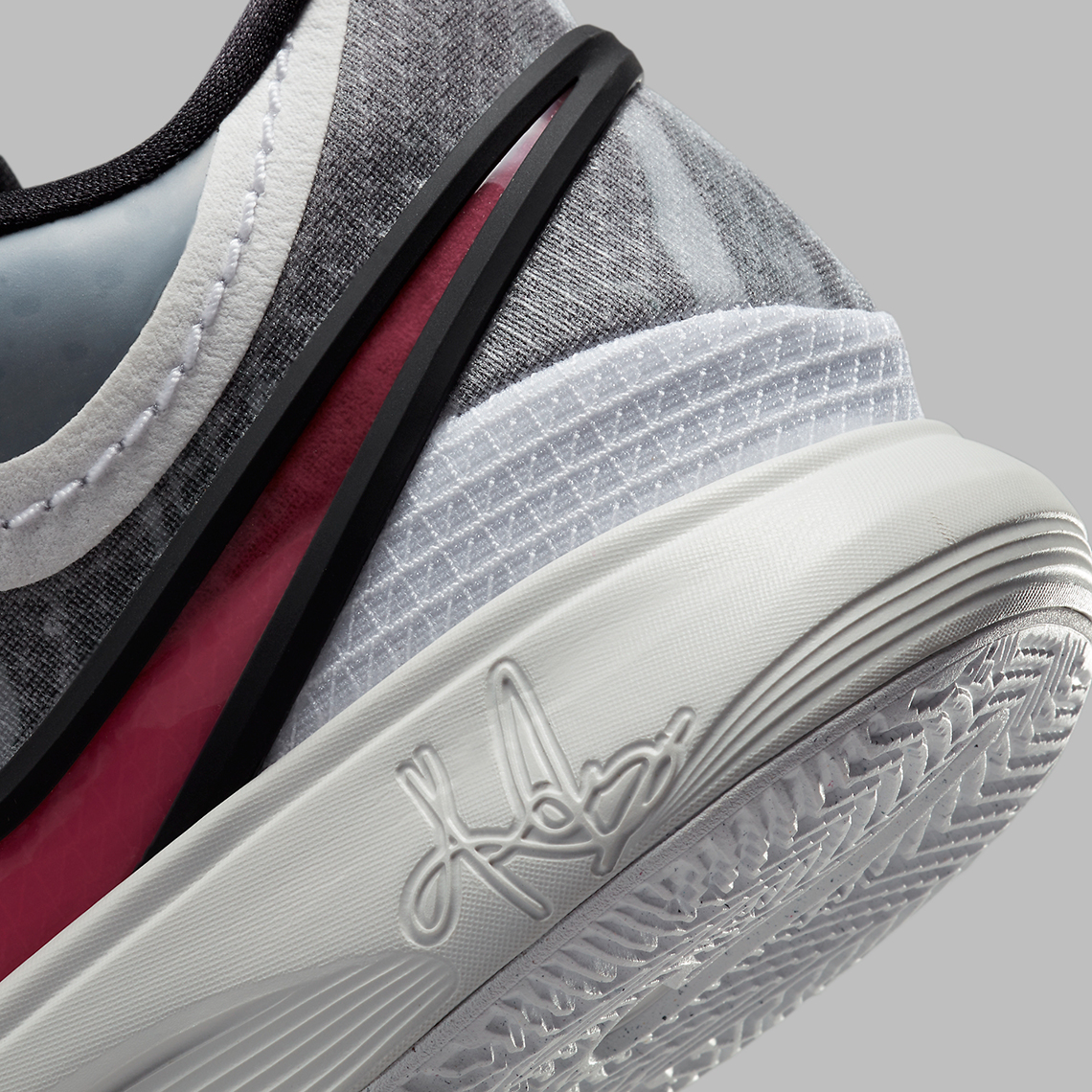