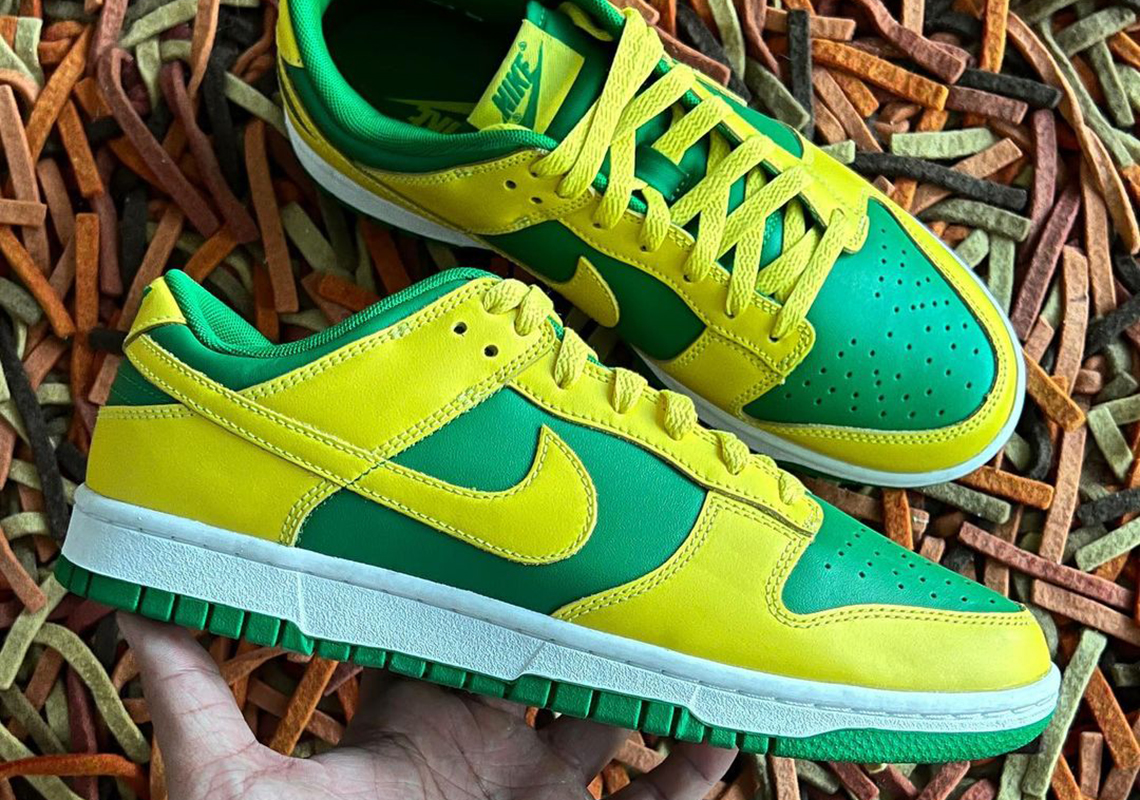 Inverted color blocking has continuously proffered a steady slate of propositions across The Swooshes roster of revitalized  silhouettes that hold ties to the 2000s “Team Tones” collection. Few builds however, have seen as feverish of a return as the Nike Dunk Low, with the Beaverton-based brand continuing to return to the model’s widely popular team-ready constructions of decades past.

Flipping the tonal placement of its 2001 “Brazil” release, the South American countries synonymous green and yellow color scheme is employed across the latest Dunk Low, enacting its blocking across the smooth leather panels of the upper. Electing its base layer and sock liner to be filled with the titular “Pine Green” hue, latter embellishments including the Swoosh, laces and aforementioned raised overlays proffer the contrasting “Varsity Maize” shade. Sitting atop a crisp white midsole and matching green tread, the “NIKE” inscribed heel and tongue tabs conclude by matching the former tone amidst bright yellow backgrounds.

Expected to debut sometime in early 2023, enjoy a first look at the Dunk Low “Reverse Brazil” below via leaked imagery in the meantime. 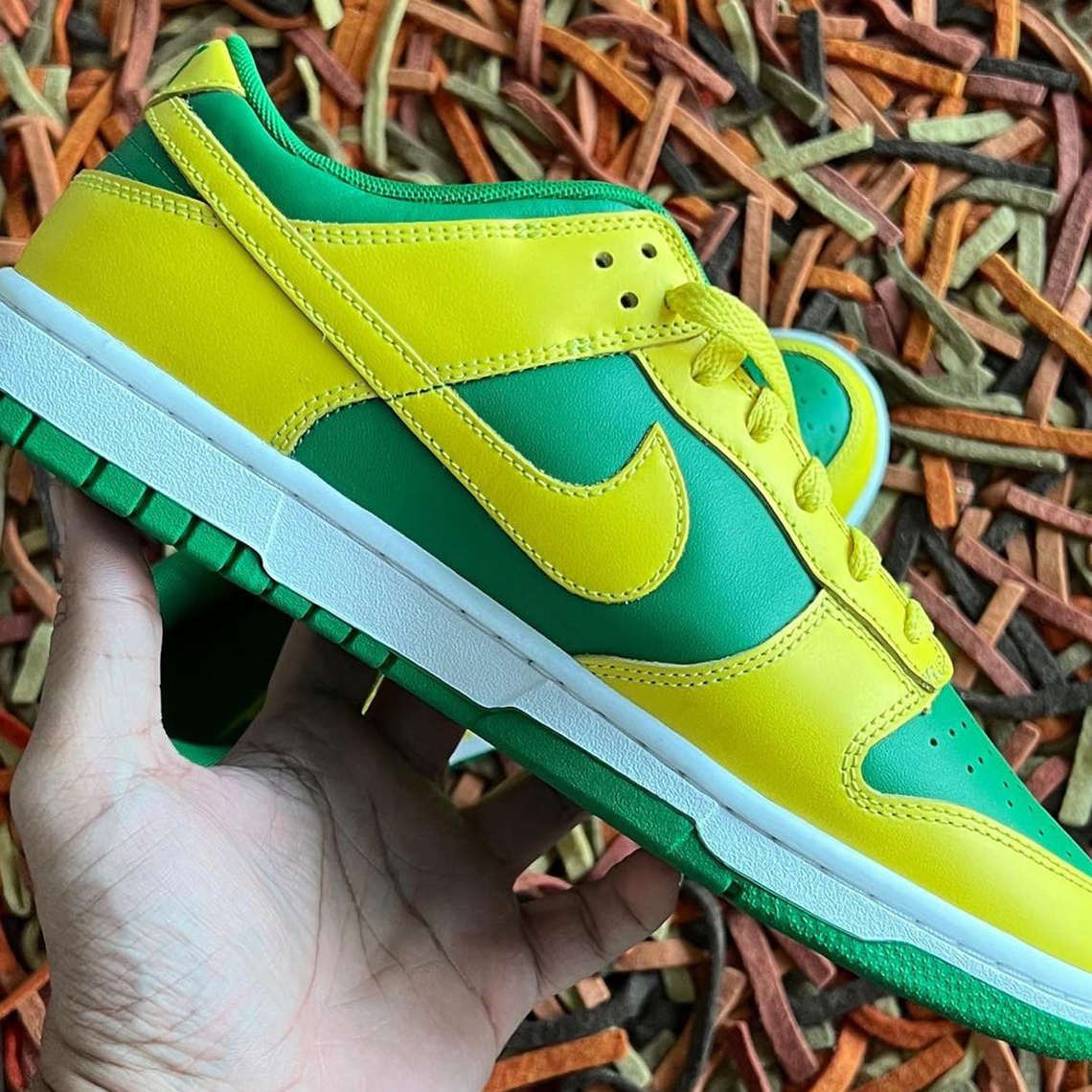 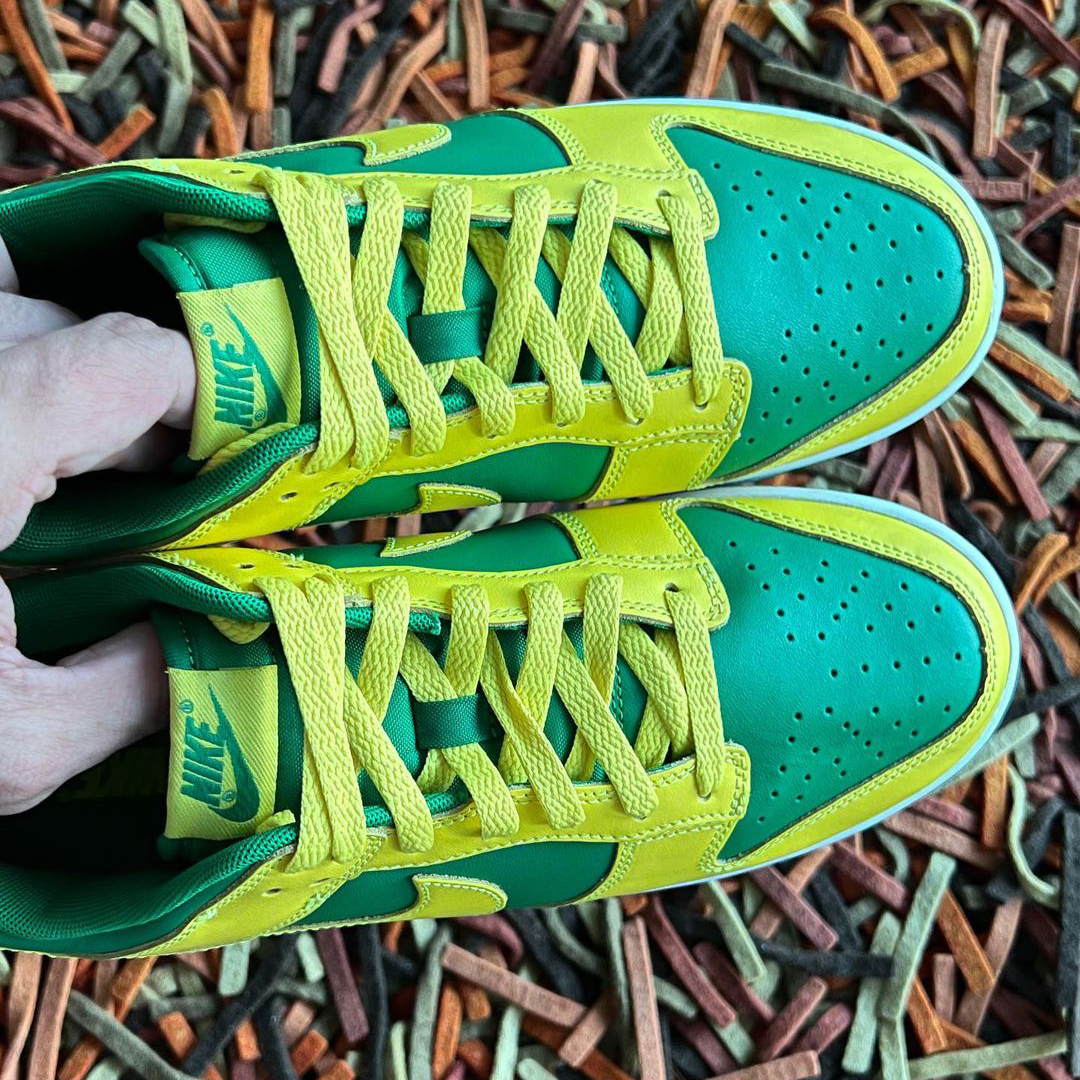 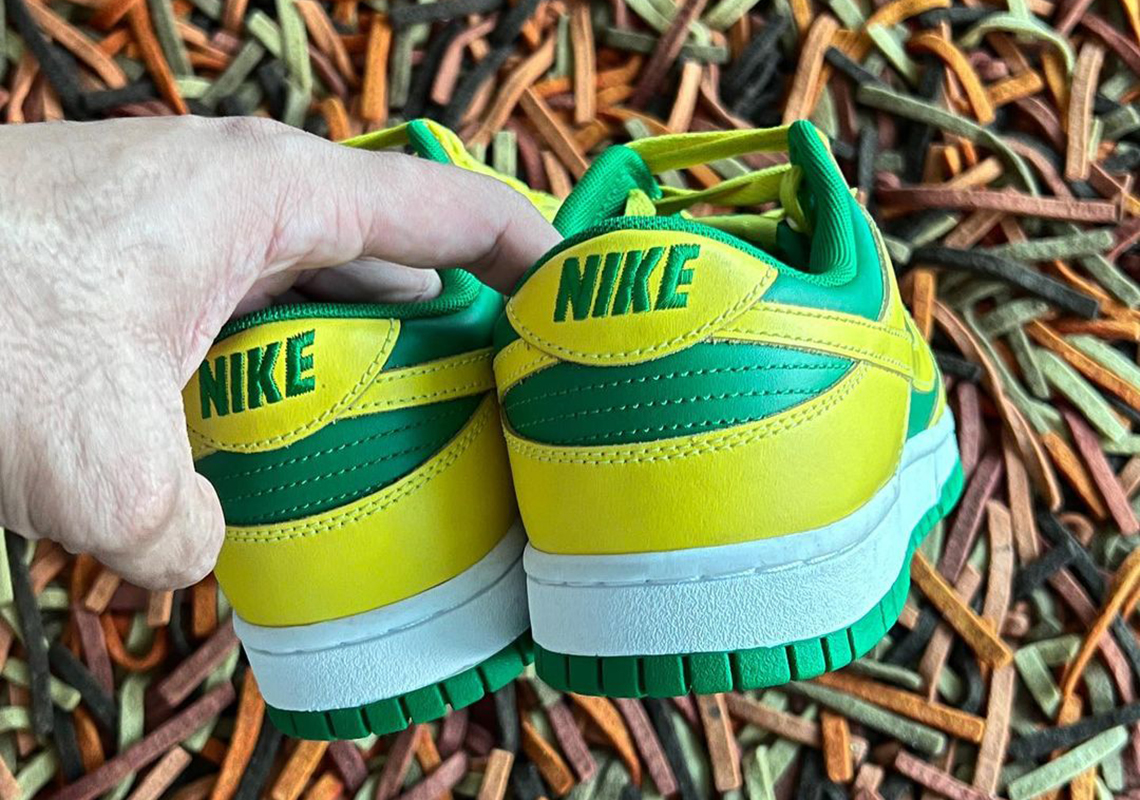 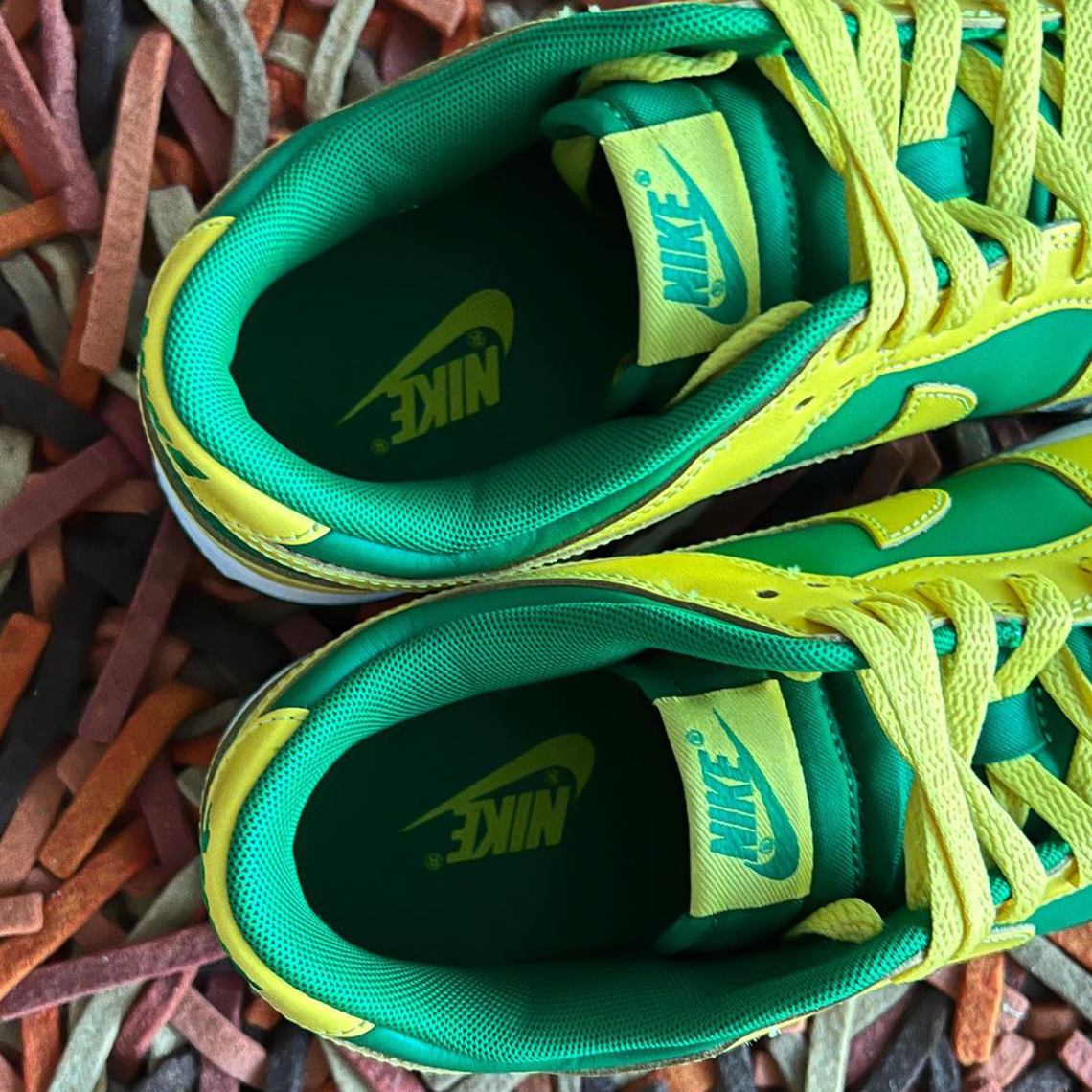 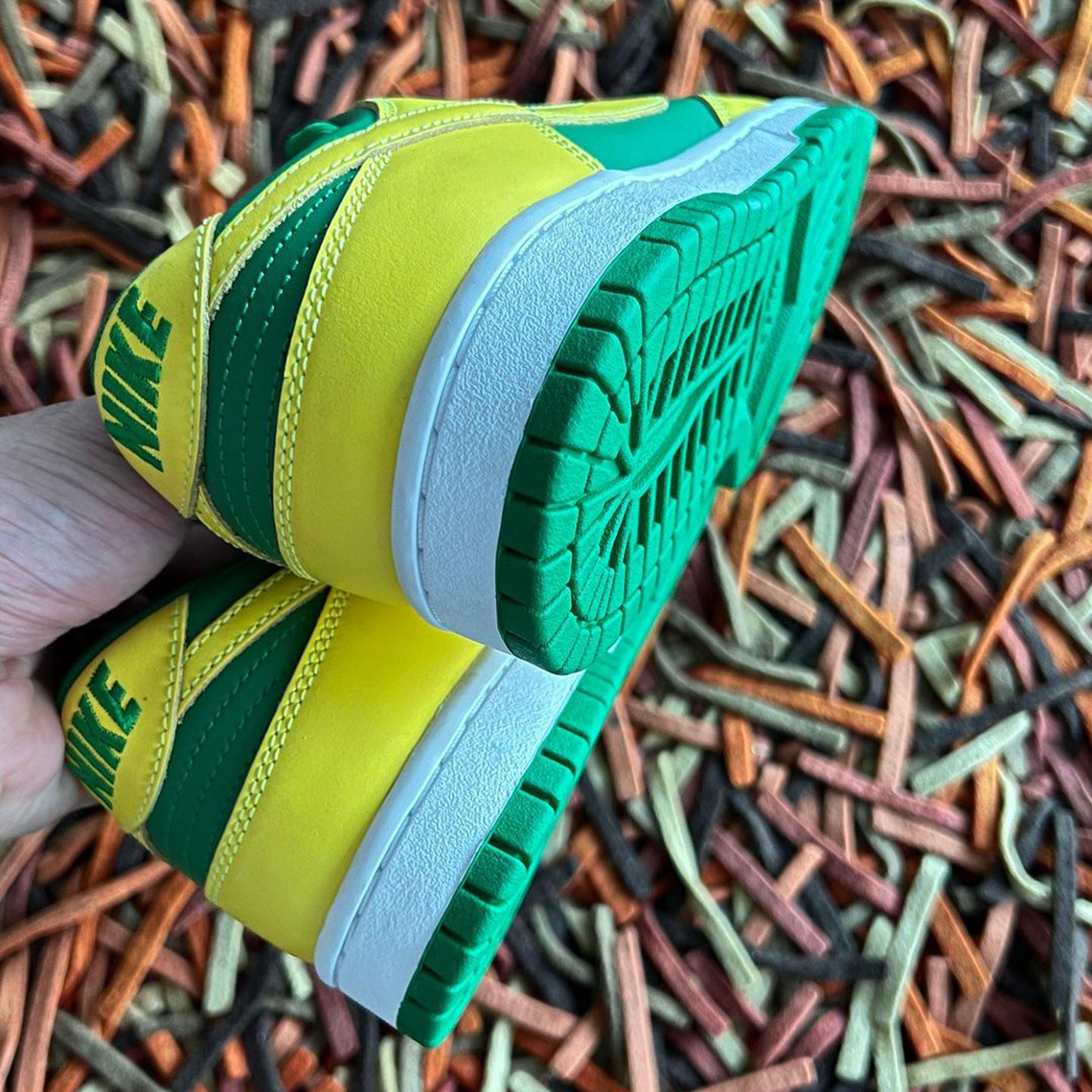