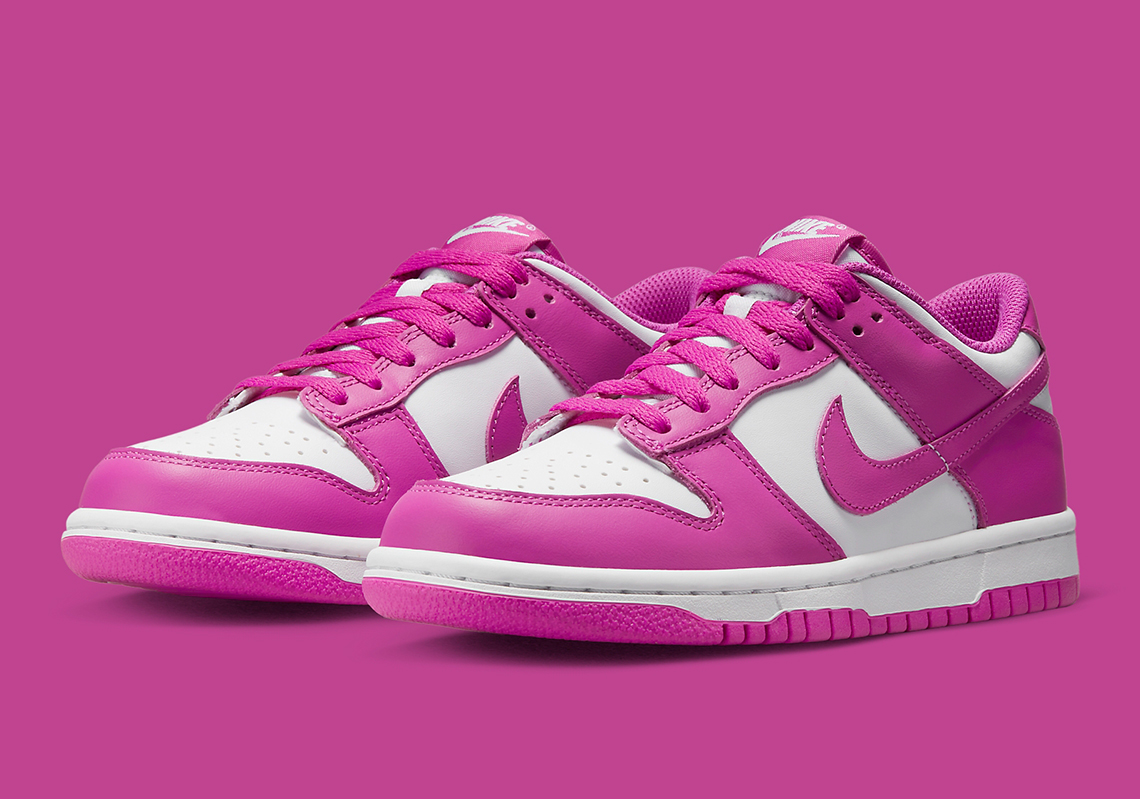 In the past, Nike has never shied away from reimagining the much-beloved Dunk Low. But it seems things have changed over the course of the last few months, as the brand has begun falling back on the basics. Alongside reviving the “Kentucky” and “Syracuse,” the silhouette is expected to release a drove of two-toned offerings — this newly-revealed “Active Fuchsia” colorway included.

Following the deeply set footsteps of the “Be True To Your School” pack, the upcoming Nike Dunk Low “Active Fuchsia” — which officially surfaced in both GS and PS sizes — relies only on two colors. The titular pink paints the overlays, Swoosh, and many of the usual trappings adjacent. White, then, ties everything together by way of the base, midsole, and the Nike branding.

For a closer look at this upcoming colorway, see below. Currently, these are expected to release in 2023, likely doing so through Nike.com and select retailers. 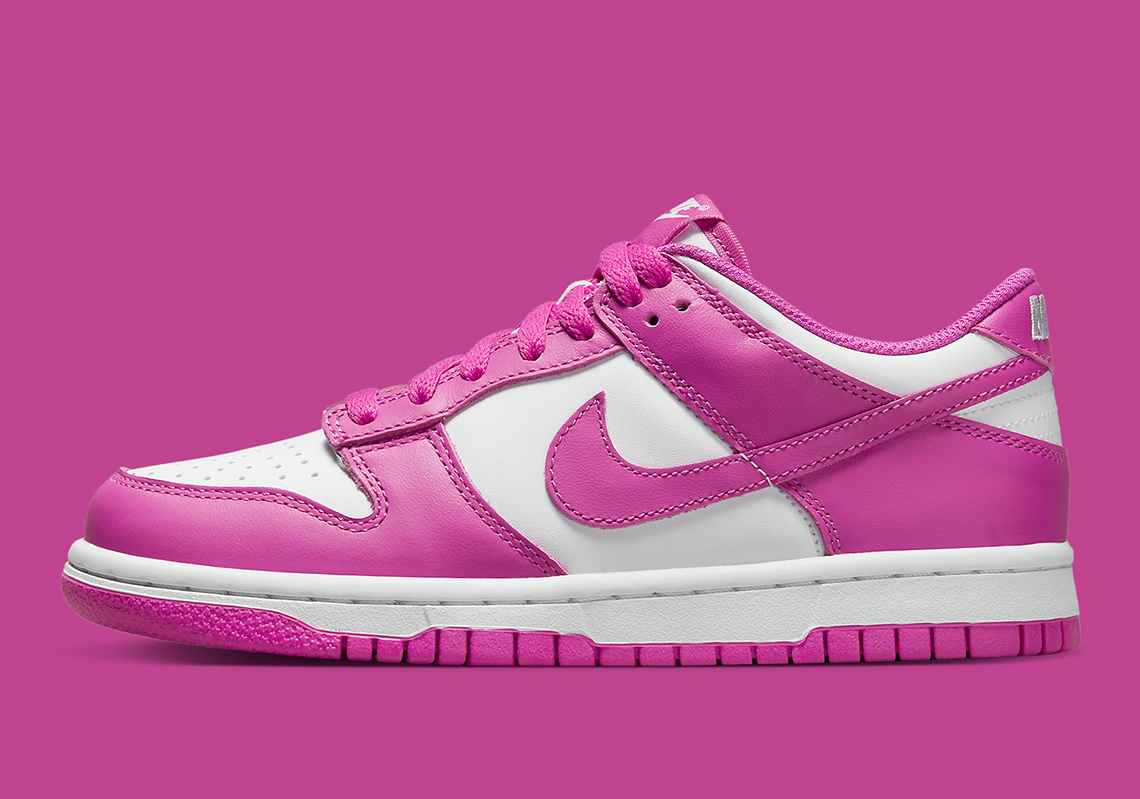 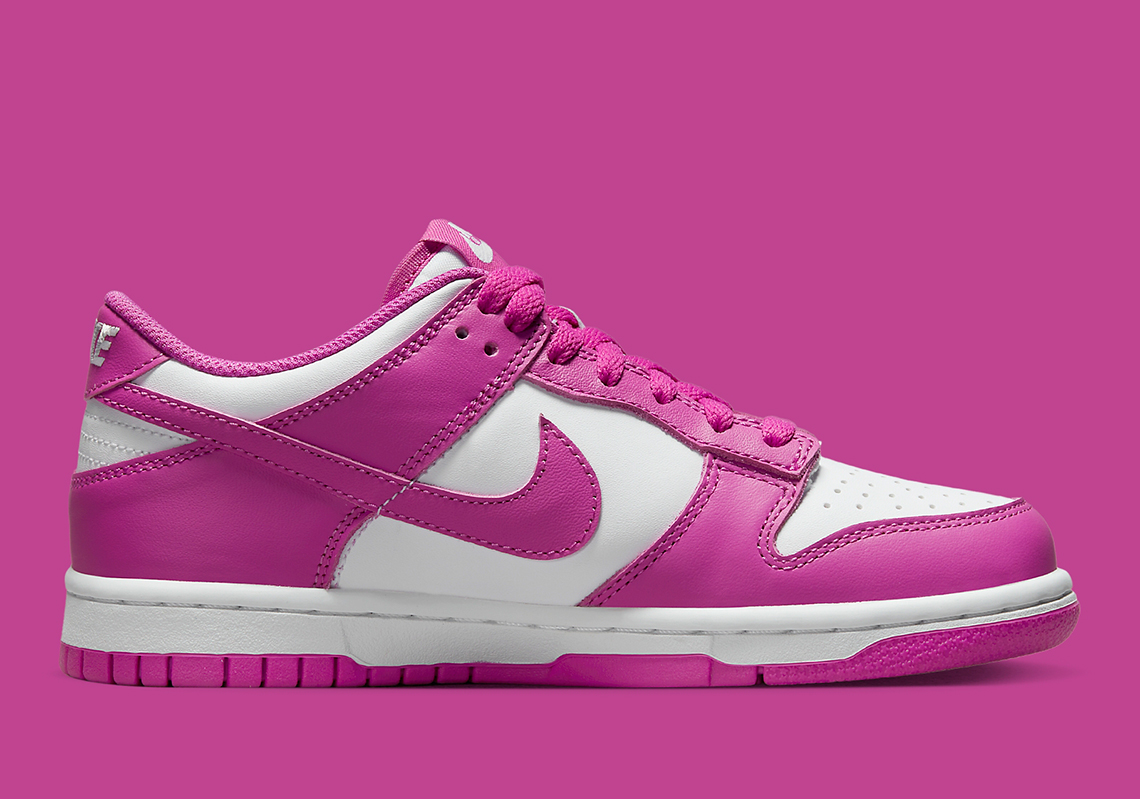 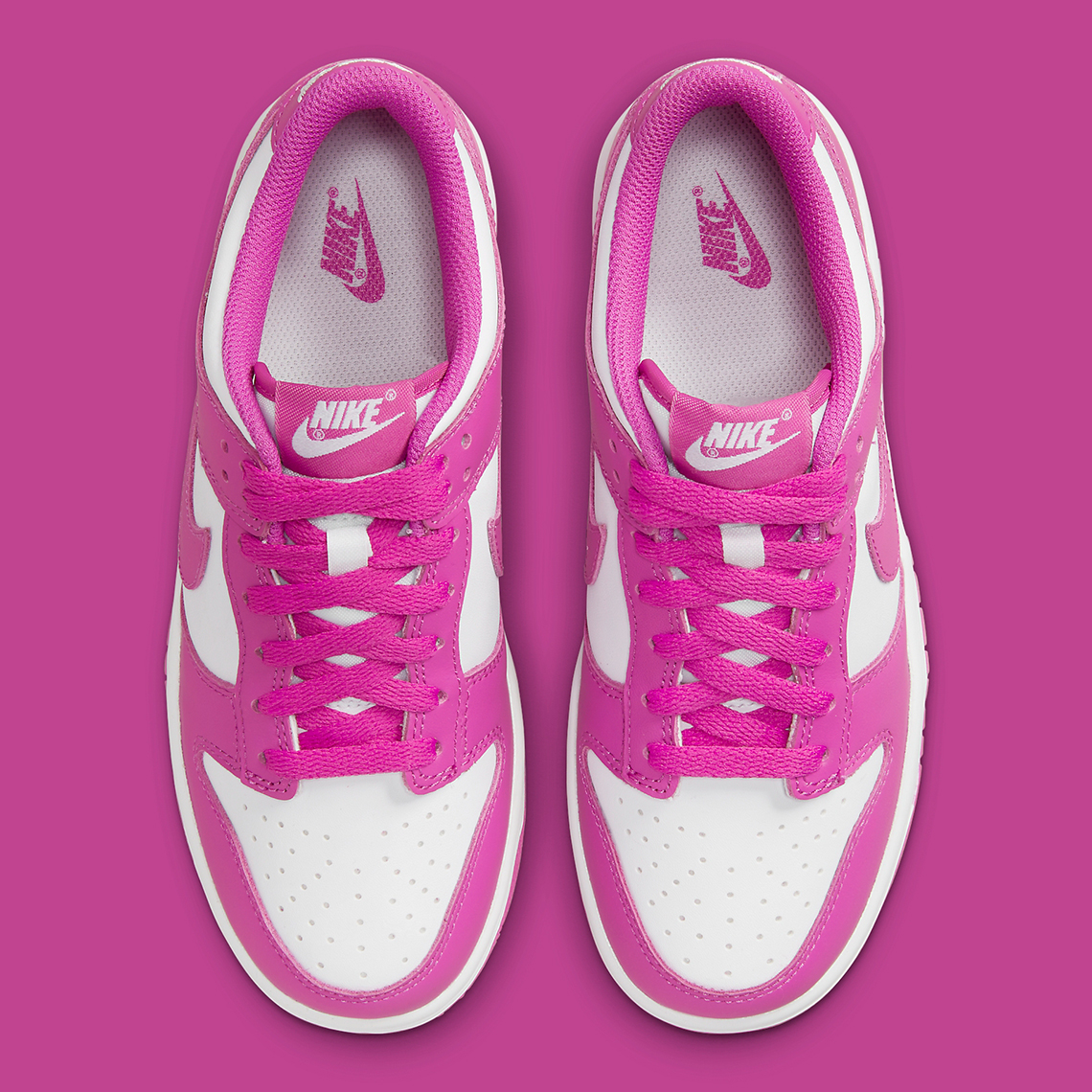 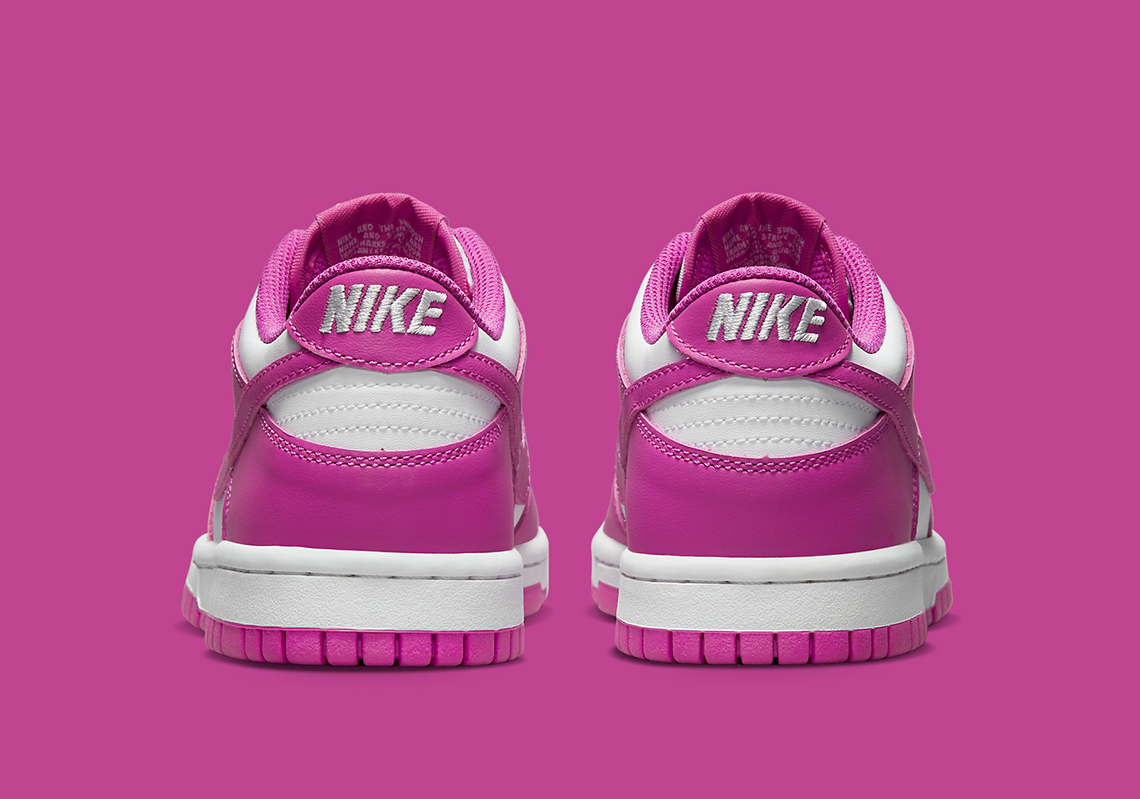 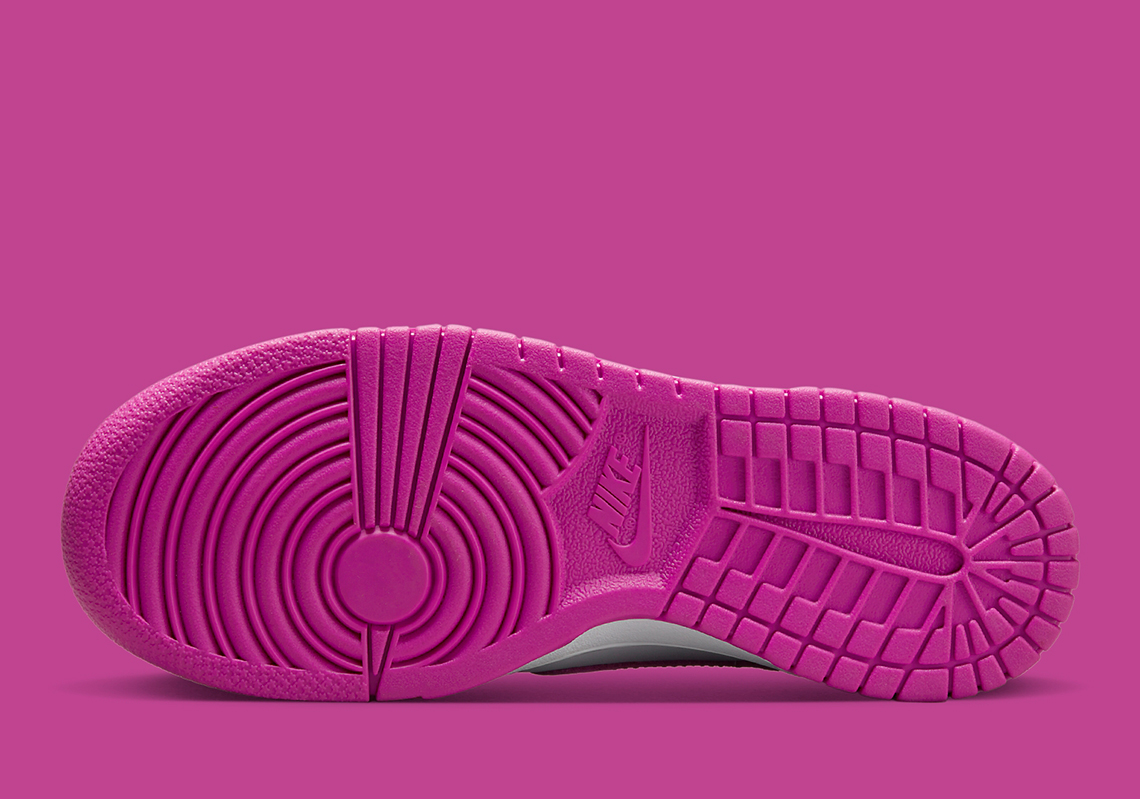 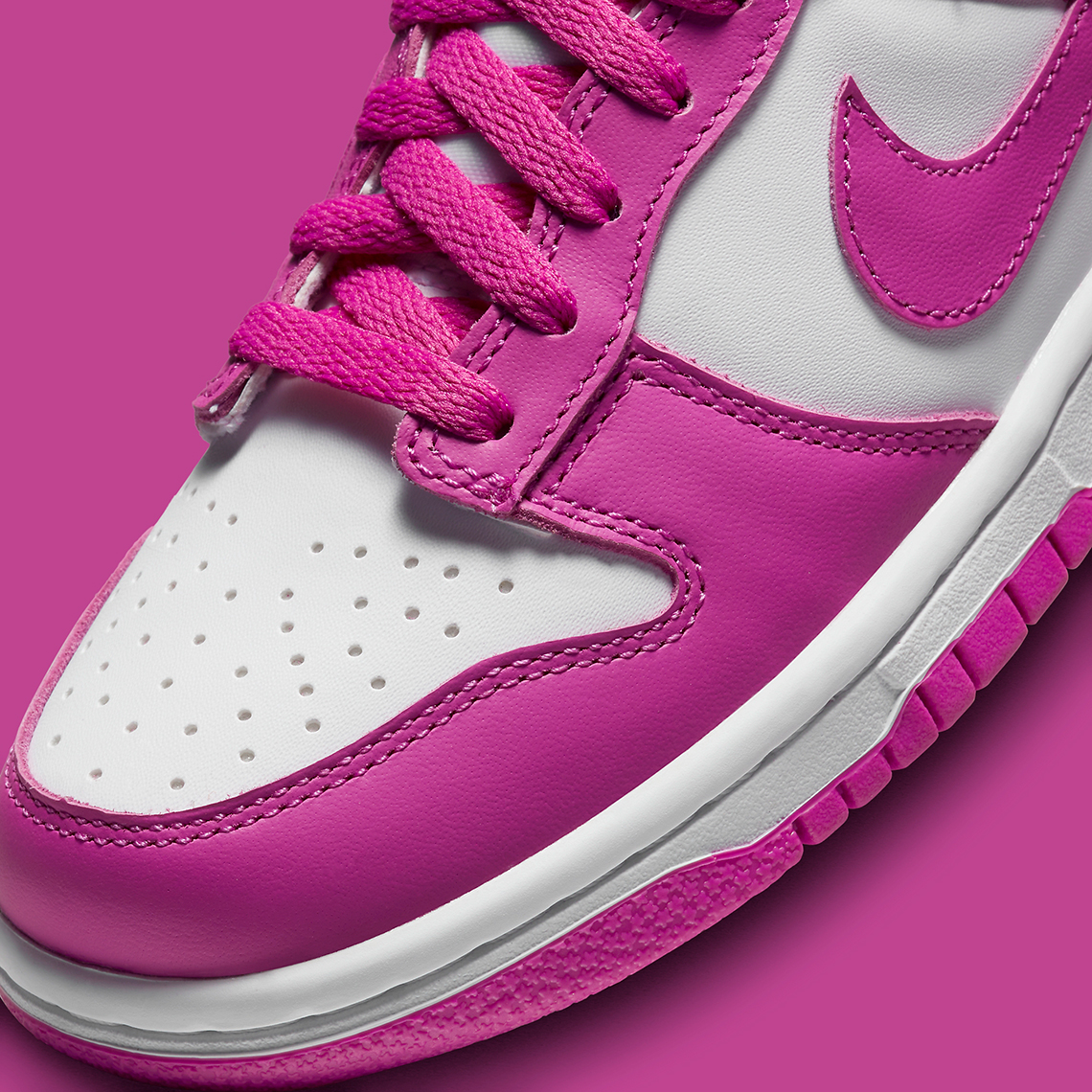 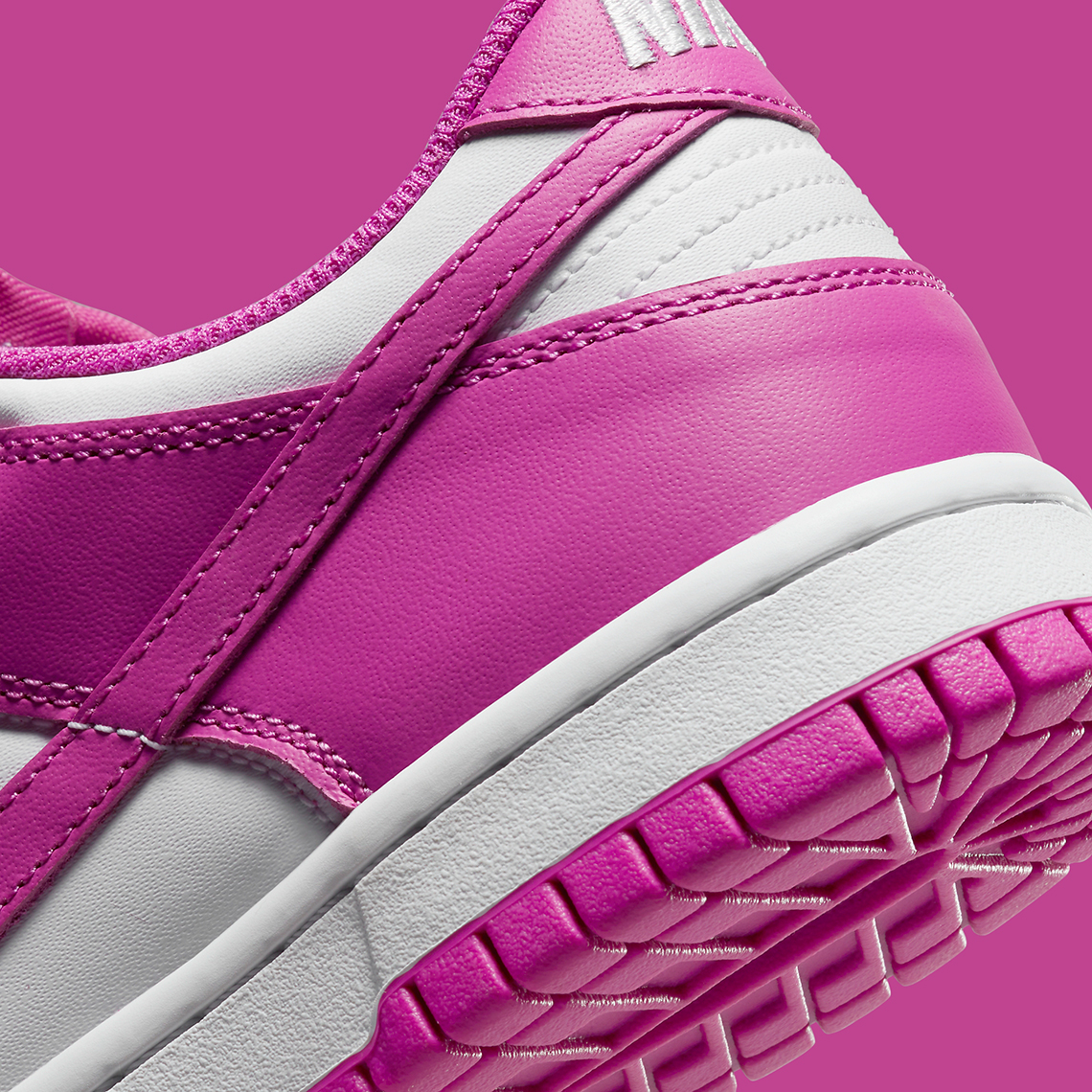