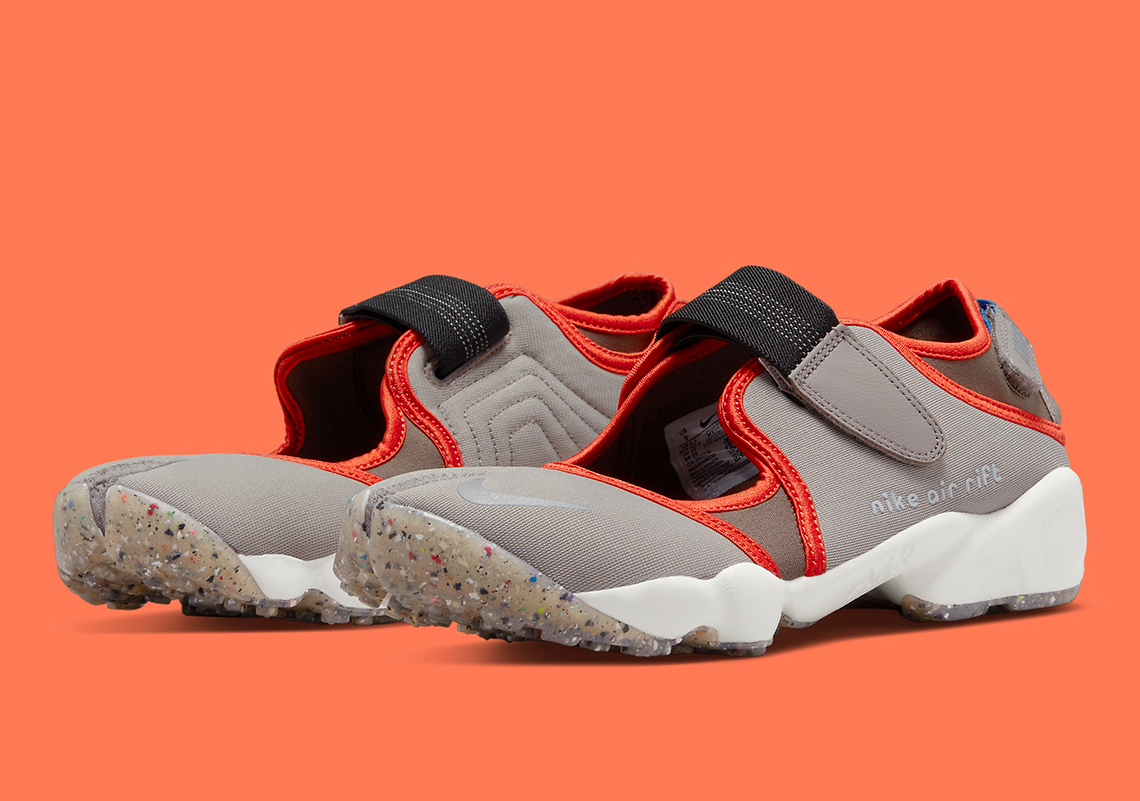 Since its debut in 1996, the Air Rift only ever garnered a small, cult following — its audience comprised mostly of fashion enthusiasts. But with Maison Margiela’s beloved Tabi boot now at its most popular, it’s possible the split-toed Nike could generate quite a bit of buzz with its upcoming appearances.

While its release cadence may leave a lot to be desired, the Air Rift is returning soon in new colorways. This pair, for example, keeps things mostly simple, dressing its upper primarily in a dark grey. Along the toe, the applied Swoosh and threading are done in the same neutral, though the same cannot be said for the panel’s reinforced edges and straps, which opt for a vibrant orange and black/blue coloring, respectively. Additionally, recycled Grind soles are used underfoot and the model’s name marks the side, the latter of which does so in a font ostensibly reminiscent of older Nike ads.

Enjoy a close-up look at this Air Rift via the official images below. Sizes will likely pop up soon on Nike.com and at a select retailers.

In other news, the Air Jordan 6 UNC is dropping tomorrow. 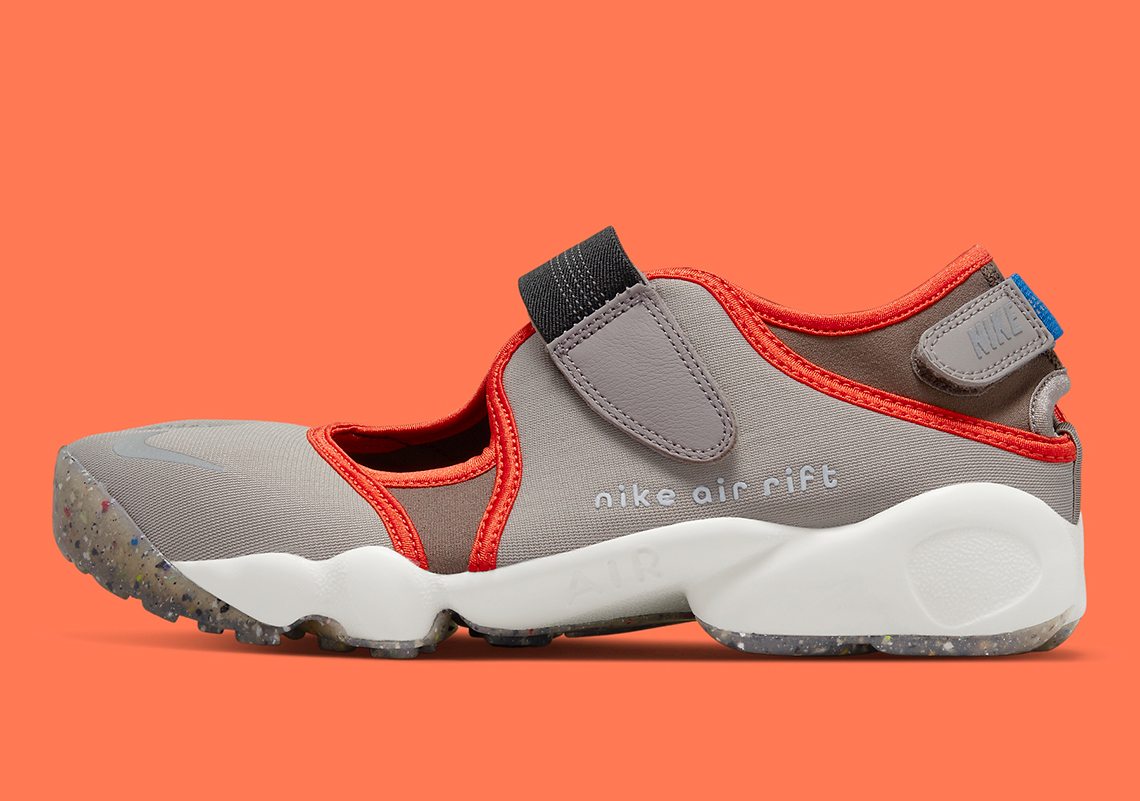 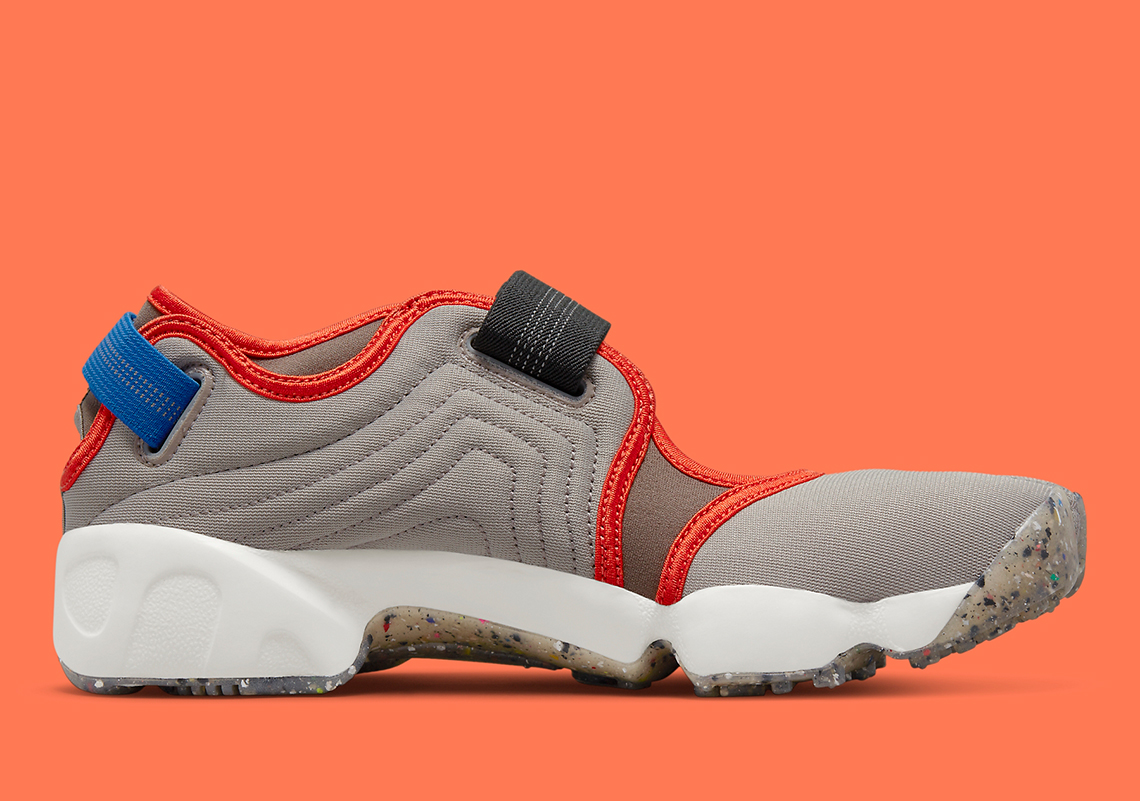 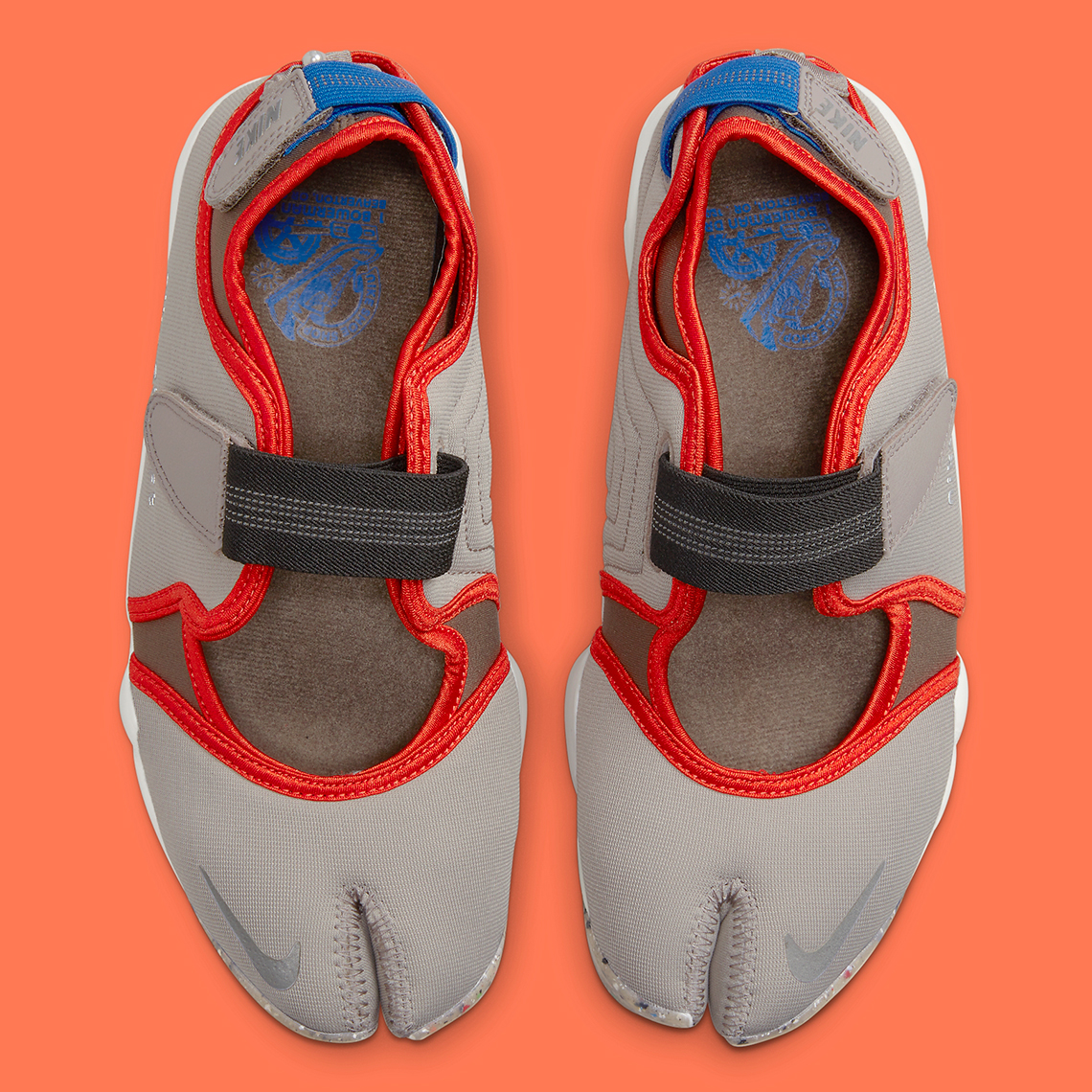 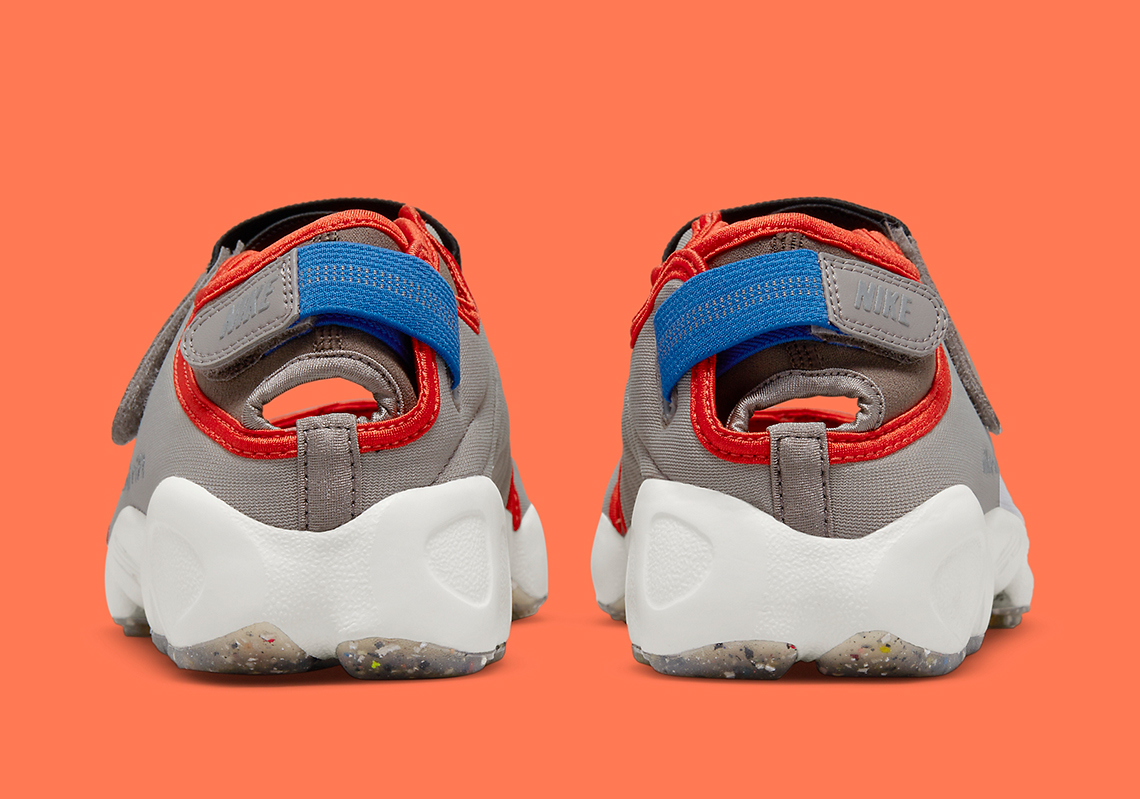 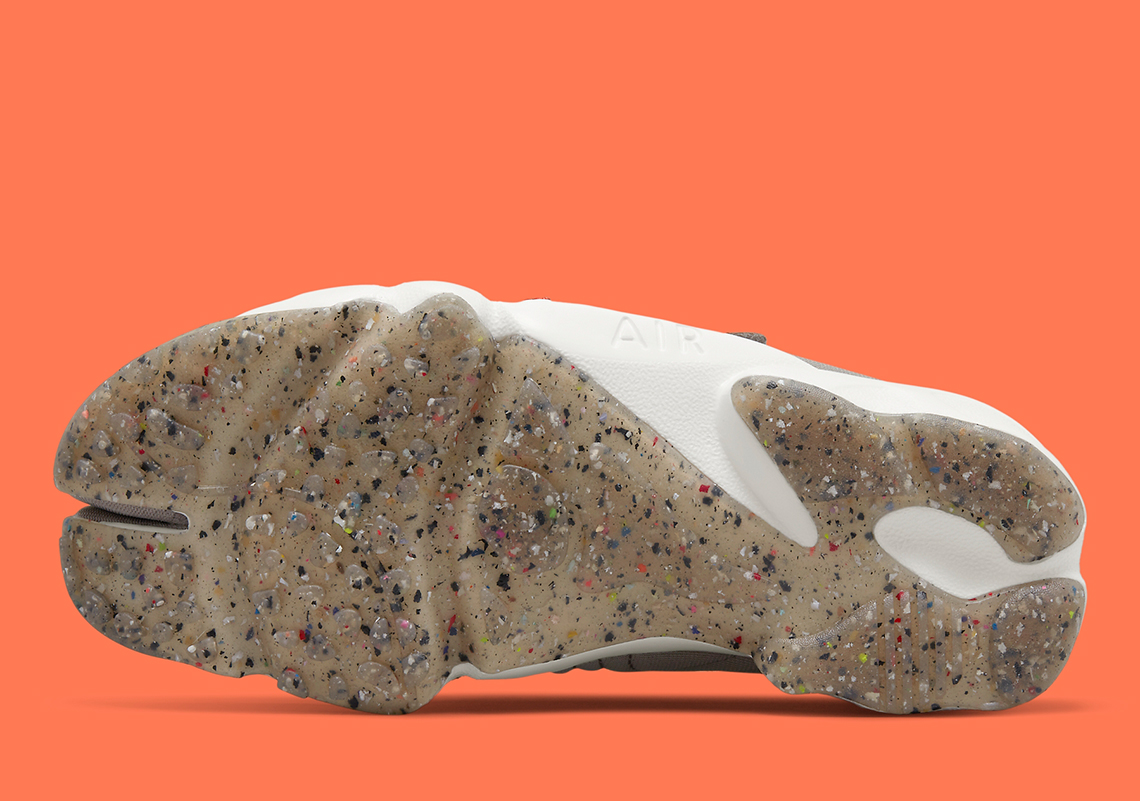 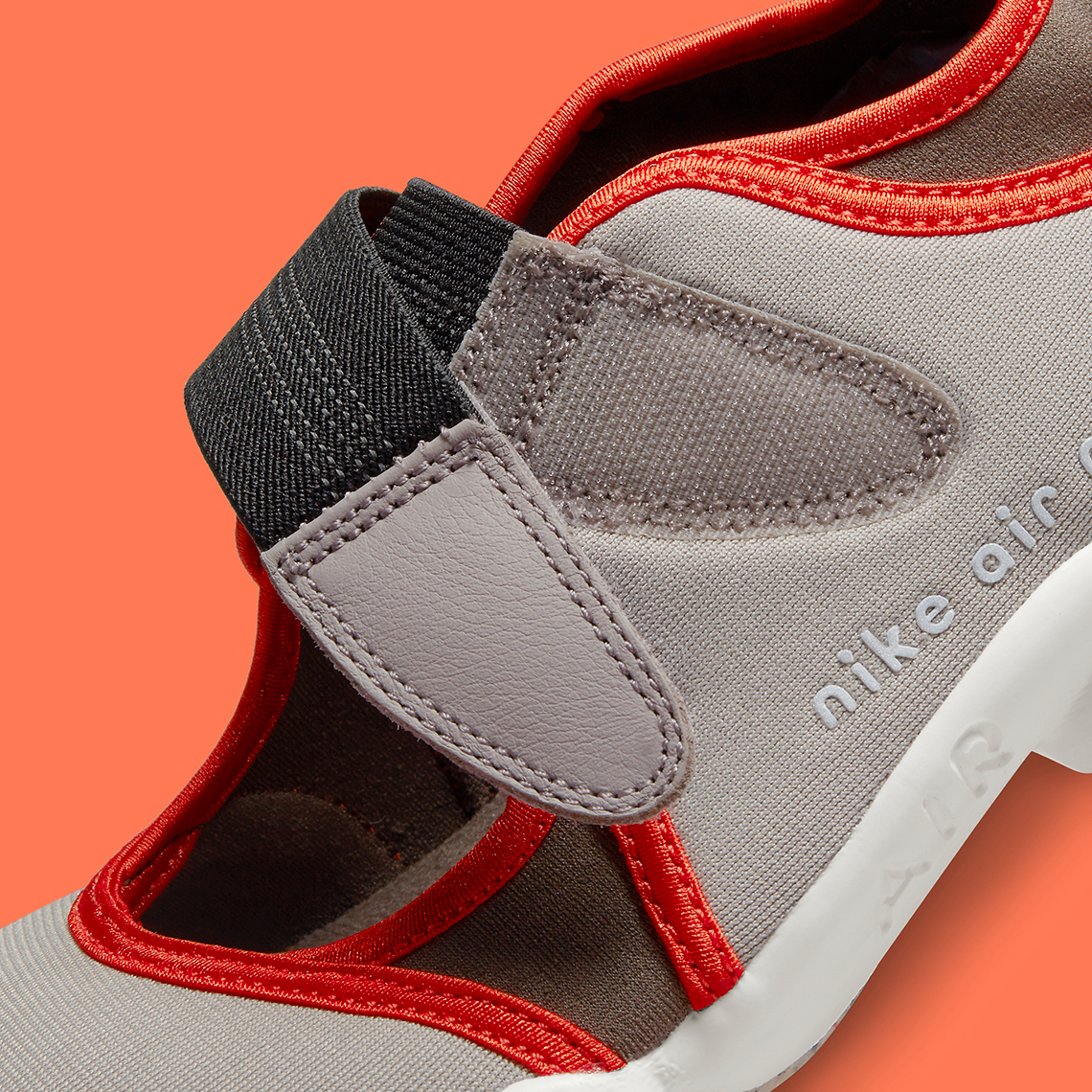 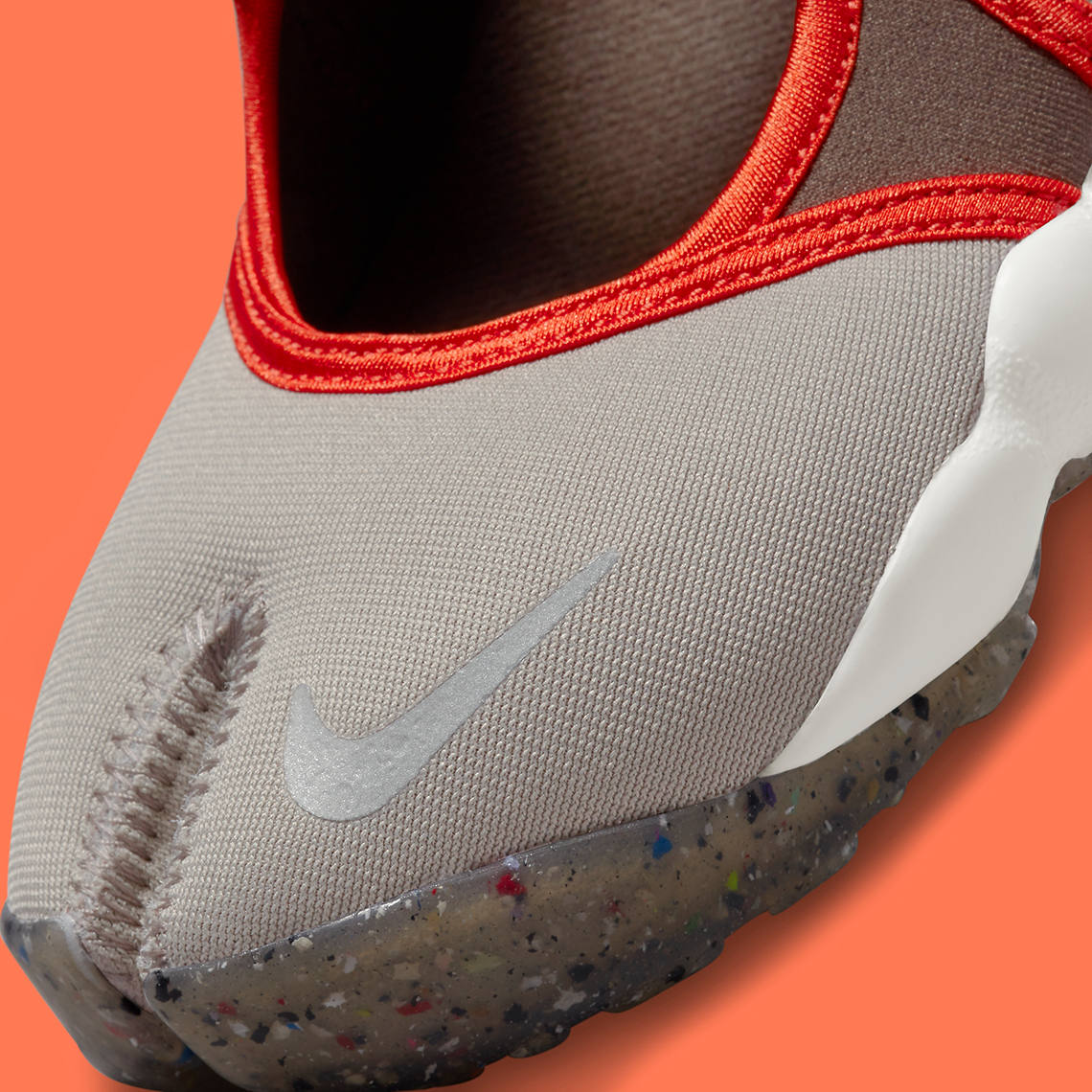 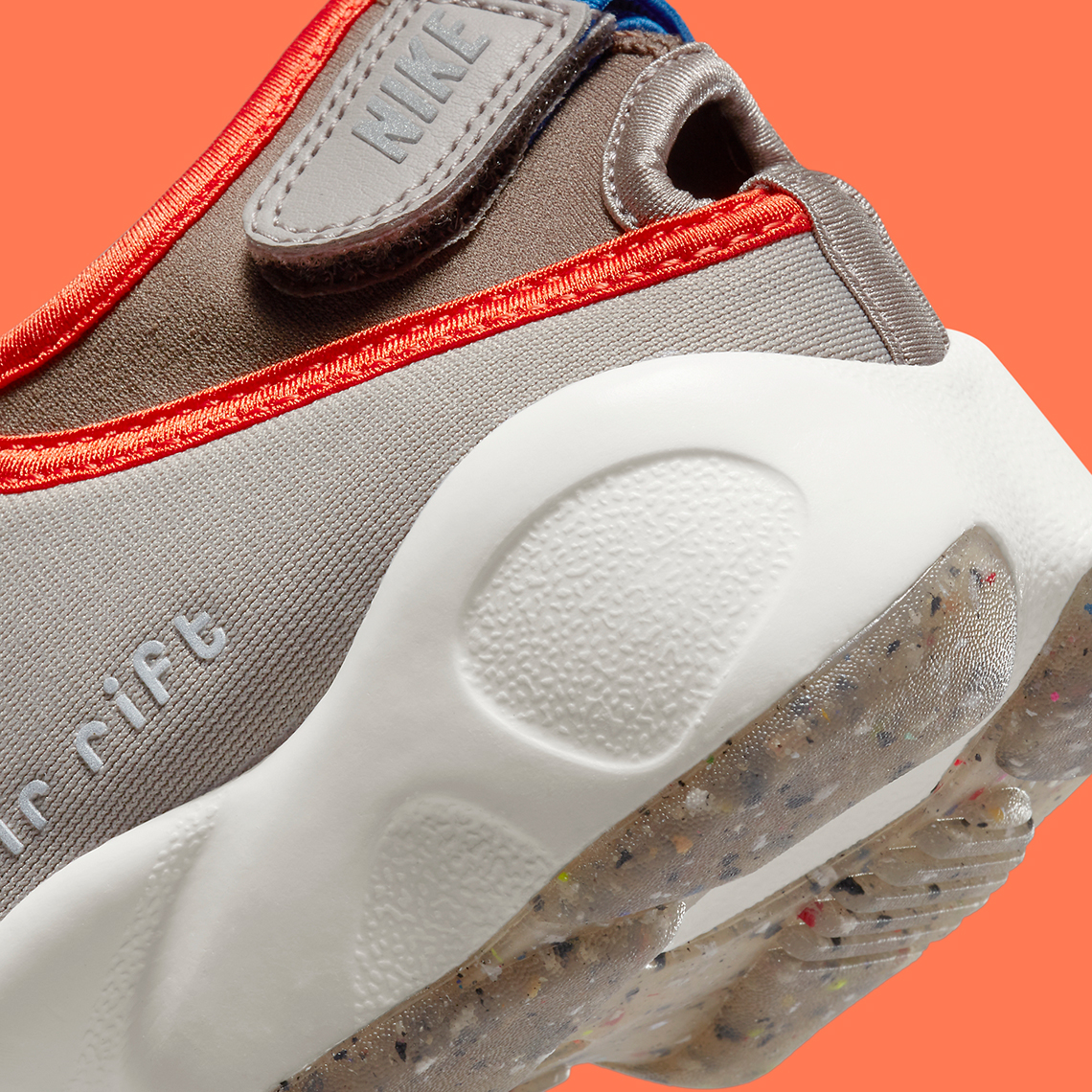