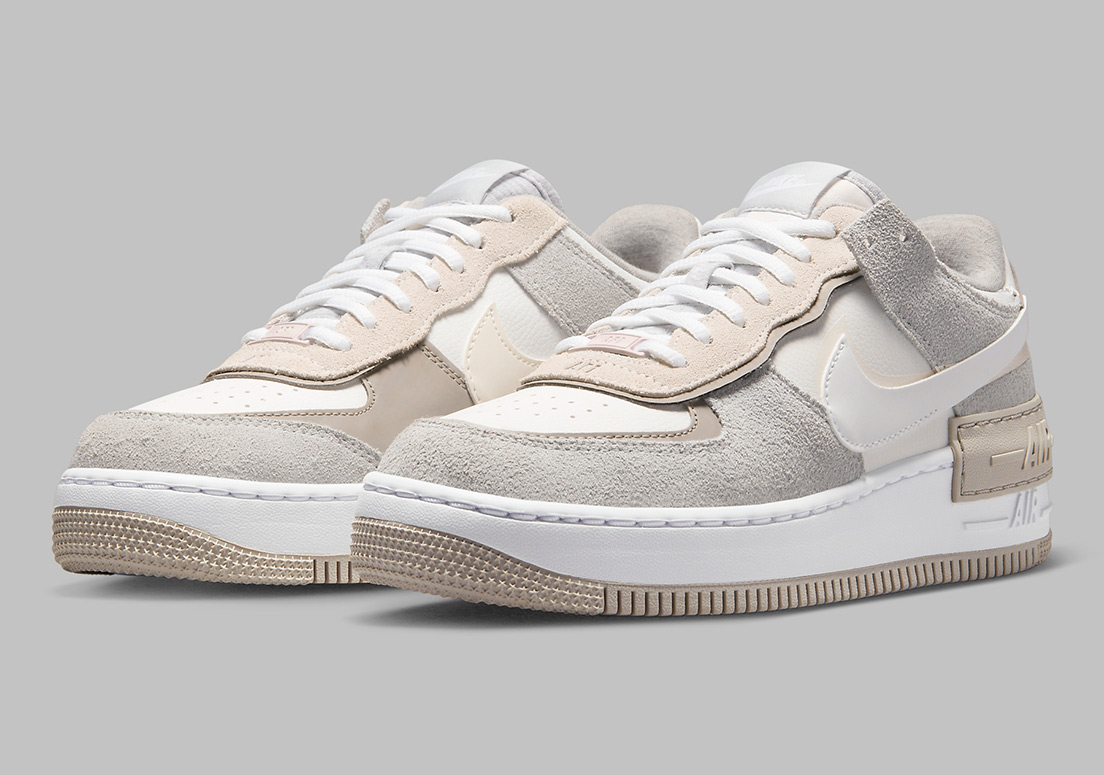 While the 40th anniversary of Bruce Kilgore’s groundbreaking 1982 design is months away from its conclusion, The Swoosh is seemingly delving out even more offerings each week, devoting an increased amount of attention towards their women’s exclusive silhouettes. As the Fall 2022 calendar continues to be revealed, shaggy suede overlays further dominate the reconstructed aesthetic of the Nike Air Force 1 Shadow.

Airing on the lighter side of the tonal spectrum, the underlying tumbled Off-White leather peaks through the double stacked overlays of the upper predominantly featuring light grey suede. The matching textile is employed through the Soft Sand quarter overlay as the presiding hue shadows the white leather and sections of the heel counter. Contoured “AIR” branding bears a muted “Mauve” shade that follows suit along the tread and fleece lining of the silhouette providing a snug and cozy fit.

Enjoy official images of the “Grey Fleece” Air Force 1 Shadow below as we look toward filling out additional release details as they’re made available.

For more offerings of the silhouette during its 40th anniversary, a Sky Blue and grey combination flaunts across for the latest Air Force 1 Low. 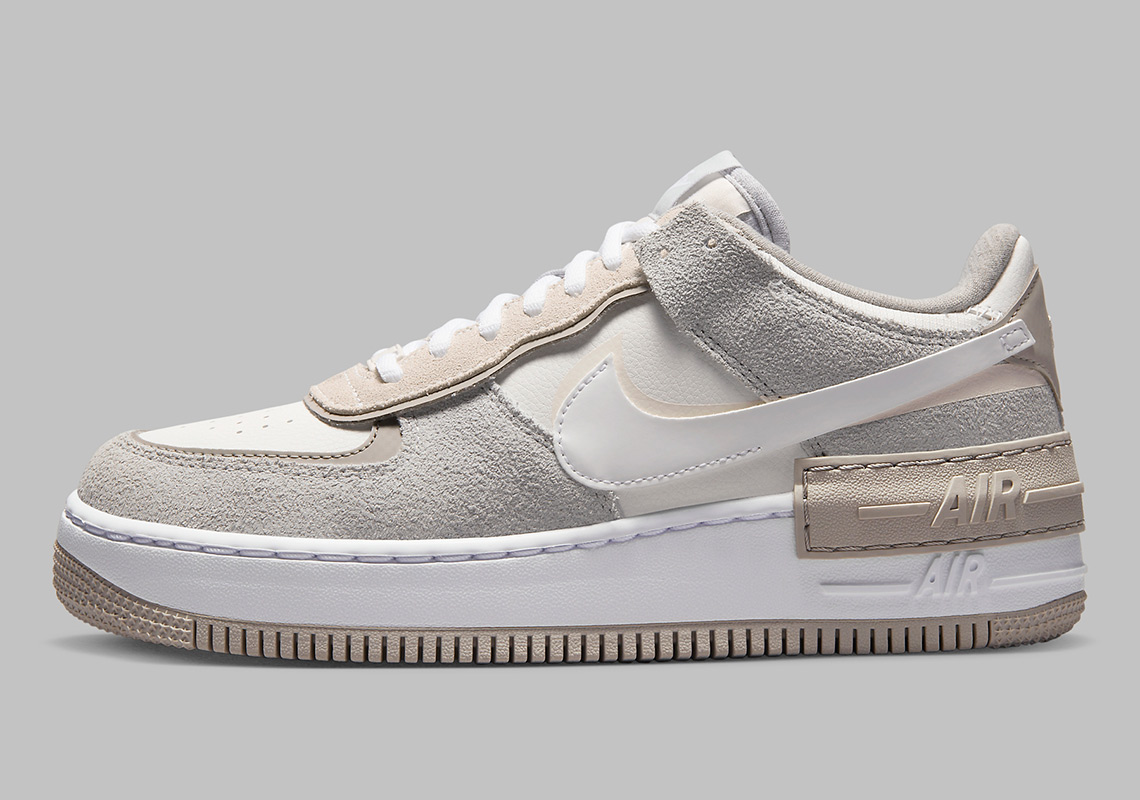 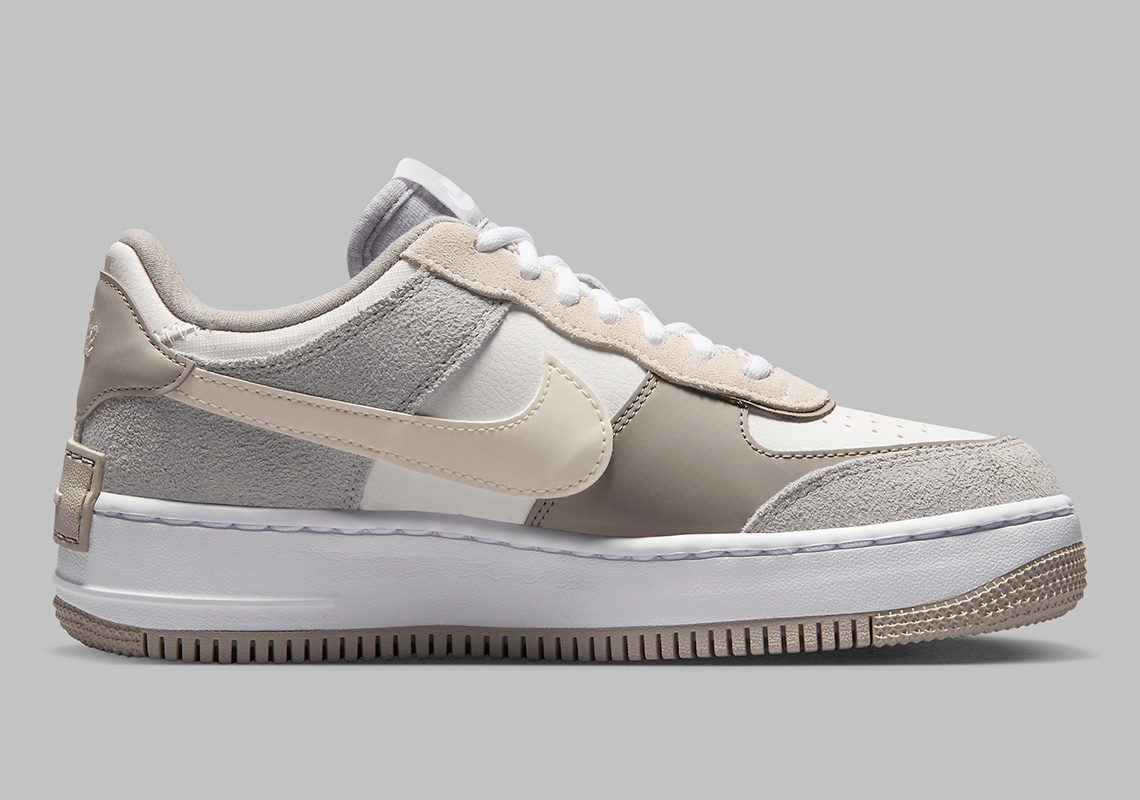 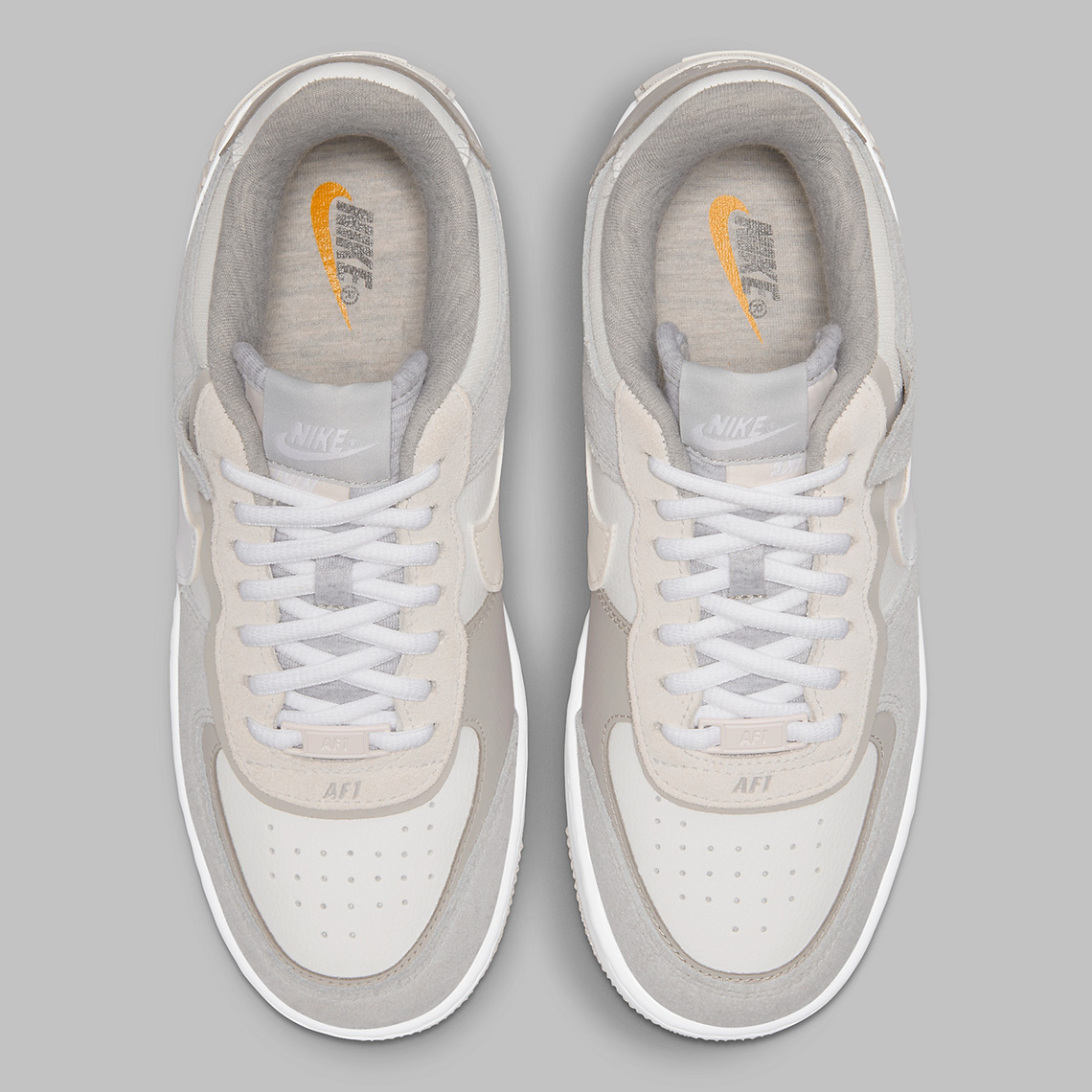 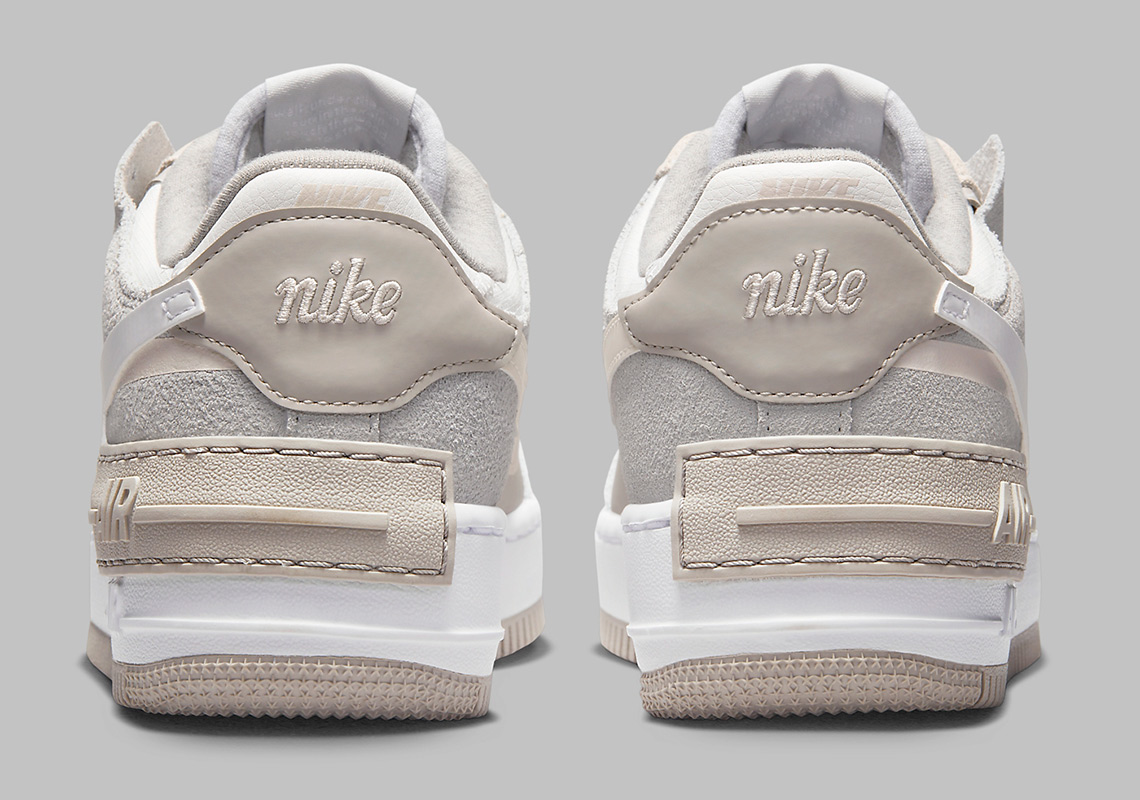 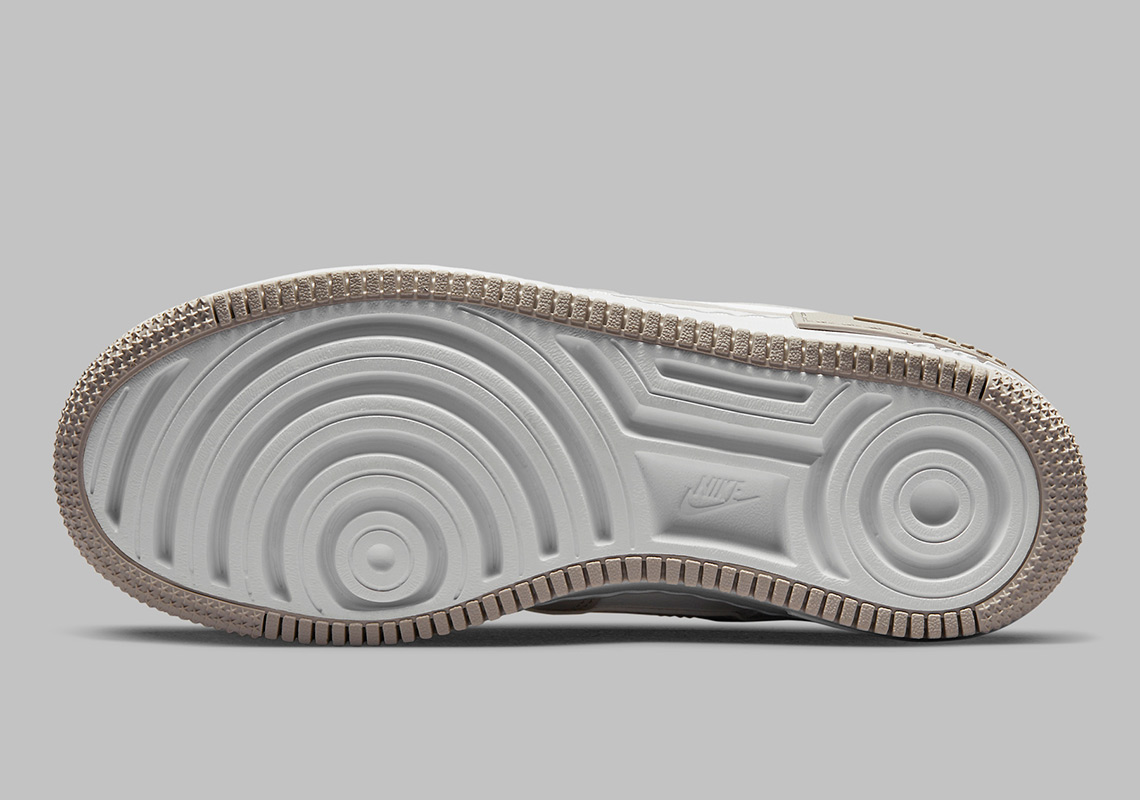 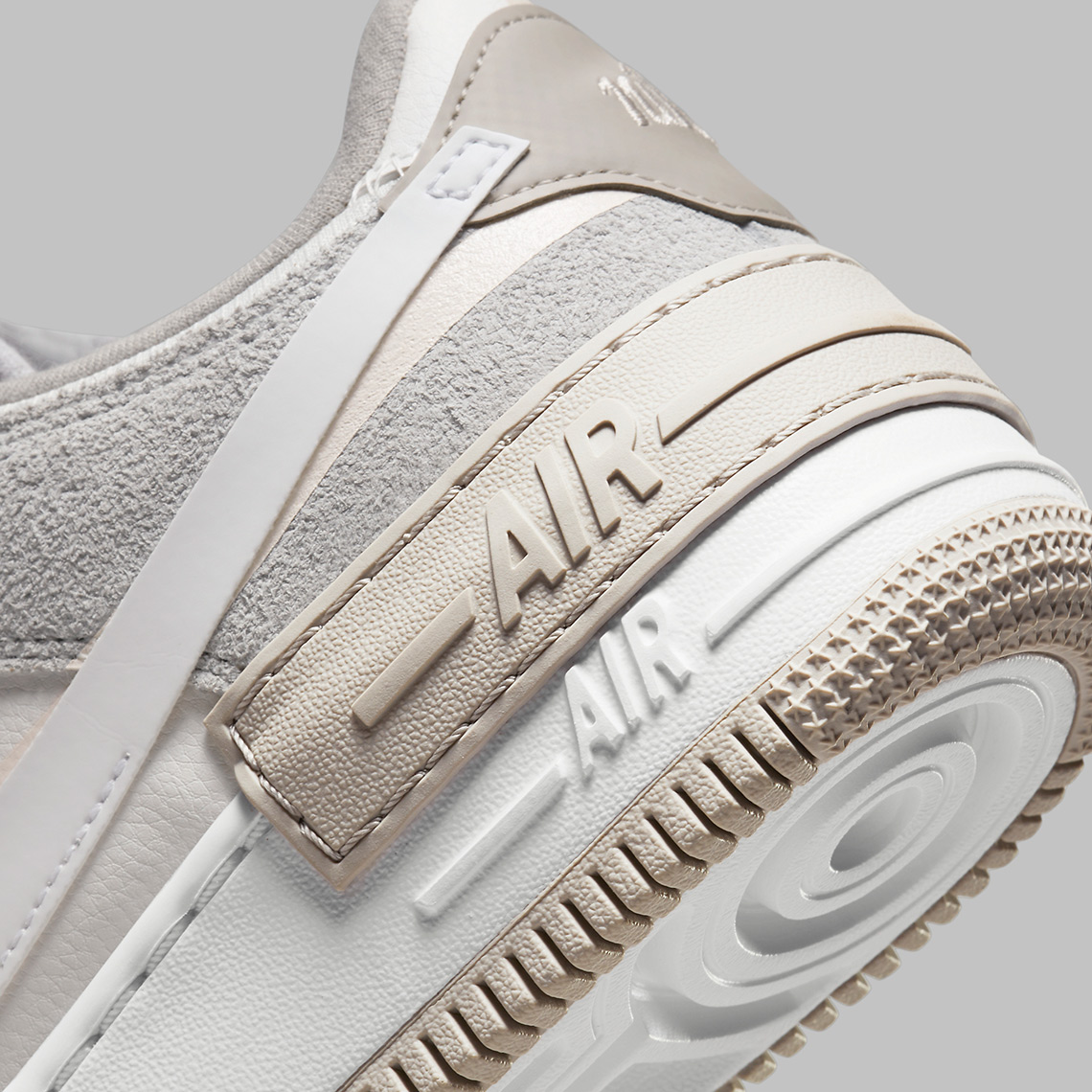 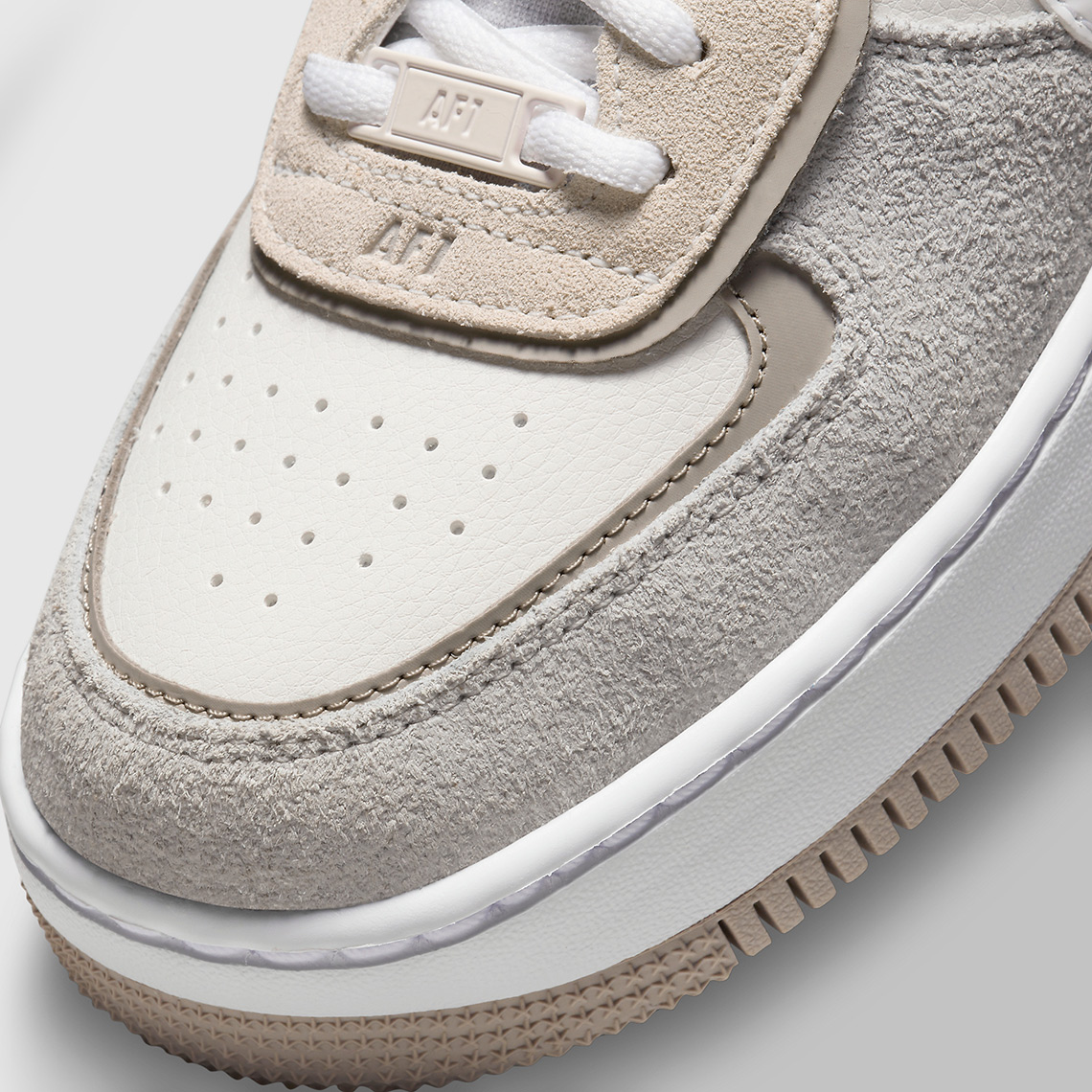