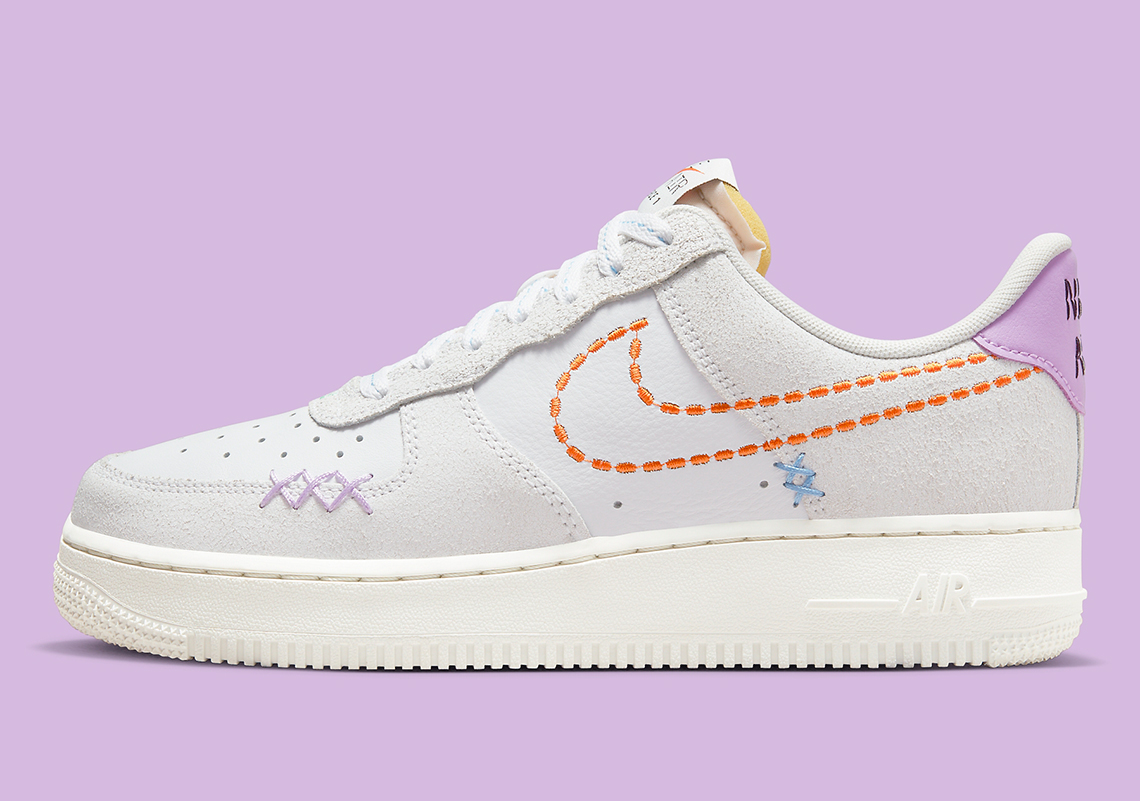 Since its debut in April, the “Nike 101” collection has enrolled the Dunk Low, Blazer Mid, and, more recently, the Air Force 1. And unlike its counterparts, the latter silhouette has received not just one but two upcoming colorways.

This pair, relative to its peer, is much less bold due to its lack of a gum bottom. The upper, however, is similarly furnished, albeit with different colors and the addition of leather along the mid-panel, toe, and rear. Embroidered like a dotted line, the Swoosh is highlighted in a bright orange; the stitching elsewhere alternates between a light blue and pink, the latter of which matches the heel tab as well as the “Nike 101” branded sockliner.

For a closer look at the second Air Force 1 “Nike 101,” see the official images below. A release is sure to hit Nike.com and select retailers soon, so sit tight.

In other news, an Off-White Air More Uptempo was just unveiled.

“Nike 101” Prepares Yet Another Lesson For The Air Force 1
Color: 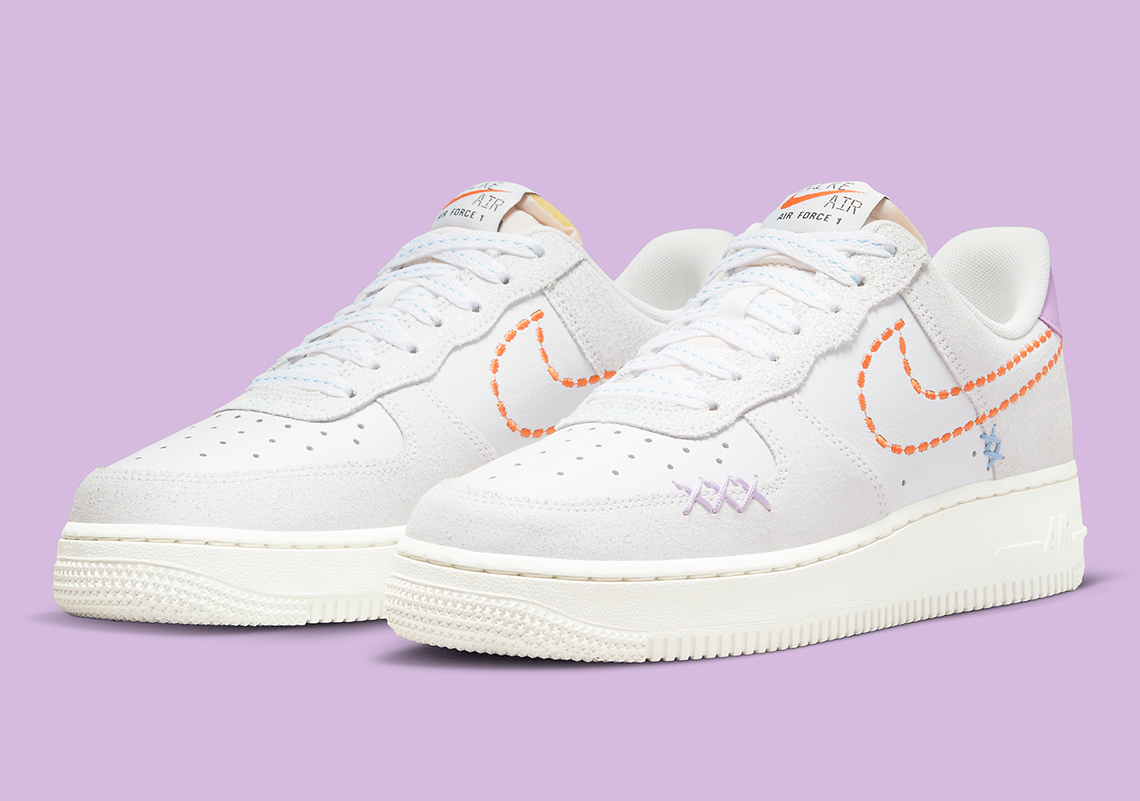 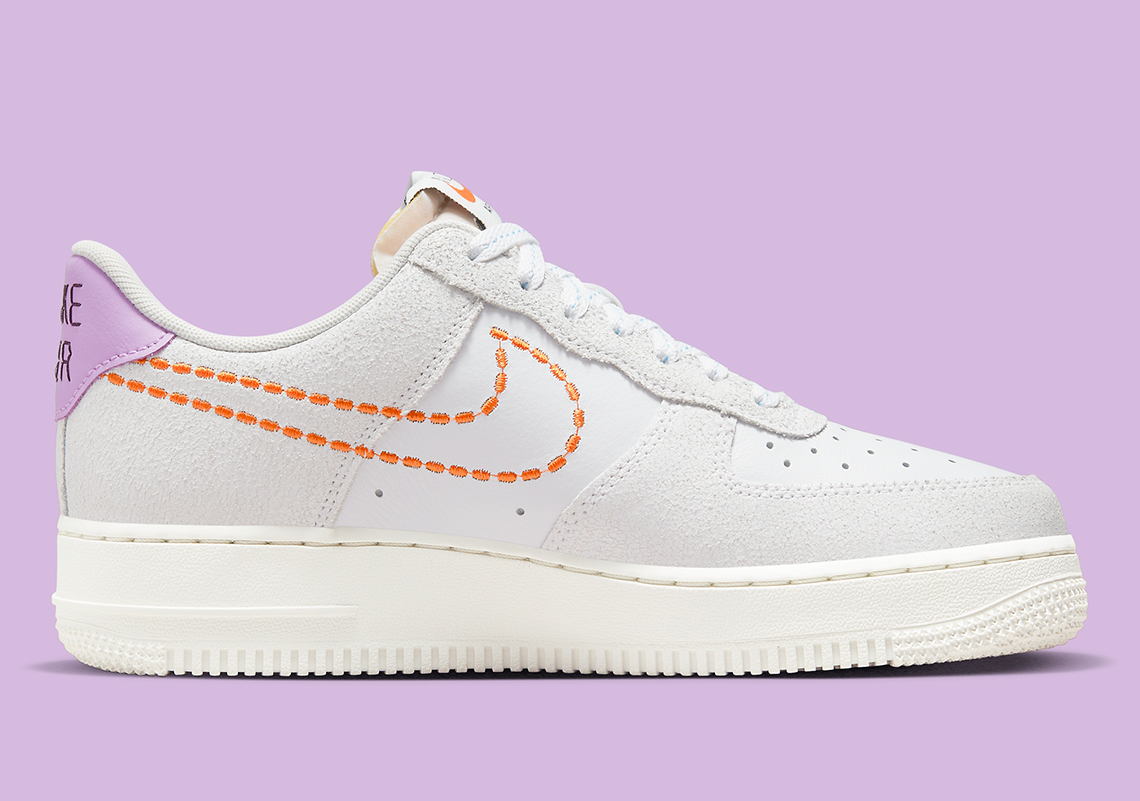 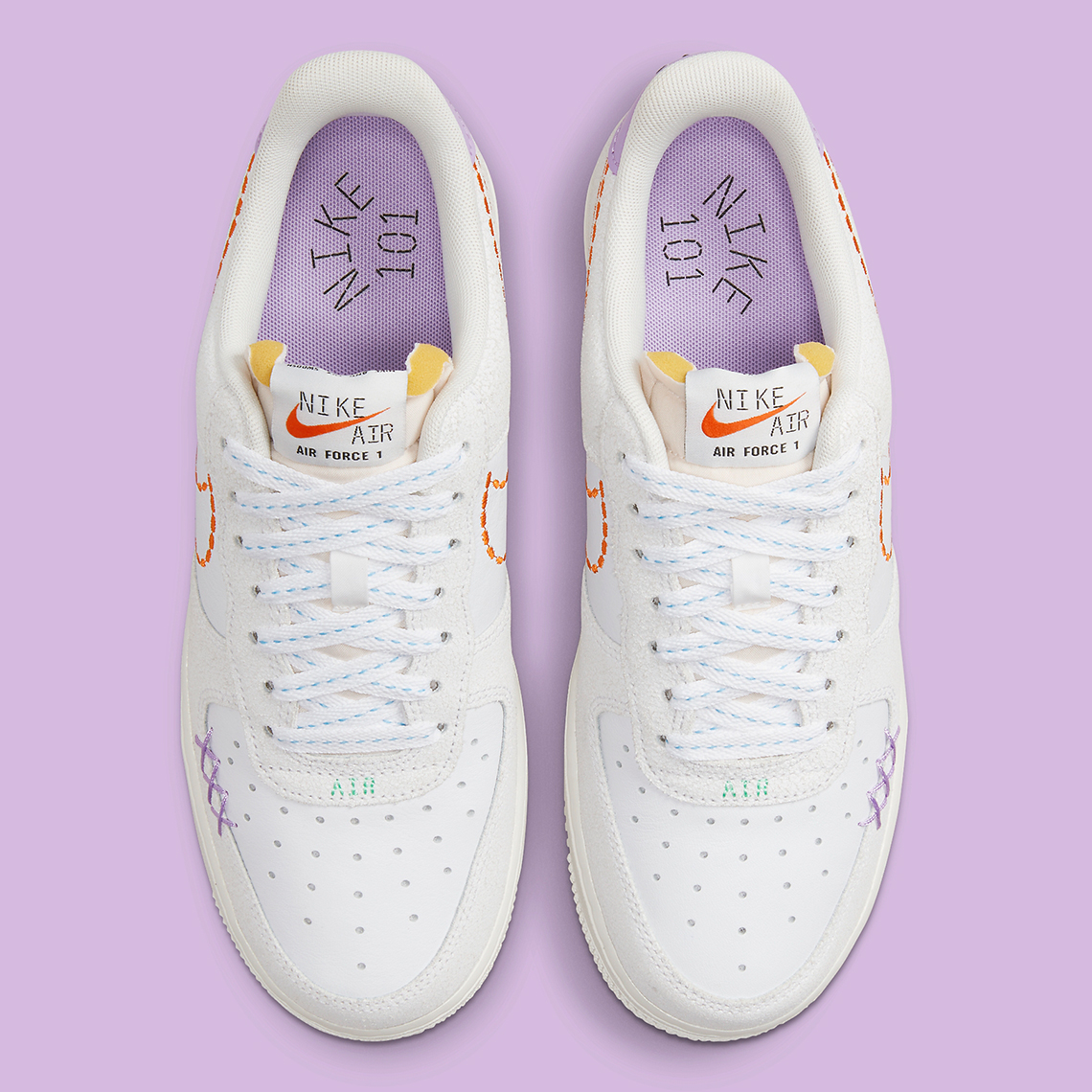 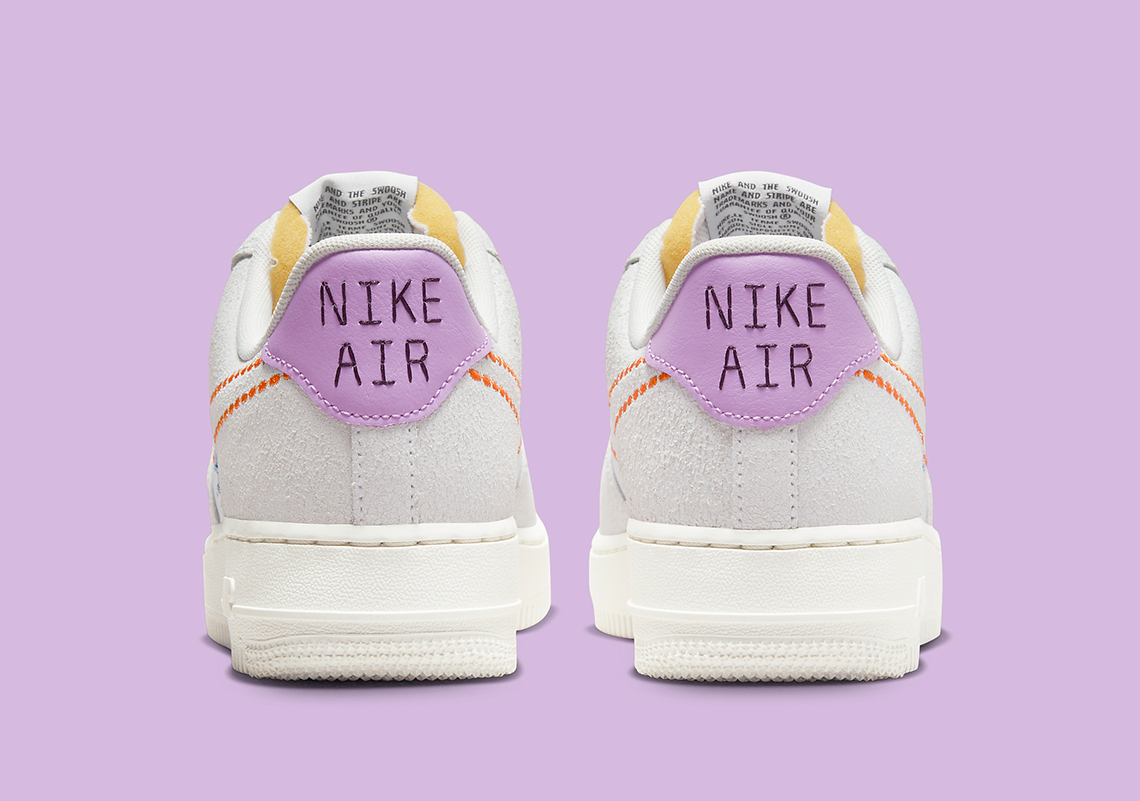 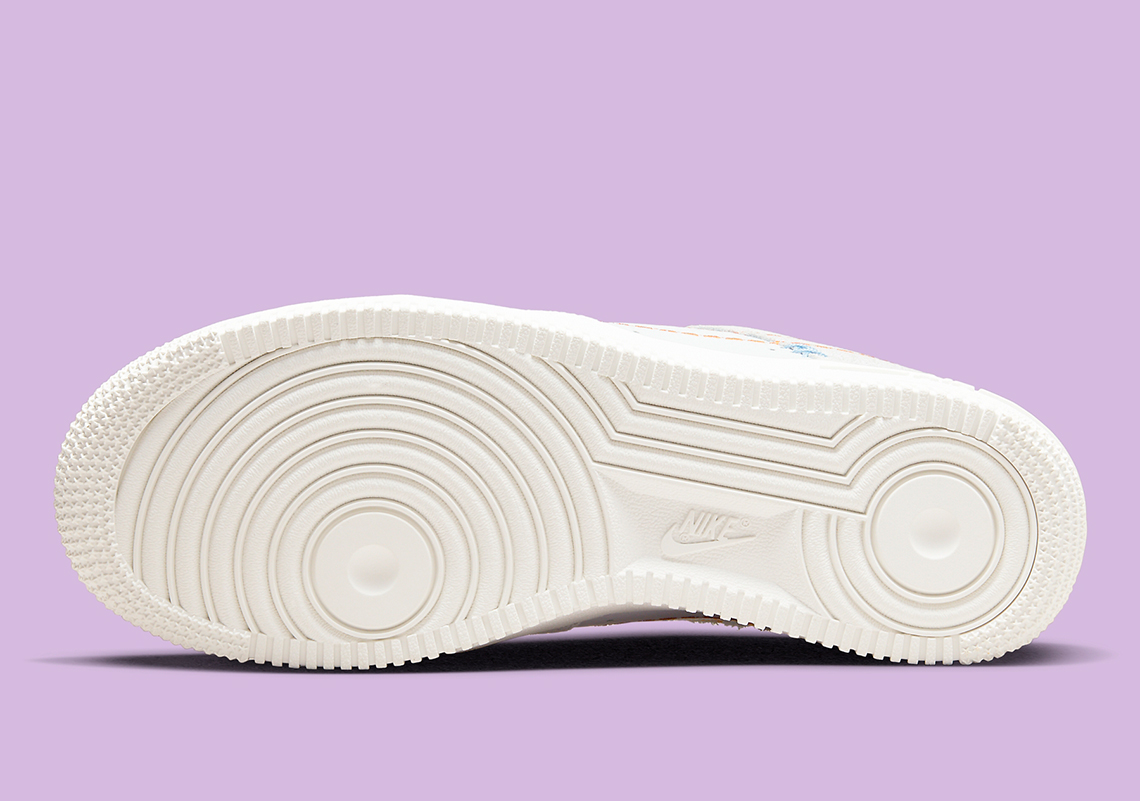 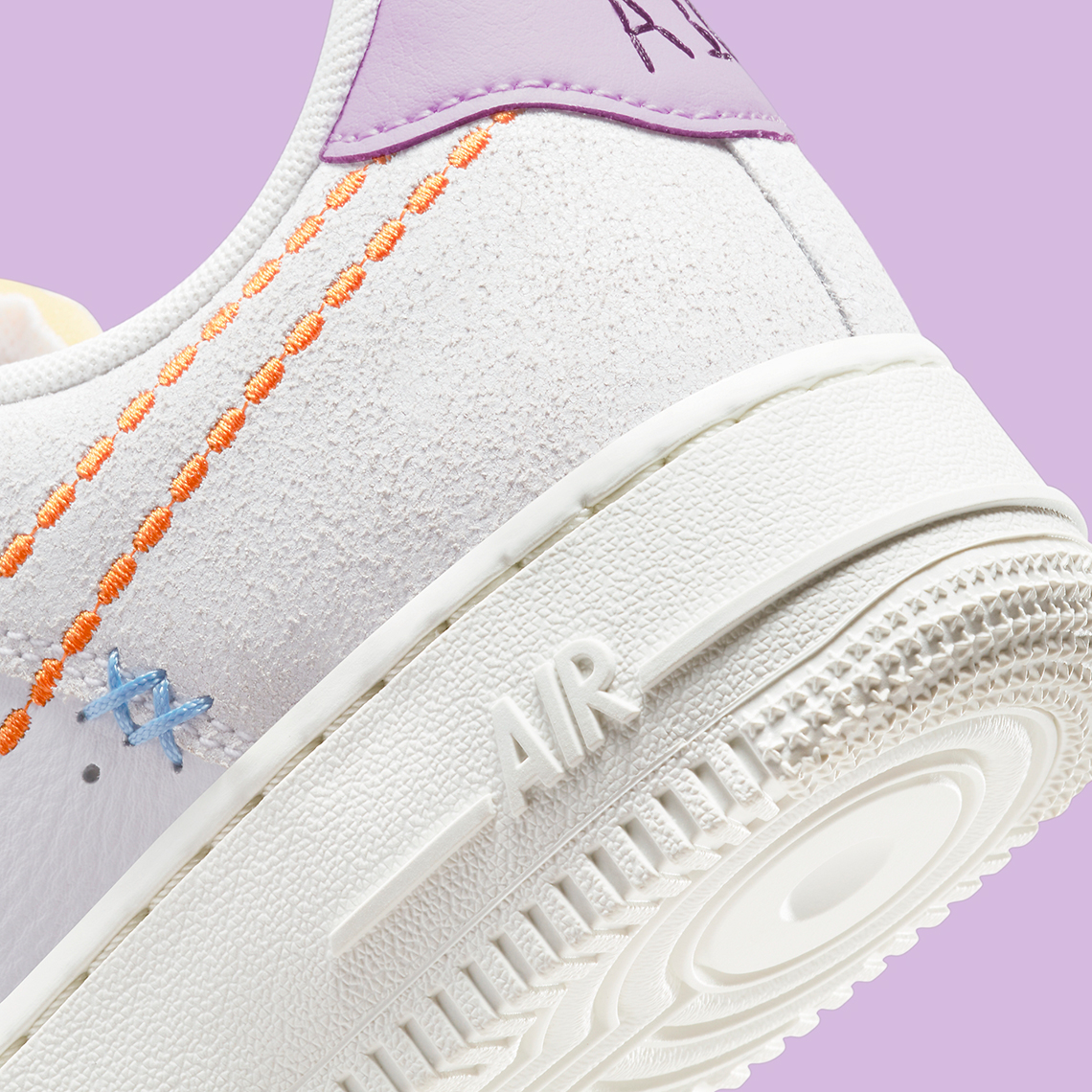 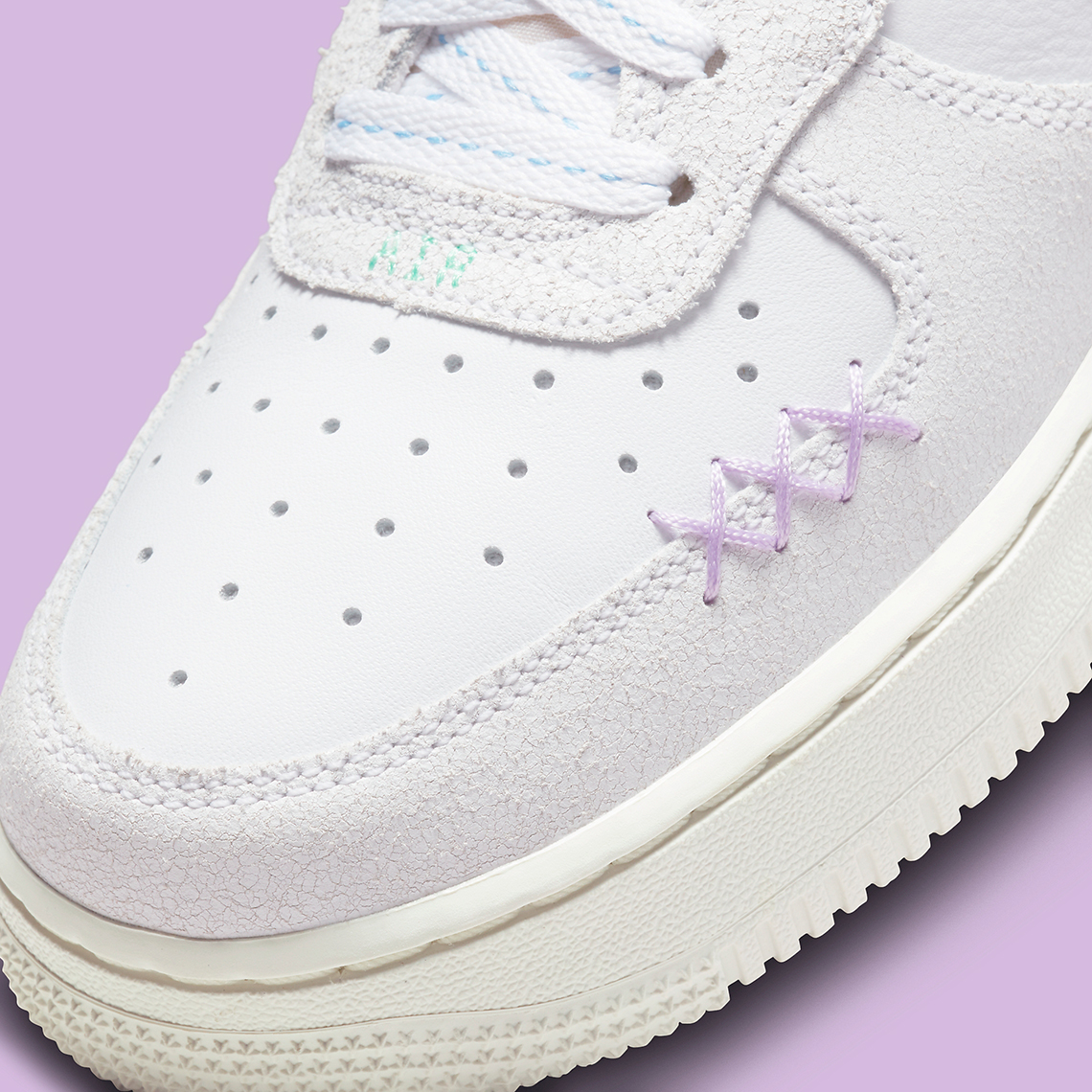