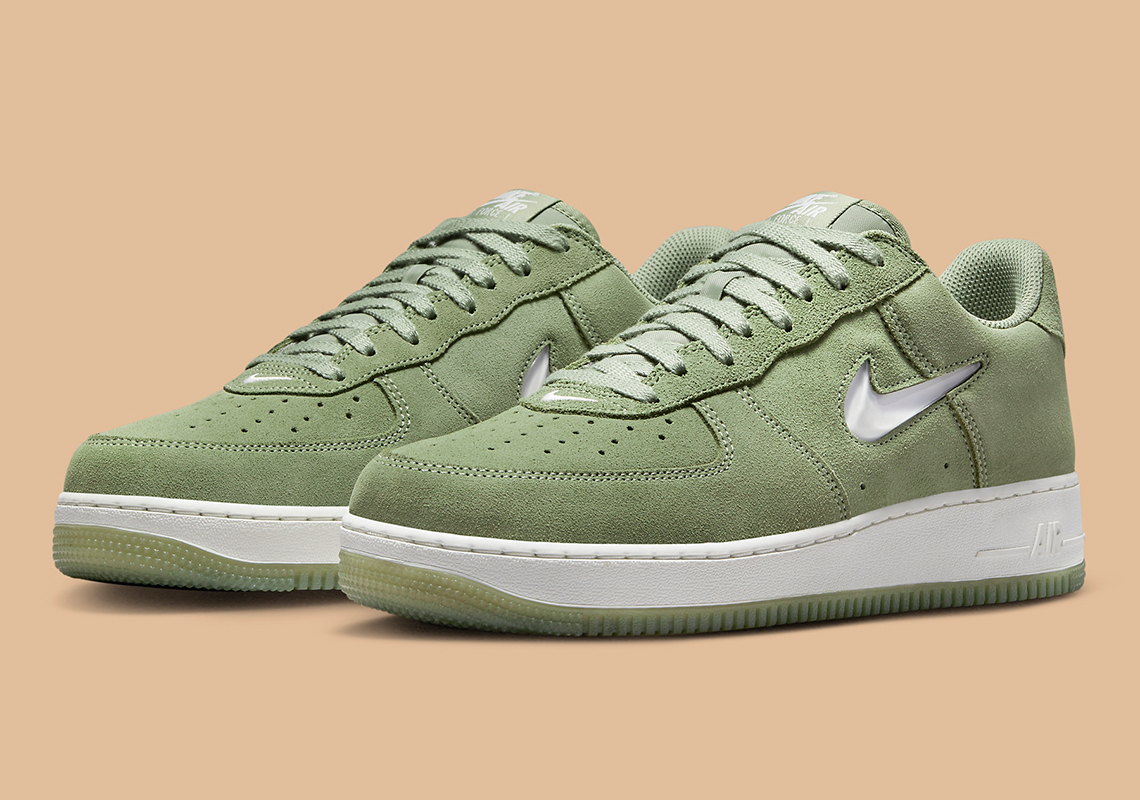 Following a brief hiatus after the conclusion of the silhouette’s 40th anniversary, the Nike Air Force 1’s Color of the Month series was resumed this month with the collection seldom used jewel Swoosh. Following another one of the model’s many “Triple-White” ensembles, a disparate shade of matcha green coordinates along the retooled proposition’s clad-suede upper.

Proffering the first non-leather effort within the collective homage to Baltimore storefronts revitalizing the model in the late 80s, the silhouette carries with it a streamlined construction featuring the fit of the original pair’s tooling from its birth year. Save the midfoot’s crisp white bulbous Swoosh alongside the tongue and heel tabs’ old-school Nike Air logos, the remainder of the supple textured upper indulges in an olive coat in tandem with the tongue’s and sock liner’s mesh construction. While early efforts came anchored by gum sole units, the two-toned aesthetic concludes with a simplified white midsole and semi-translucent green tread underfoot.

While we sit tight on the pair’s expected release date, enjoy official images of the Nike Air Force 1 Low “Green Suede” below in the meantime.

In other news from the Beaverton brand, the Air Jordan 11 is casting a “Neapolitan” scheme for Holiday 2023. 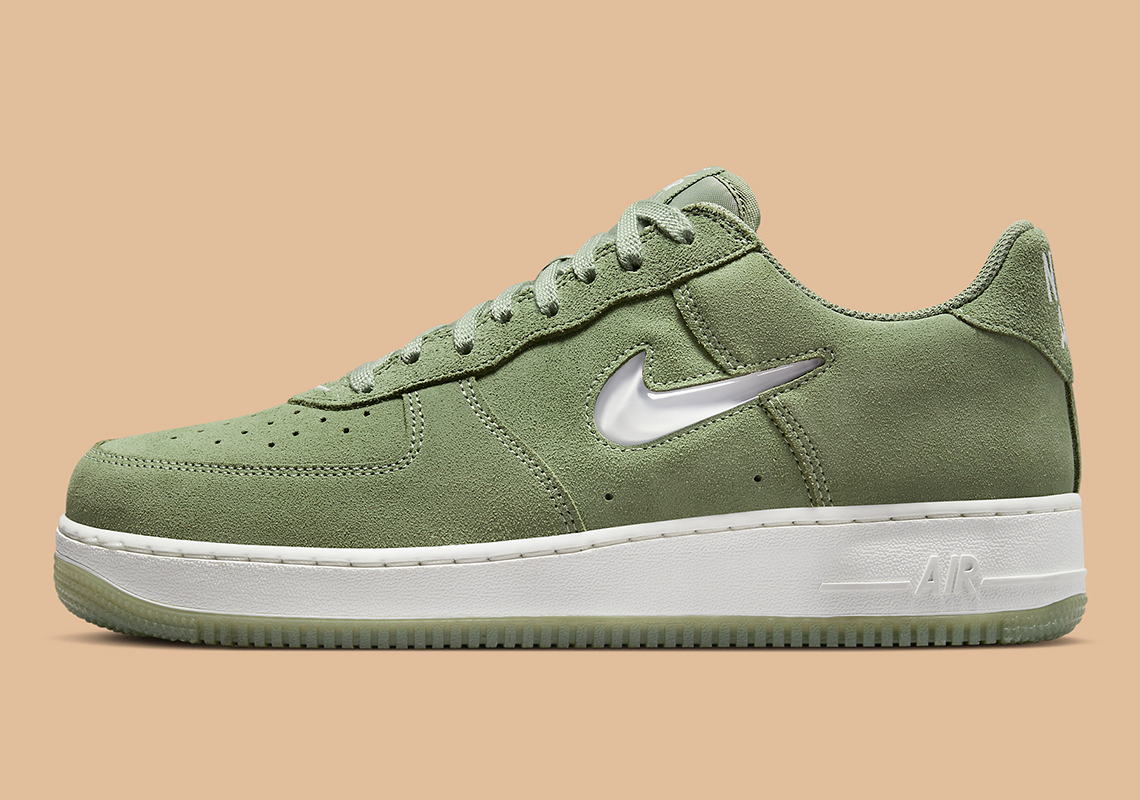 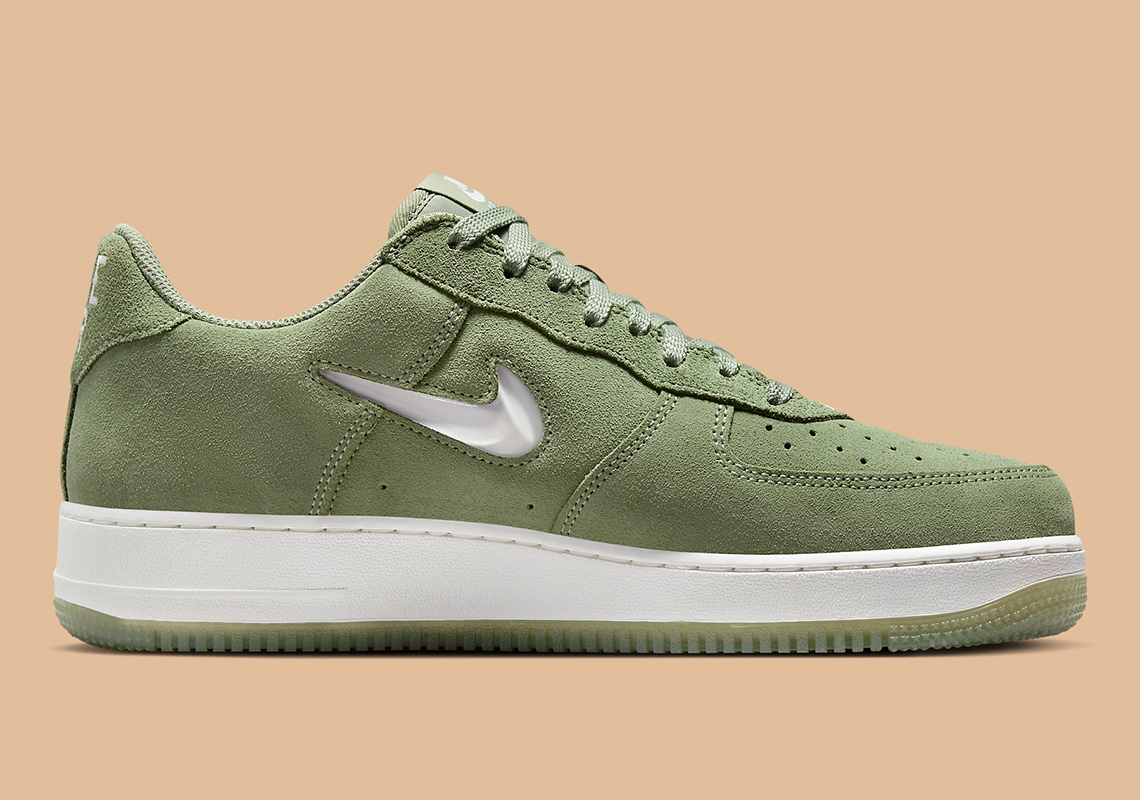 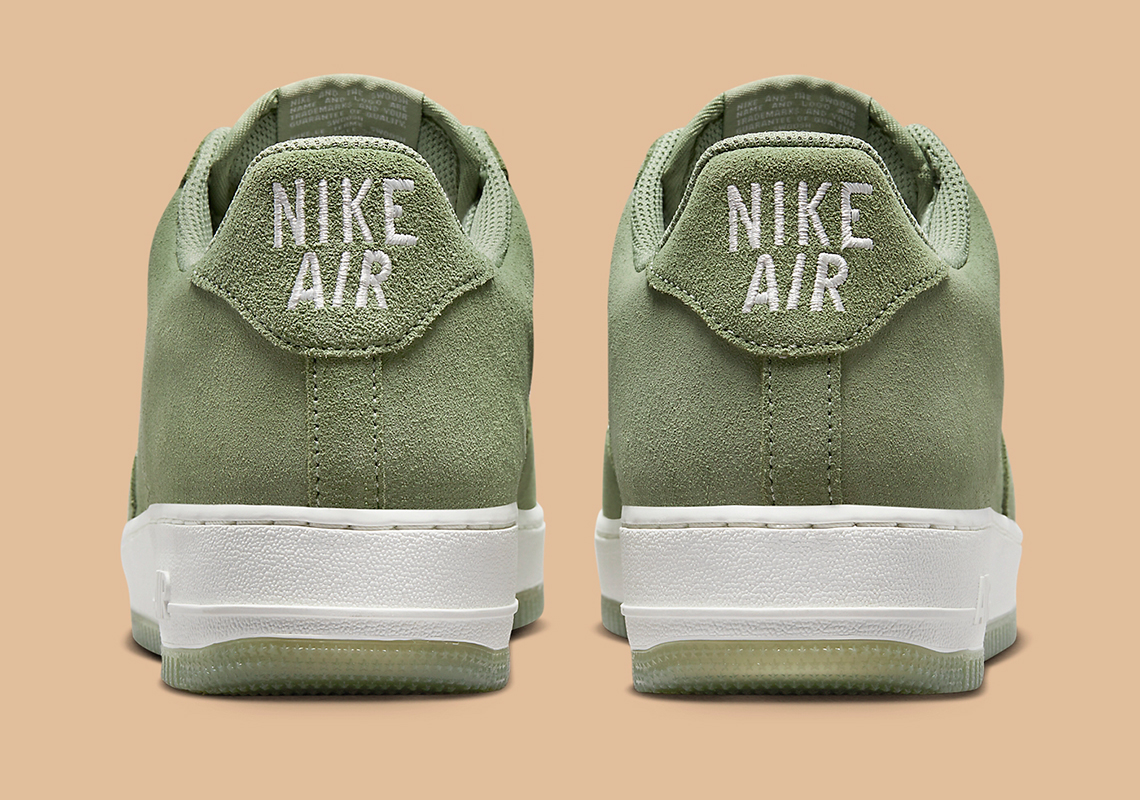 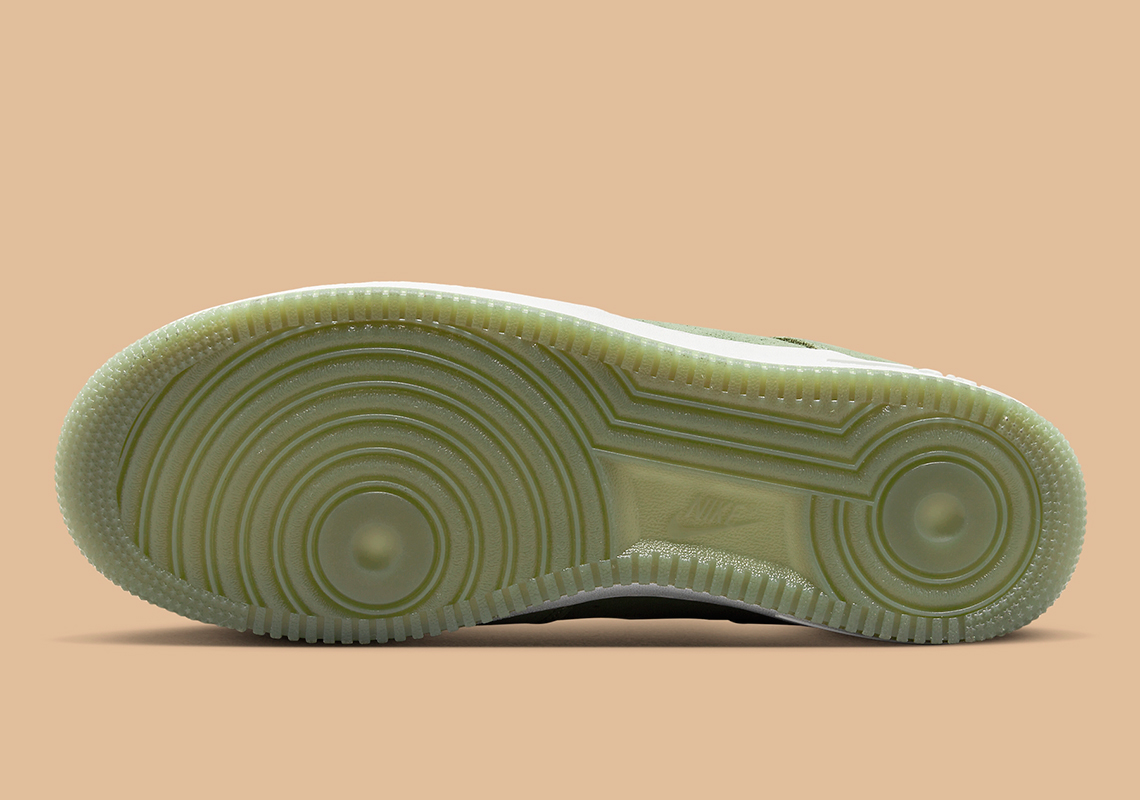 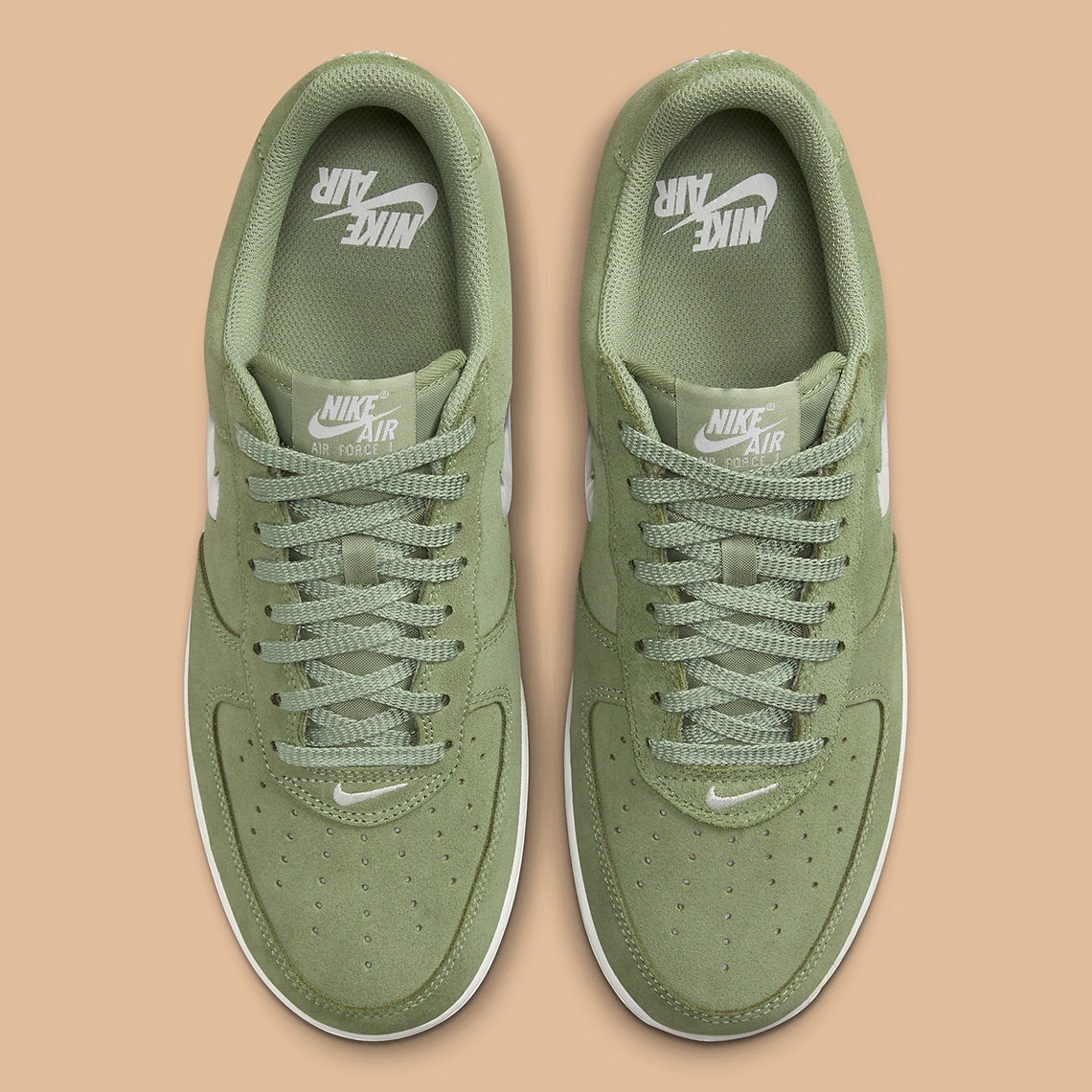 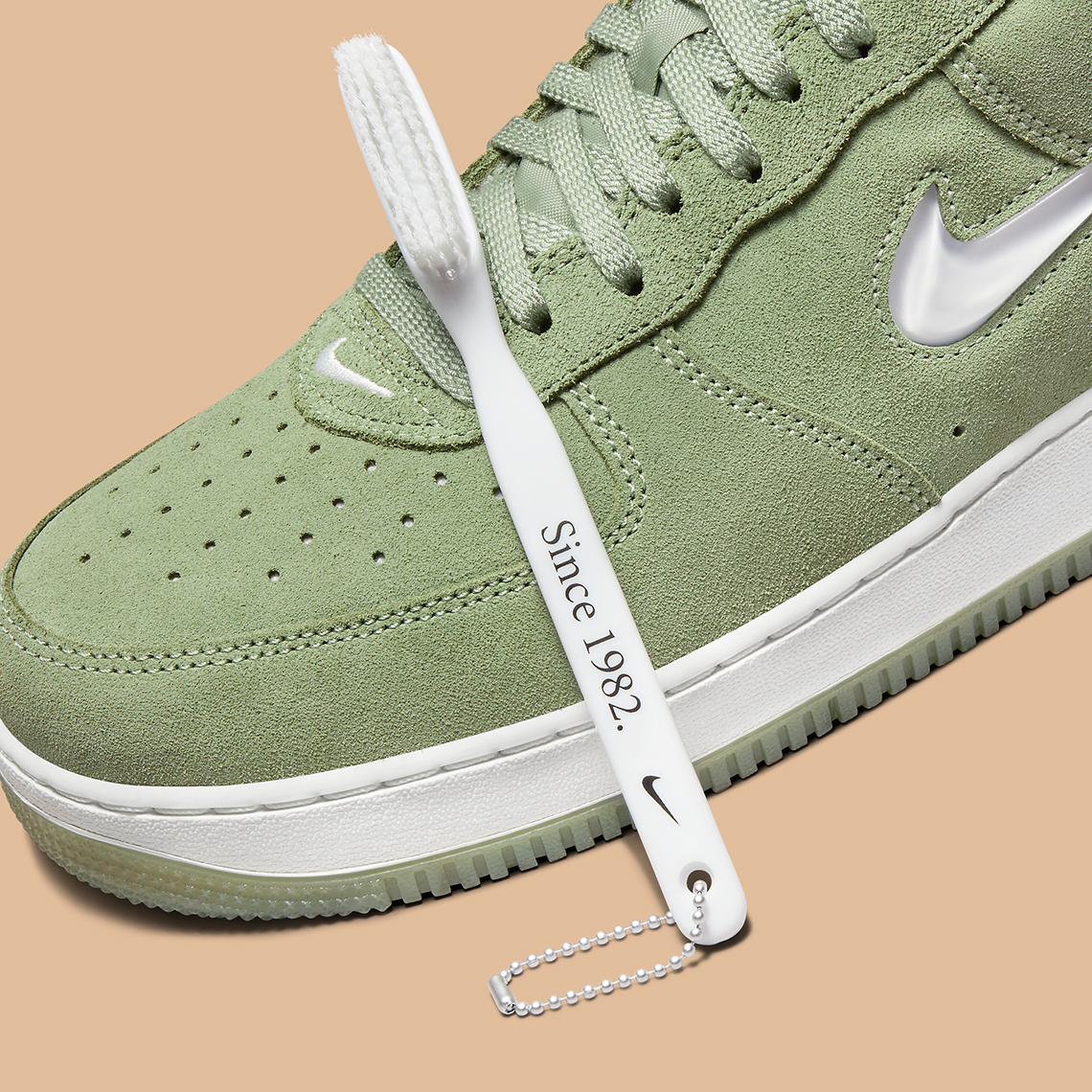 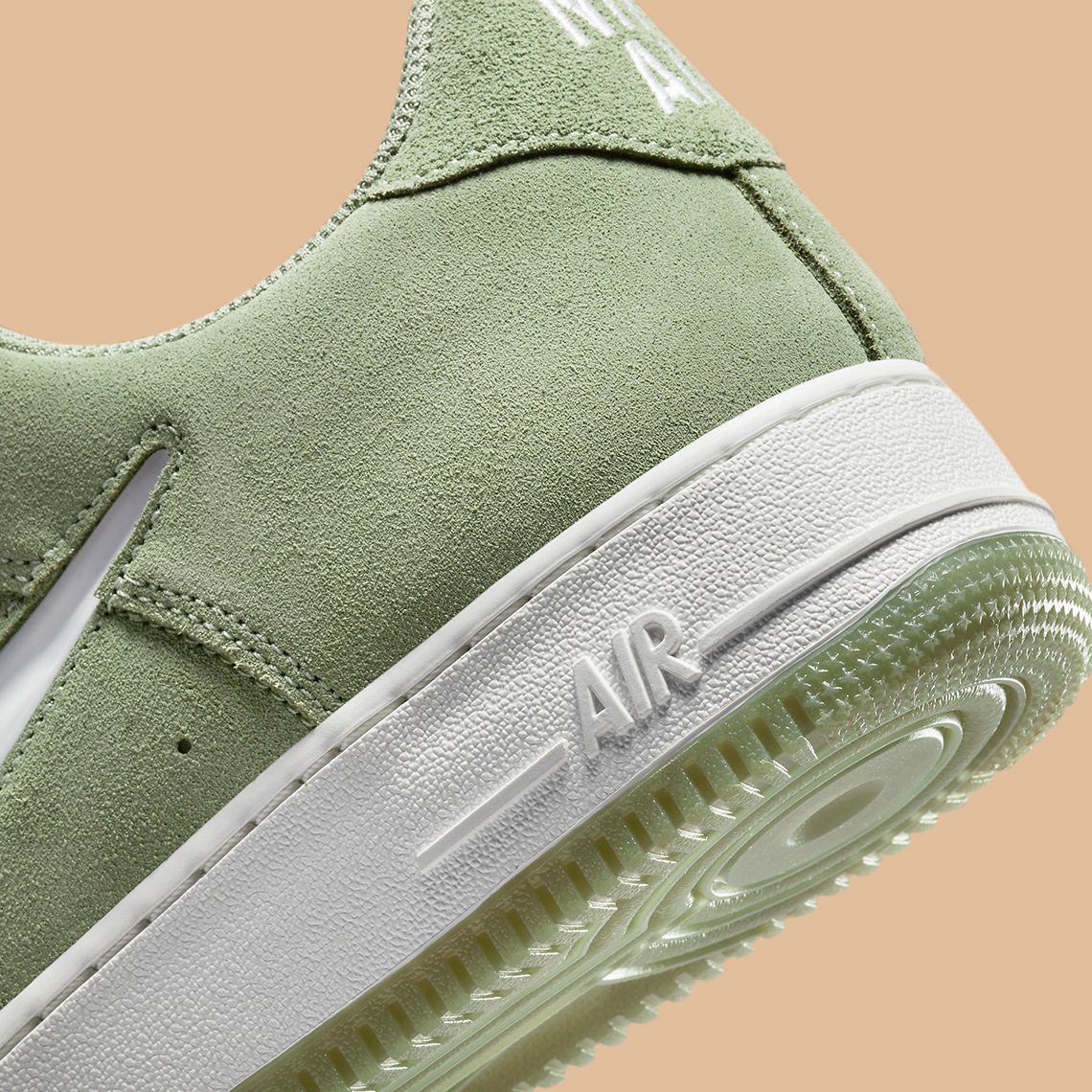 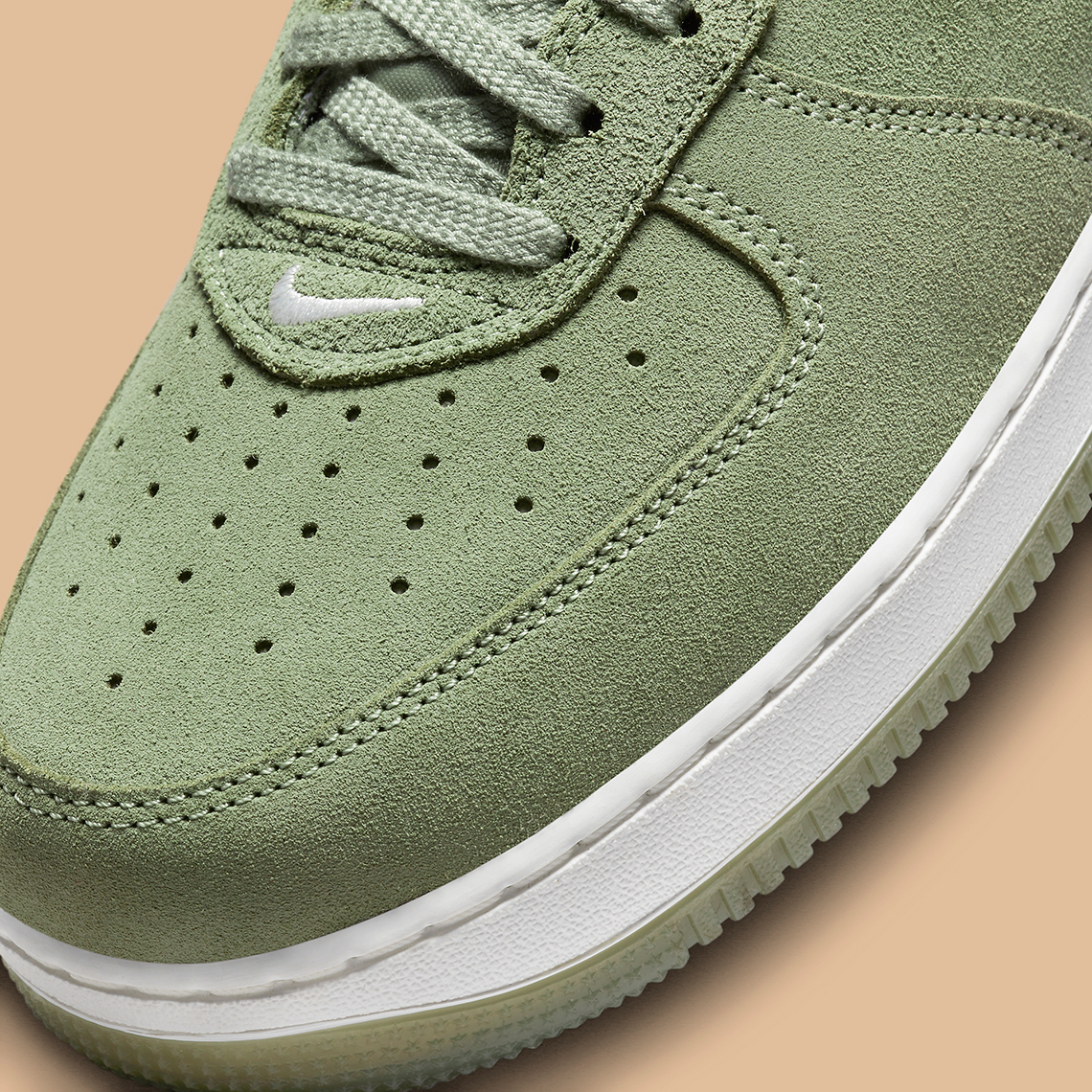