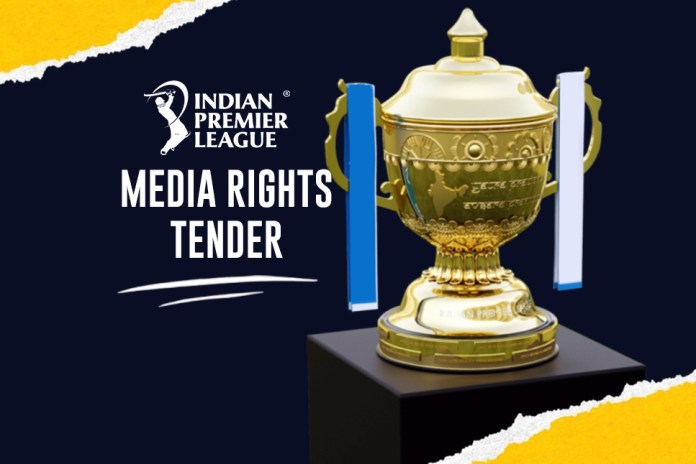 IPL Media Rights Tender – World’s Costliest Sports Properties: BCCI has declared in OPEN that IPL Media Rights Value will set new Sports Industry Benchmark. But can it really happen? Amercian Football league, NFL is the World’s Costliest Sports property in term of Per Match Value. BCCI and some industry experts are predicting that the UNTHINKABLE can happen and IPL Tender can shatter all previous records: Follow IPL Tender LIVE Updates with InsideSport.IN

According to industry estimates, IPL Per Match value in the e-auction will easily cross 100 Crore mark. And if that happens, IPL will become the World’s second most Costliest Sporting property.

IPL will overtake the likes of Premier League, Major League Baseball in Per Match Value:

From the industry perspective contrarian views are coming up on the values. Few like Elara Securities have predicted bid in RANGE of 60,000 Crore for entire package.

This will take IPL Per Match value above NFL which looks unlikely according to others.

“TV price per match may not see increase more than 20-25%. But the big increase will come from Digital Rights package. All put together the values can touch 115-120 Cr per match according to our estimates. Anything above that will be very difficult for anyone to digest”, said Sports Media Rights veteran and CEO of Sporty Solutionz Ashish Chadha

“I will not be surprised if it doesn’t cross Rs 40,000 crore. But competitive heat can take it over, Rs 50000 crore. But I really doubt it will go there” declared Harish Thawani, former CEO of Neo Sports

World’s Costliest Sports Properties: Currently, America’s National Football League (NFL) is considered to be the costliest SPORTS-PROPERTY in the World.

The per match value of NFL is in the range of 17.36MN i.e 133 Crores per match. This is followed by Premier League. EPL per match costs comes to round about 81 Crore per game.

According to InsideSport estimates – IPL Media Rights which currently stands at 54 Crore per match should easily cross the Premier League per match values.

This will make IPL the 2nd COSTLIEST Sports property in the WORLD. Even at Base Price, IPL now is almost equal to Premier League per match value figures.

“We are confident IPL Media Rights will set new bench-marking for the sports industry. Don’t want to predict any number. But BCCI is confident that it will be a record breaking number”, said BCCI’s Treasurer Arun Dhummal to InsideSport.

The BCCI has done away with composite bids this time.

A company can put in bids for all categories, but each of those bids will be considered as separate and the winner will be decided on the basis of the highest bid in each category.