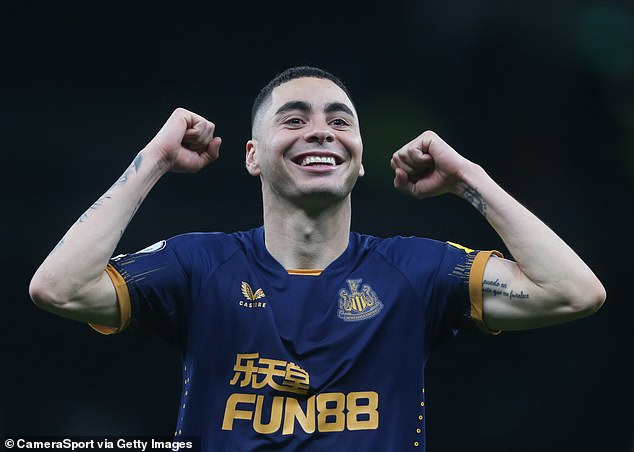 Newcastle United are reportedly to reward in-form Miguel Almiron with a new contract and end speculation over the winger’s long-term future at the club.

The 28-year-old is almost halfway into the five-year deal he signed when he joined from MLS side Atlanta United in a then club record £25million deal in 2019.

Almiron has been superb for Newcastle this season, scoring six goals in 12 Premier League games and becoming an integral part of Eddie Howe’s side.

His impressive form means the Toon are concerned rival clubs may make a move when the transfer window reopens in January.

And Almiron is set to be offered a new deal, according to The Telegraph. 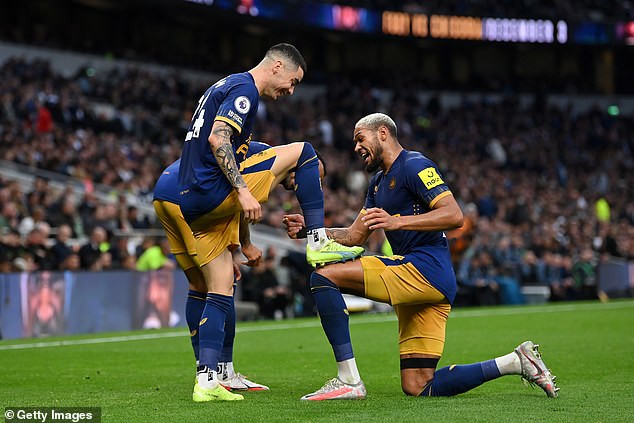 The winger has been superb for Newcastle this season, scoring six goals in 12 league games 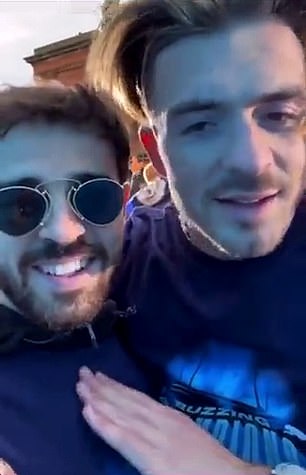 But ever since Jack Grealish’s derogatory mocking during Manchester City’s title celebrations, he has been in scintillating form for the Magpies.

However, Almiron has had the last laugh after scoring five in October – as many as Grealish has managed in 14 months for Man City.

Newcastle are keen to tie down their key players on long-term deals following the arrival of director of football Dan Ashworth.

Striker Callum Wilson has already been given a new deal by the club’s Saudi Arabian-led consortium.