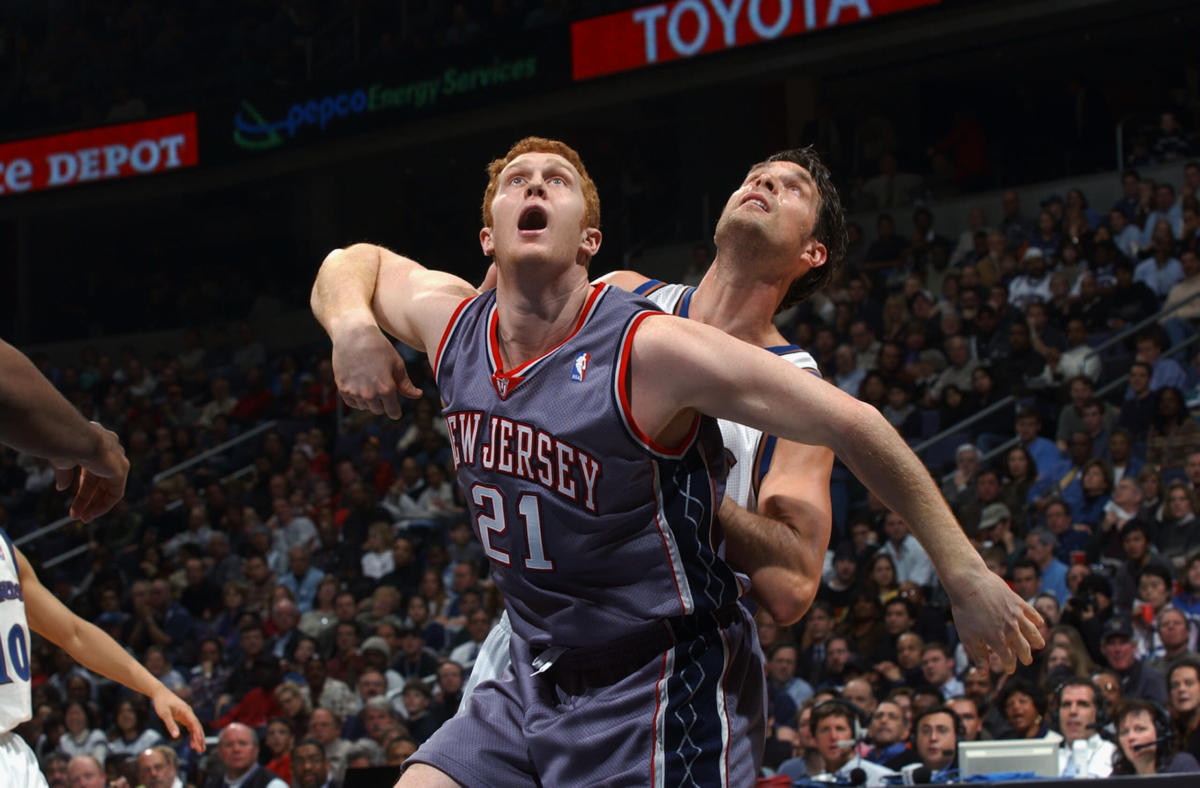 Following the 2000 NBA season, the New Jersey Nets were looking to improve their roster and the organization’s draft day decision made a major impact on the turnout of the 2001 campaign.

The Nets had a lottery pick, number seven overall, and the team had little intention of utilizing the pick. The Nets and the Houston Rockets had pre-draft talks around the trade value of the pick, but they hadn’t come to any decision until draft night.

Eddie Griffin was selected at seventh and immediately traded to the Houston Rockets for Brandon Armstrong, Jason Collins and Richard Jefferson. Jefferson proved to be an essential part of the Nets 2002 NBA Finals run.

Scalabrine, better known as the White Mamba, was injury prone over the first few weeks with the organization. Scalabrine’s nickname hadn’t developed into White Mamba yet so Nets teammates dubbed him Veal, a play on the dish veal scaloppini.

Scalabrine joined the the Boston Celtics and found himself apart of another championship team, really developing into a fan favorite in Bean Town.

The Nets ended the season as one of the best teams, led by playmaking legend Jason Kidd. New Jersey pushed through the playoffs into the NBA Finals in 2002.

The Nets were swept in the NBA Finals by the Los Angeles Lakers.