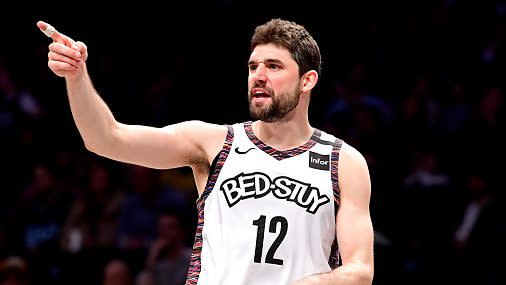 There were concerns that Joe Harris‘ November surgery for a loose body in his ankle didn’t take and he could need a second surgery. There had been reports he was having “little setbacks,” which is never a good sign.

Now it is official: Harris will have a second surgery on his ankle and is out for the season, Nets GM Sean Marks told the YES Network.

Harris was shooting 46.6% of the 6.5 3-pointers a game in the early weeks of this season. The Nets made sure to get Seth Curry as part of the Ben Simmons trade to provide some of the floor spacing and shooting that Harris provides, something the Nets need around their stars.

Next season the Nets could be even more dangerous, paring Harris and Curry at points to provide a lot of shooting around Kevin Durant, Ben Simmons, and likely Kyrie Irving (he can opt-out and become a free agent). For now, they will miss Harris for their stretch run and the postseason.

Three Things to Know: Can we get seven games of Bucks vs. Heat? Kevin Durant to return for Nets-Heat on Thursday NBA Power Rakings: Suns stay on top, barely, with Heat, Grizzlies close

Nets’ Joe Harris out for remainder of season, to have second ankle surgery originally appeared on NBCSports.com