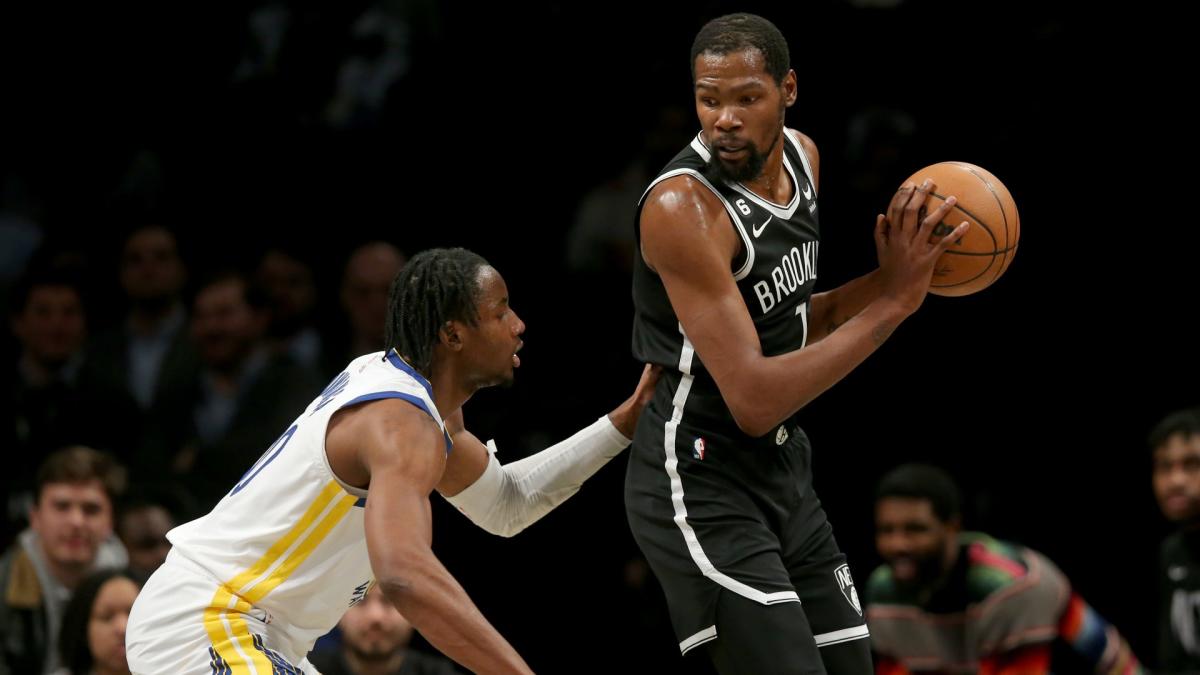 The Brooklyn Nets are on fire.

Having won six in a row on the way to a 19-12 record and an ascension up the Eastern Conference ladder, the Nets continued rolling against the Golden State Warriors on Wednesday.

Kevin Durant and Co. led the way as Brooklyn seized a 91-51 advantage at halftime, which marked their most points scored in the first half in franchise history. It also was the third-highest first-half points total in NBA history.

Brooklyn led 46-17 after the opening quarter and outscored Golden State again 45-34 in the second.

Despite not having Kyrie Irving due to a calf injury, Durant, Royce O’Neale and Nic Claxton were in double figures to lead the way in scoring. Durant alone had 21 points, four assists and three steals on 88.9% field-goal shooting at the half. Ben Simmons and Edmond Sumner hit double-digit points early in the third quarter.

But it was James Wiseman who led Golden State in scoring at halftime, logging 17 points on a perfect 7-for-7 shooting clip off the bench.