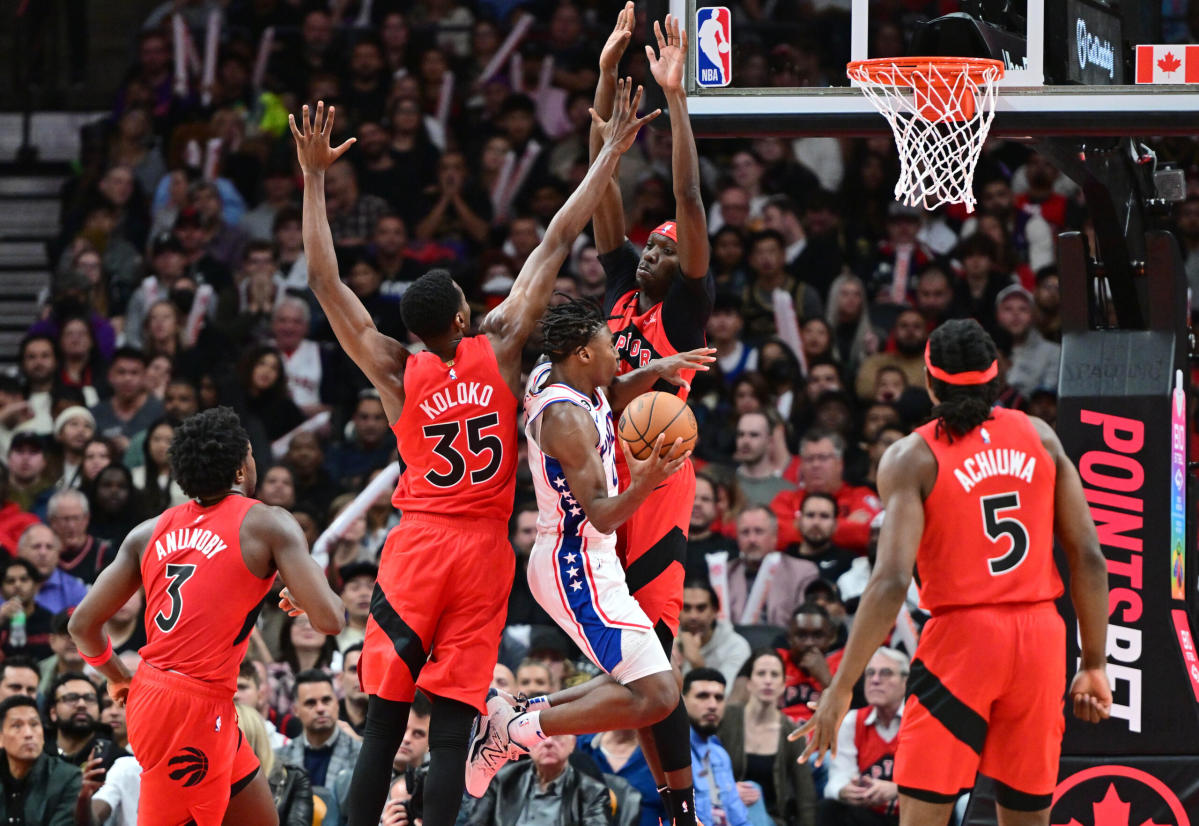 The Philadelphia 76ers needed a win in the worst way on Friday and they got it when they were able to come away with a 112-90 win over the Toronto Raptors. Despite missing Joel Embiid, the Sixers were able to go into a hostile environment in Toronto and come away with a win to get back on track.

The main reason why Philadelphia came out on top was due to the play of Tyrese Maxey. The third-year guard out of Kentucky stepped up and had a huge night going for a career-high 44 points while knocking down nine triples on 12 attempts. He was a perfect 10-for-10 overall and 7-for-7 from deep in the first half as he made NBA history with his play.

NBA Twitter gave their best reactions to Maxey having a huge night and leading the Sixers to a big win on the first night of a back-to-back on the road trip.