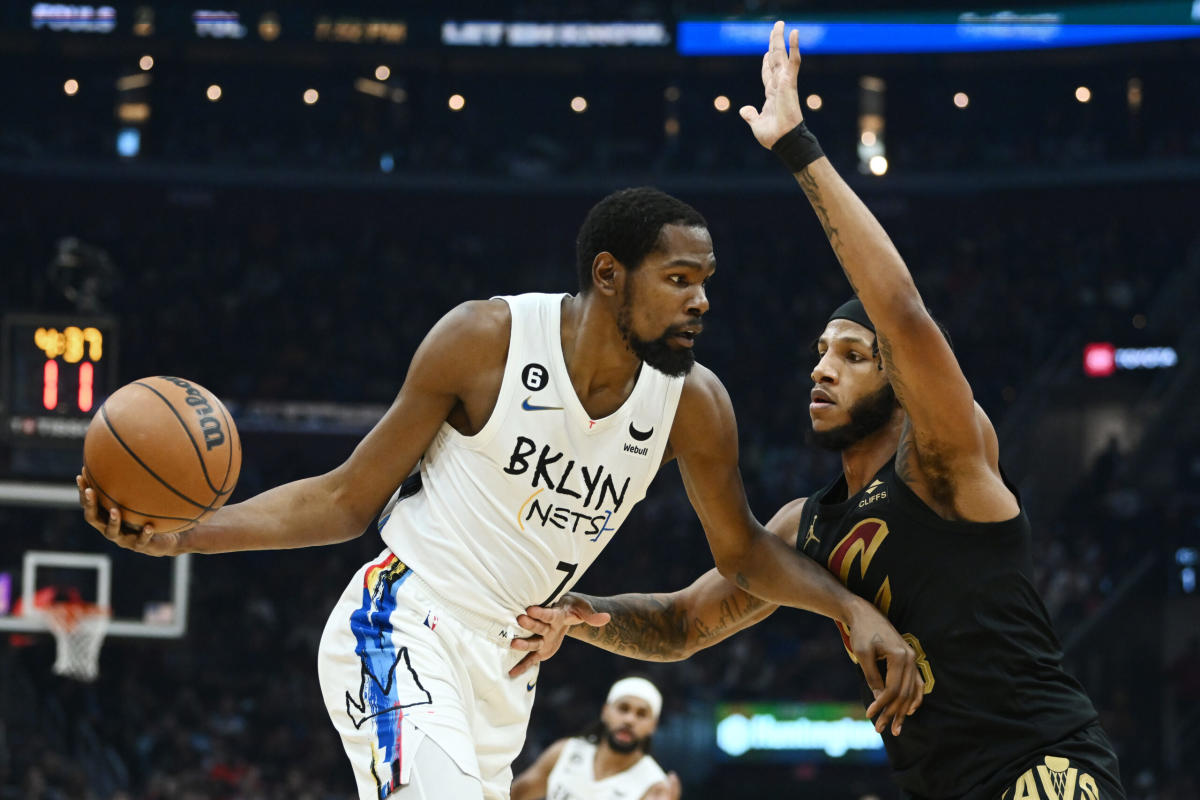 The Brooklyn Nets took a trip on Monday to Rocket Mortgage Fieldhouse to take on the Cleveland Cavaliers and won 125-117. Brooklyn now leads the regular-season series 1-0.

For the Cavaliers, Darius Garland had 46 points and eight assists while Donovan Mitchell had 15 points and five assists. Evan Mobley had 12 points and six rebounds as Cedi Osman had 11 points and two assists off the bench.

This became a game of who was better from behind the three-point line. Brooklyn shot 60% from three-point while the Cavs shot 36.1%. It looks like the Nets concentrated of closing out on the Cavs and making them take mid-range shots or drive to the rim.

Brooklyn won the rebounding battle 38-33, but allowed Cleveland to win the points in the paint battle 48-34. Ultimately, the Nets had everything working in this game as they led by as much as 19 points that gave them the cushion to withstand the Cavs run in the fourth quarter.

Here’s how NBA Twitter reacted to the Nets’ win: