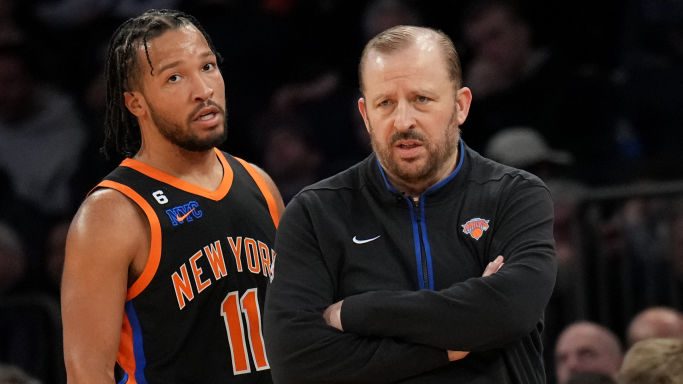 This is not a deterrent — if the price of landing an All-Star level player is a second-round pick, teams will factor it into the cost of doing business and happily pay it.

The NBA’s nearly five-month investigation into the Knicks is complete and the league announced Wednesday that New York “violated league rules governing the timing of this season’s free agency discussions.” Meaning the Knicks tampered with Jalen Brunson. Which everyone knew they did.

The punishment is the Knicks lose their 2025 second-round pick.

The Knicks are laughing about that all the way to the No.6 seed in the East (where they sit as of this writing). Brunson is averaging 20.8 points and 6.2 assists a game, has been the steady floor general the Knicks need and has played like an All-Star.

What is the evidence the Knicks tampered with Brunson? How about the multiple reports the sides had agreed to terms before free agency officially opened? Also, the Knicks hired Brunson’s father, Rick Brunson, as an assistant coach (although he has been on Tom Thibodeau’s staff before), and Knicks’ president Leon Rose is a longtime family friend of the Brunsons while Rose’s son, Sam Rose, is the younger Brunson’s agent. Then there was Knicks executives William “World Wide Wes” Wesley and Allan Houston, as well as forward Julius Randle, sitting courtside for a Mavericks-Jazz playoff game in Dallas (to be seen by Brunson).

Everyone knew what was happening, and nobody was surprised when Brunson agreed to sign with the New York Knicks for four years, $104 million early in free agency.

This year there were 38 new contracts agreed to and seven contract extensions signed on the first day of NBA free agency — nearly half of them the first 90 minutes after the free agent window opened. The NBA either needs to get serious about tampering or, more logically, tweak the rules and back off. To use Brunson as an example, why shouldn’t teams be able to contact him once the Knicks season ends? Free agents to be, once their season ends, should be open for recruitment without punishment. If the NBA wants to stop teams from tampering with players still under contract — reaching out to Kevin Durant or Luka Doncic, for example — that makes sense. But for a free agent to be? What are we doing here?

Apparently slapping teams on the wrist.

Check out more on the Knicks