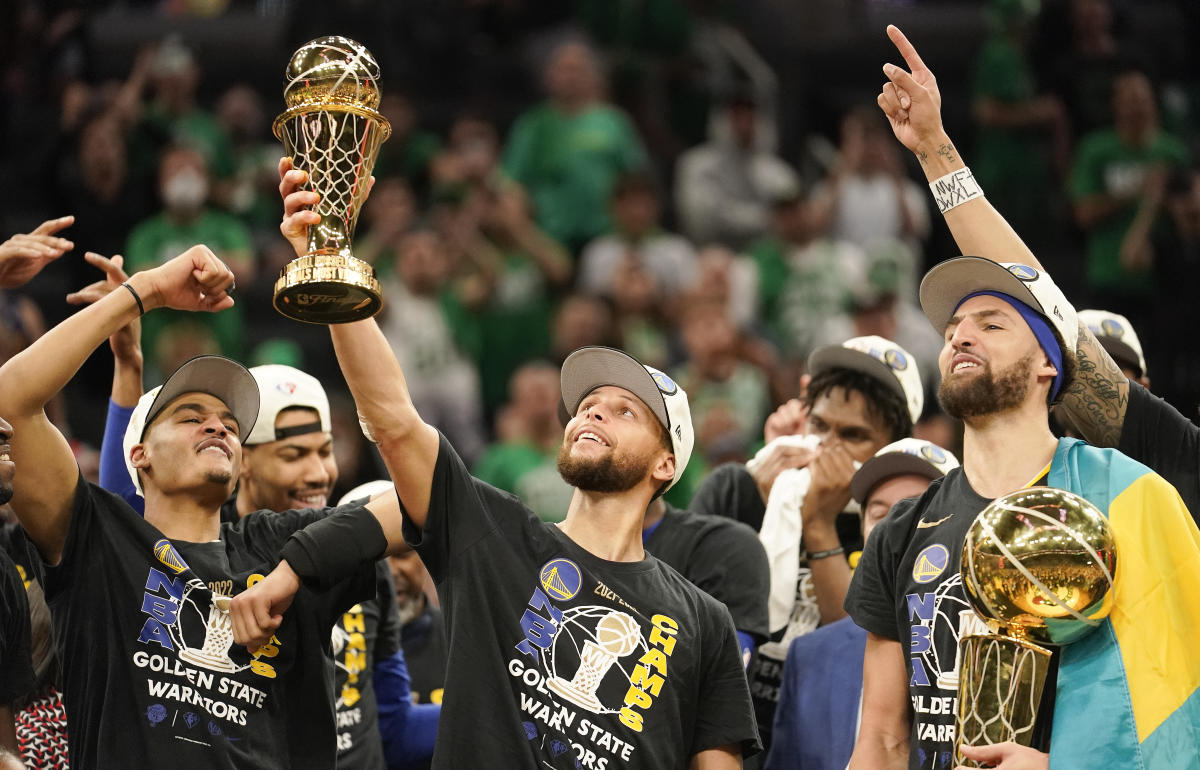 The NBA Finals ratings are getting better since their mid-pandemic nadir, but there is still some ground to make up.

ABC’s broadcasts of this year’s series, in which the Golden State Warriors defeated the Boston Celtics in six games, finished with a 22 increase in average viewership over last season’s NBA Finals between the Milwaukee Bucks and Phoenix Suns, ESPN spokesperson Ben Cafardo announced Friday.

All six games of the series reportedly won each night and key demographics, with an average 20.0 share on game night, the highest in five years.

That is the good news, which naturally comes from ESPN. The less good news, via Austin Karp of the Sports Business Journal, is that the 12.4 million average viewers were the lowest numbers outside of 2020 and 2021 since 2007.

The 2020 (7.5 million average viewers) and 2021 NBA Finals (9.9 million) represented a ratings low for the league for a variety of reasons, many attributable to the difficulties of the pandemic. The 2019 Finals averaged 15.1 million viewers.

Declining television viewership has long been an issue for the NBA. The league boasts one of the youngest fanbases in sports, which is great for social media engagement and expectations for the future, but not so much for ratings.

See also  Warriors vets would have interest in Rudy Gobert?

This year’s Finals got some help thanks to the compelling narrative of the return of the Golden State Warriors, but the overall product suffered due to the unusual number of blowouts in this year’s playoffs. No game in the entire Finals was decided by fewer than 10 points, even though there were multiple momentum shifts throughout the series.