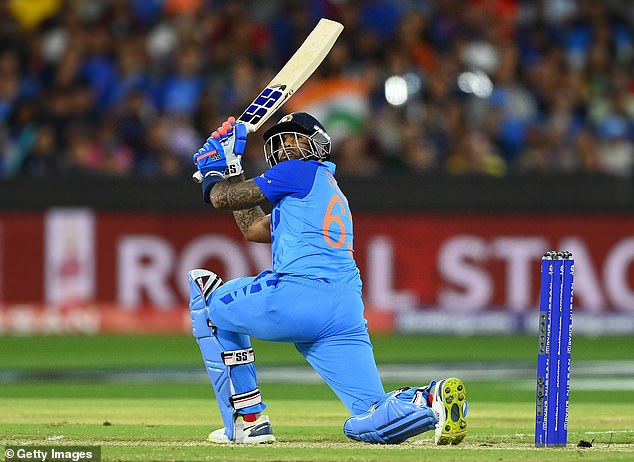 NASSER HUSSAIN: Virat Kohli is still the master and now has a freakishly talented apprentice in the man they call ‘Sky’… with big-hitting Rishabh Pant and Hardik Pandya in India’s line-up too, this will be some test for England

India play more Twenty20 cricket than any other side because of the IPL and are tremendously talented and experienced at this form of the game. They pose a huge threat to England in what will be a highly-anticipated semi-final here in Adelaide on Thursday.

However, there is no doubt that they are under more pressure than any other side in the game. They can go from hero to zero so quickly because of the fanatical support for them.

At the moment India are riding high and everyone now has them as favourites for this World Cup but if they make one slip up all the noise around them could suddenly become very loud. If you think England are under pressure, then multiply that by a million with India. 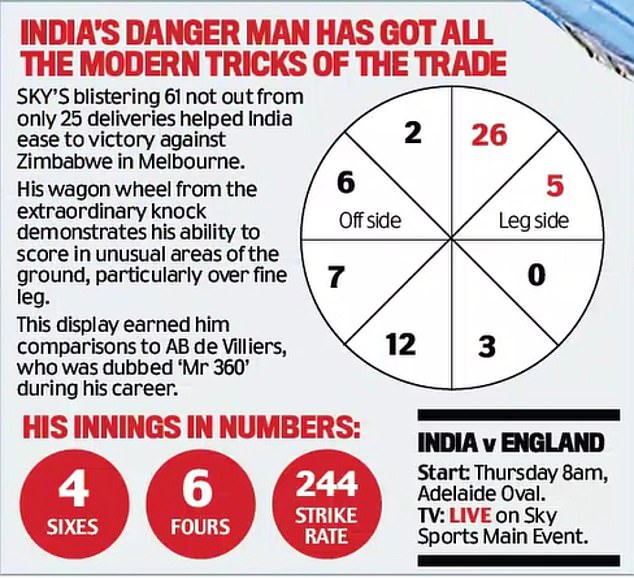 You have to say they have underperformed in world tournaments. At times they have played some timid cricket with the bat for the players they have and when working for Sky last summer their former coach Ravi Shastri said that is something they have to change.

See also  IND vs SA: It Looked Very Difficult With The New Ball

Rohit Sharma and KL Rahul do play in a slightly old-fashioned way in the first few overs but that has suited India in this tournament because the ball has moved around at the start.

India need to be more dynamic if they are going to win World Cups and that is where Suryakumar Yadav — or SKY as he is known — has been so important.

India’s dynamism will come at three and four where Virat Kohli is still the master and now has a considerable apprentice in SKY. I don’t think I have ever seen a better white-ball innings than the one Kohli played against Pakistan in the group stage at Melbourne. The way he paced his innings as well as some of the shots he played at the end — like hitting Haris Rauf straight back over his head for six — were remarkable. Any professional cricketer watching that on TV would have sat up and just said ‘wow!’ 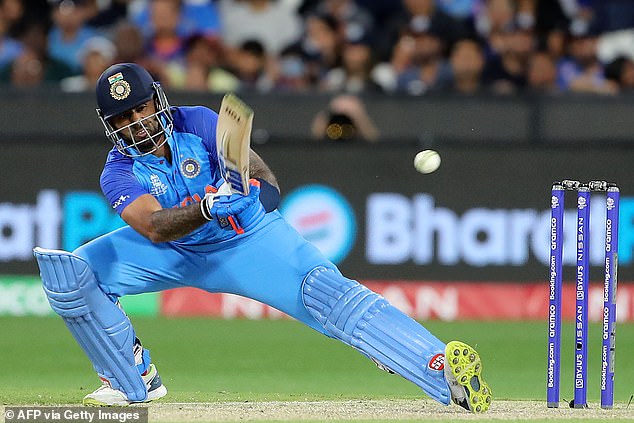 Kohli always seems to get the job done. He is such a street-fighter. He loves the combat and he loves the battle. The way he works the situation, knowing when to sit in and when to go, is phenomenal and he has a love affair with the Adelaide Oval.

Then comes India’s latest superstar: SKY is a freakish talent. The term ‘a 360 degree player’ can be overused but it is true in his case. He hits balls from outside off-stump over deep square leg for six. He has wrists and levers that strike the ball in incredibly unusual areas. And he has power, bat speed and all the things a modern white-ball player needs.

Just look at some of the statistics. Suryakumar has hit 59 sixes in T20 internationals in 2022, the most of any player in a calendar year. He averages 42 against high pace with a strike-rate in excess of 150 and he is the fastest starter in the middle overs of any player who has played this form of the game, striking at 140 as soon as he walks out on to the crease. 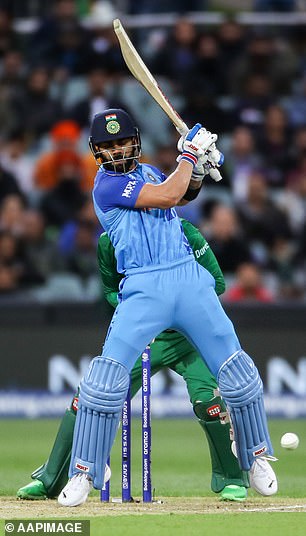 It is hard to find any weakness but his record against slow left-arm spin is the only thing that doesn’t really stand out. In the last couple of years Sky averages 29 and strikes at 120 against slow left-armers but unless England promote travelling reserve Liam Dawson to their squad in place of the injured Dawid Malan they do not have that left-arm option.

India had been using Dinesh Karthik as their finisher but Rishabh Pant was back against Zimbabwe in their final group game on Sunday and is a freakish player in his own right. It will be interesting to see how they go with their keeper-batsman against England. I would choose Pant because of the unbelievable things he can do. Ideally India would want Hardik Pandya coming in after Pant for the last five overs because he is a serious hitter and gives them that extra bowling option.

England will try to bowl waist high to him using the information analyst Nathan Leamon provides for them.

As for India’s bowling, Arshdeep Singh has been brilliant with the new ball and gives India that left-arm variation while the clash between Bhuvneshwar Kumar and Jos Buttler and Alex Hales at the top will be key. They both have to be wary of the inswinger, if the ball moves.

Then there is the spin threat of Axar Patel and Ravi Ashwin while India might also consider the leg-spinner Yuzvendra Chahal unless they fear it weakens their lower order. I don’t know yet whether the semi-final will be on another used pitch but England’s playing of spin here has not been the greatest and they will have to be better against India.

This then will be some test for England and it will feel like they are playing in India because of the huge support the opposition will have and that is where England players’ experience in the IPL and the calm head of someone like Ben Stokes is vital.