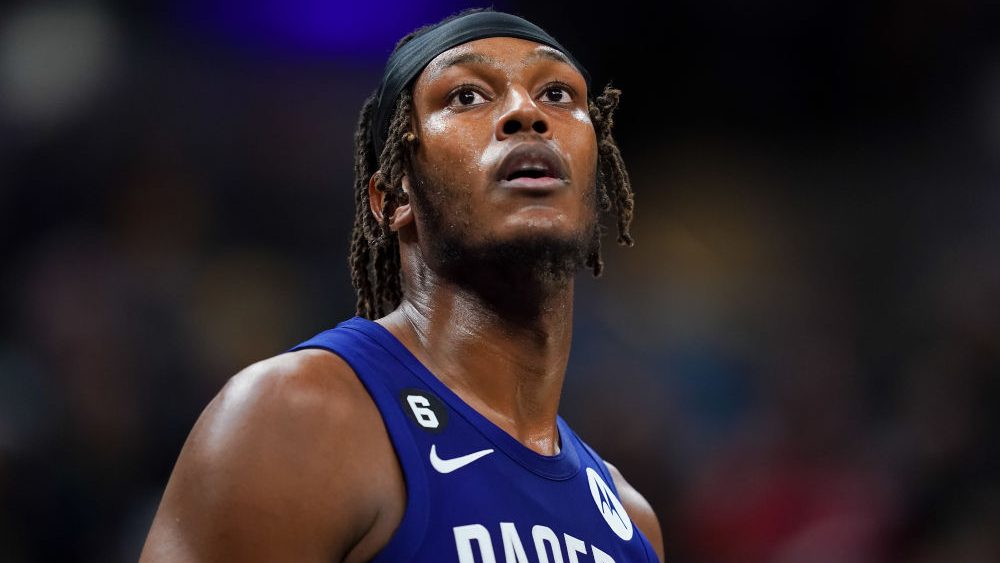 Myles Turner heard his name come up all summer in trade rumors, particularly to the Lakers in a massive Russell Westbrook swap. It never happened as the Lakers would not throw in two first-round picks to seal the deal. Since the season started, the trade rumors around Turner have not stopped, with the Clippers mentioned as having interest.

Turner is trying to ignore all of it.

That was especially difficult on a recent swing through Los Angeles, and Turner spoke to Law Murray from The Athletic about it.

“Nothing changes,” Turner told The Athletic.”Just go out there and focus on getting wins for this team. That’s just where my focus lies. You can’t pay attention to outside noise … doesn’t change anything, bro. All I can do is go out there and play my game.”

Every player says some version of that, but Turner has lived up to it. Able to play his natural spot at the five without Domantas Sabonis sharing the paint (Sabonis was sent to the Kings in a trade that brought back Tyrese Haliburton to Indiana), Turner is averaging a career-high 18 points and 8.5 rebounds a game, while shooting 39.7% from 3. Plus, Turner remains an elite rim-protector, averaging 2.6 blocks per game (second in the league).

Turner is playing the best basketball of his career, coincidentally as he heads into summer as a free agent.

Whatever team trades for him will have to pay him next summer impacts Turner’s trade market, as does the fact that the Pacers are a surprising 12-8 start — Indiana is reportedly not as eager to trade Turner. If a team wants to trade for him, they are going to have to overwhelm the Pacers.

Turner has hinted he likes the idea of a brighter spotlight than he has seen in recent years, but in the end money will talk. Turner has kept his head down and his play this season has earned him more of it.

Check out more on the Pacers