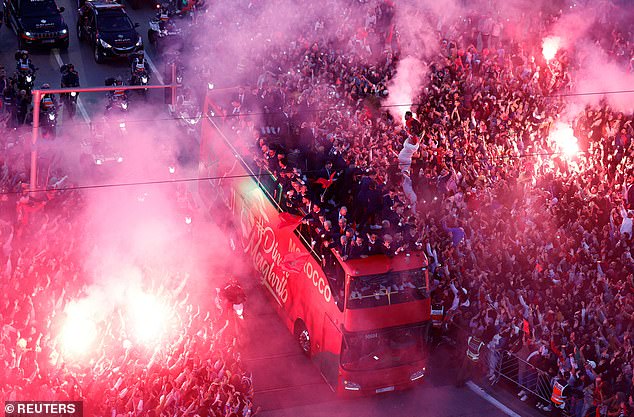 Morocco’s stars receive heroes’ welcome in Rabat after remarkable fourth place finish at the World Cup, with Walid Regragui’s side receiving royal honours from the King

Morocco’s World Cup stars were greeted by thousands of fans on their return to Rabat, with an open top bus parade held for Walid Regragui’s side after their fourth place finish in Qatar.

The Atlas Lions’ stunning run to the World Cup semi-finals was one of the memorable storylines from the tournament, before their eventual 2-0 loss to defending champions France.

Regragui’s side became the first African and Arab nation to reach the last four of the World Cup, after earning a series of surprise victories. 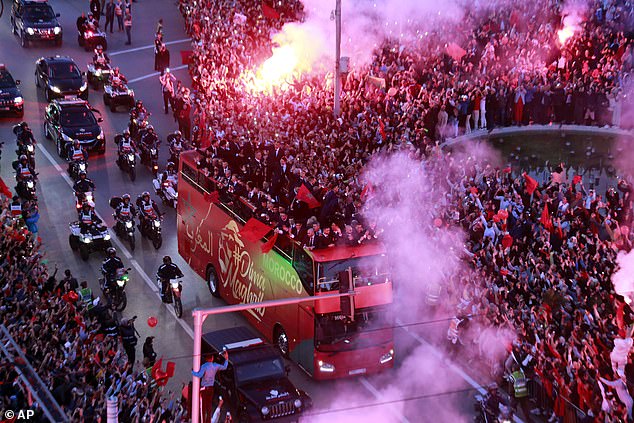 Morocco overcame 2018 semi-finalists Belgium in the group stage, before beating Spain on penalties after a goalless draw in the last-16.

The historic semi-final was secured with a 1-0 victory over Portugal in the last eight, with Achraf Hakimi and Sofyan Amrabat among those to star in Qatar.

Morocco had been backed with considerable support throughout the tournament, with thousands of fans travelling to the Gulf nation to follow the surprise run into the latter stages.

The team were greeted by similar numbers on their return home, with crowds lining the streets in support of the team carrying flares and flags. 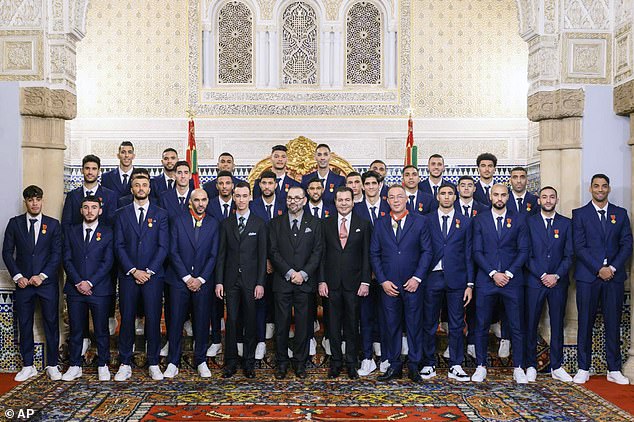 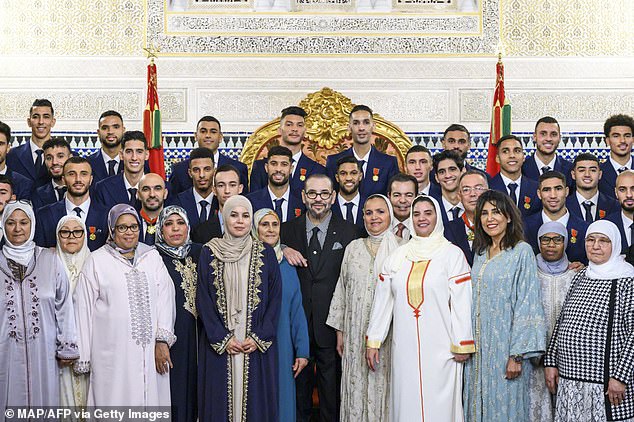 King Mohammed had been seen among fans celebrating Morocco’s World Cup success during the competition, having been seen wearing the team kit in a car.

Regragui and Moroccan Federation of Football President Faouzi Lekjaa were made commanders of the Order of the Throne, the second class honour awarded by the King.

The players were joined by their mothers at the event, with their celebrations on the pitch during the tournament having been shown worldwide.

Morocco were beaten 2-1 by Croatia in the third-placed playoff, with coach Regragui expressing his pride at his side’s run.

‘Before the tournament we were given 0.01 per cent chance of doing this, and we got to the last four,’ Regragui said.

‘We are now one of the top four teams in the world, and if you had told me that before the tournament I would have taken it. I would not have changed anything.’